For the better part of two thousand years, the waxwing was credited with an amazing power.

It was believed in all earnestness that these gentle, crested fruit-eaters glowed in the dark.

Pliny reported that their feathers were said to “shine like flames” in the dark forests of central Europe. The Latin scholar Solinus went further: Not only did waxwings throw off a warm glow, he said, the Germans used captive birds to light their way when they were obliged to travel by night.

But at the end of the sixteenth century, the great Italian bird man Ulysses Aldrovandi was skeptical. In his twelve-volume encyclopedia of ornithology, Aldrovandi admits that the waxy red tips on the bird’s wing feathers are beautiful, but he dismisses the notion that they give off any kind of light.

How could he be so sure?

“For nearly three months,” he writes, “I kept a waxwing alive in my house and observed it through the night.” He goes on to note the bird stubbornly failed to emit flames or light of any kind.

Today, no one thinks that waxwings glow in the dark. But that doesn’t stop these winter nomads from brightening the birdwatcher’s day.

Support comes from Sasquatch Books, offering BirdNote, the Book. Full of chirps and quirks, and it's wrappable for holiday gifts. More at SasquatchBooks.com. 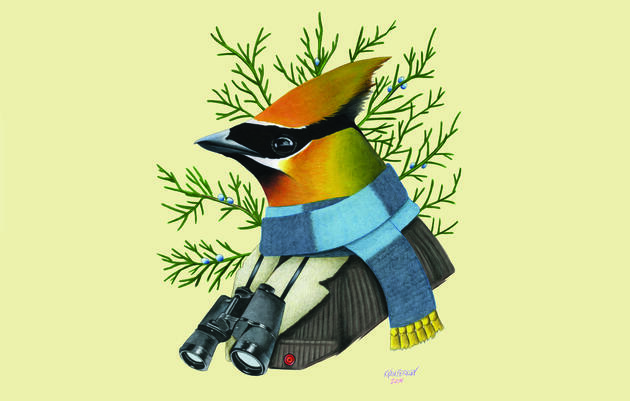 Ryan Berkley reimagines this avian just in time for the Christmas Bird Count. 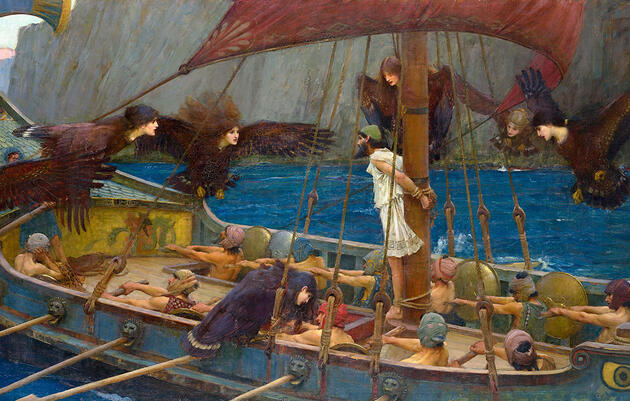 Sirens of Greek Myth Were Bird-Women, Not Mermaids

A new translation of Homer’s Odyssey corrects the record: The Sirens' seductive power lies with their otherworldly, avian knowledge. 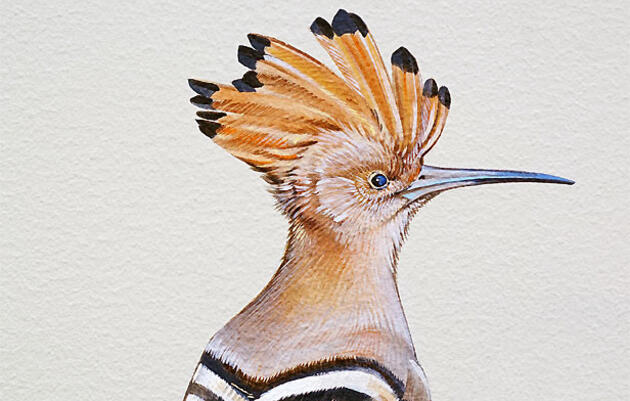 A New Book Illustrates the Story of Birds on Every Continent

Jane Kim's mural documents the rise of Aves across the world, while staying true to the artist’s aesthetic.