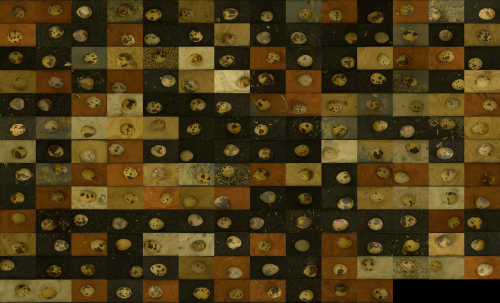 A composite image of quail eggs on sand. Which ones do you think are camouflaged best? (Photo courtesy of Lovell et al., Current Biology)

Japanese quail try to protect their colorful eggs from predators by using a form of customized camouflage, according to a new study in the journal Current Biology. Each quail chooses where to lay her uniquely colored and patterned eggs based on where they blend in best with their surroundings.

Vision scientist George Lovell and colleagues decided to investigate quail egg camouflage after realizing that, while quail eggs come in many patterns and colors, eggs from the same female quail tend to look quite similar. “You could almost tell which quail had laid particular eggs,” says Lovell, who does his research at Abertay University and the University of St. Andrews in Scotland.

The scientists tested the birds’ camouflaging skills in the lab by giving them the option of laying eggs on white, yellow, red, or black sand. They took pictures of all the eggs and backgrounds and evaluated how easy they were to spot.

They found that the quail concealed their eggs in two different ways. When more than 30 percent of an egg was covered in splotches, the quail laid it on sand that matched the spots. Called “disruptive coloration,” this technique makes it difficult for potential predators to make out the edges of the egg. It’s the same principle that makes army camouflage effective and allows moths to blend in with trees. Birds with relatively unspotted eggs laid them on the sand that best matched the eggs’ background colors. 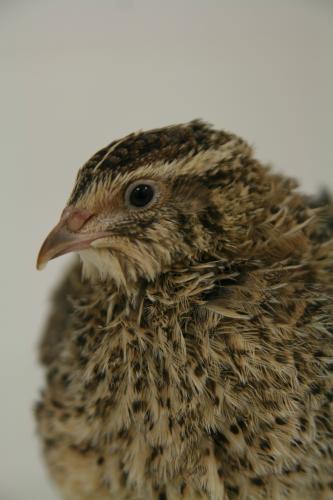 “That’s the first direct evidence that birds tend to use camouflage to hide their eggs,” Lovell says. He hypothesizes that quail learn to recognize their own eggs over time, allowing them to choose safe laying locations.

It’s also the first time that an animal has been shown to select locations for camouflage based on its own traits, rather than more general characteristics of its species.

Lovell suspects that the birds could do better at camouflaging their eggs in the wild, where they would have a whole range of sand colors to choose from rather than just four.

He says that camouflage may be important for quail, which have many mammalian predators, because they lay their eggs in holes in the sand rather than in more inaccessible places like deep cavities. If they don’t want their eggs to become lunch, they need to make sure predators will pass right over them.