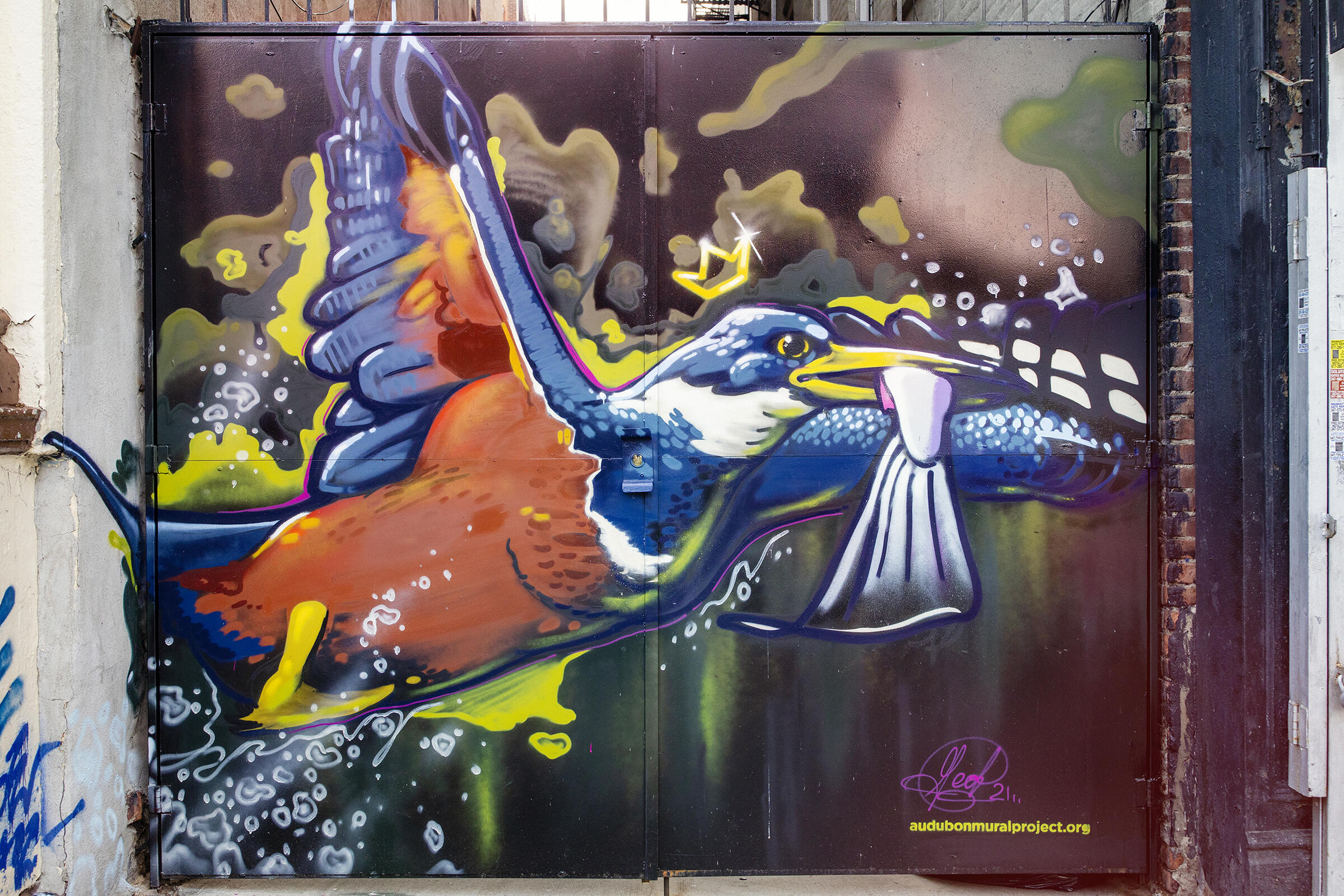 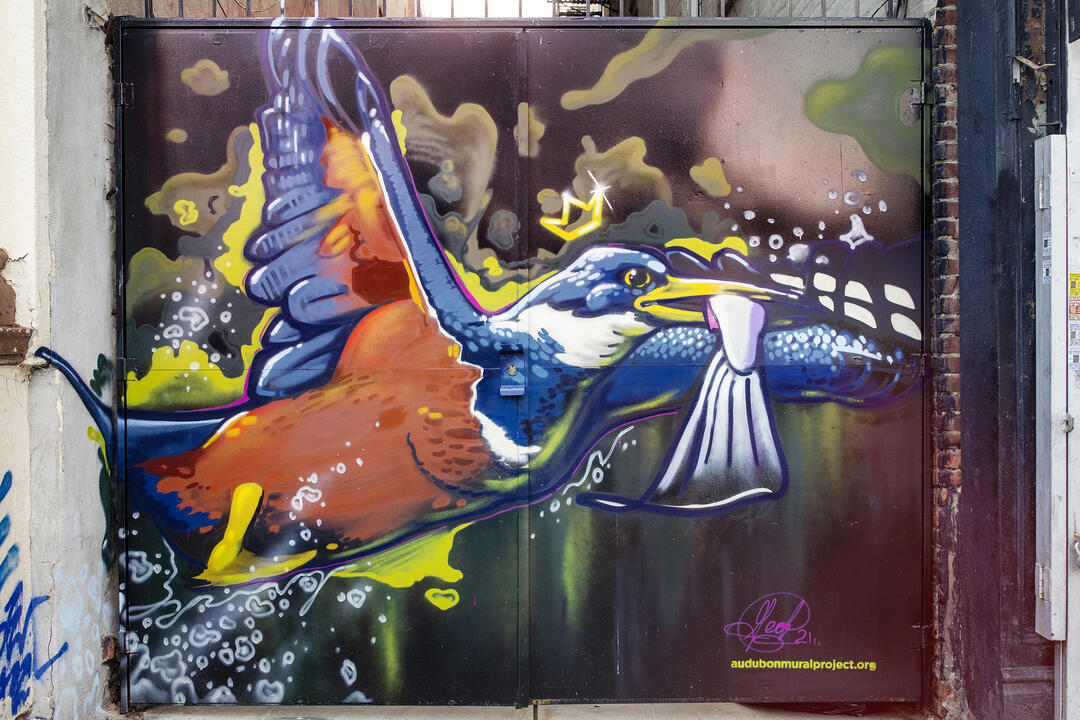 About the Bird: Ringed Kingfishers perch high above rivers, large streams, and ponds in southern Texas and throughout the American Tropics—an ideal vantage to watch for prey. When the bird spots a fish close to the surface, it plunges headfirst into the water, catching the meal in its bill. Although Ringed Kingfishers have become more common in Texas since the 1960s, climate change will once again reshape their range. The bird is poised to lose significant breeding habitat in Mexico, and increased drought and spring heat waves will also threaten its survival.

About the Artist: Growing up in New York City, Geobany was heavily influenced by the graffiti of the '90s—especially productions from graffiti crews like TATS and FX that would show the versatility of spray-can art, go beyond beautiful lettering, and pave the way for graffiti-based public art. After studying psychology at Boston University, Geo continued to use art as a medium for self-expression and enrolled in classes at the School of Visual Arts and later at the Fashion Institute of Technology, where he developed traditional artistic techniques. Meanwhile he honed his skills with a spray can at venues like 5 Pointz and the Bushwick Collective, where experimentation and exploration of the art form were encouraged. Geo moved to the Boston area in 2012 and participated in Bartlett Yard’s Mural Festival, the Arts in the Park showcase, and the Juneteenth Celebration at the Boston MFA. Now back in New York City, Geo is happy to continue painting murals and adding more life to an already vibrant place.