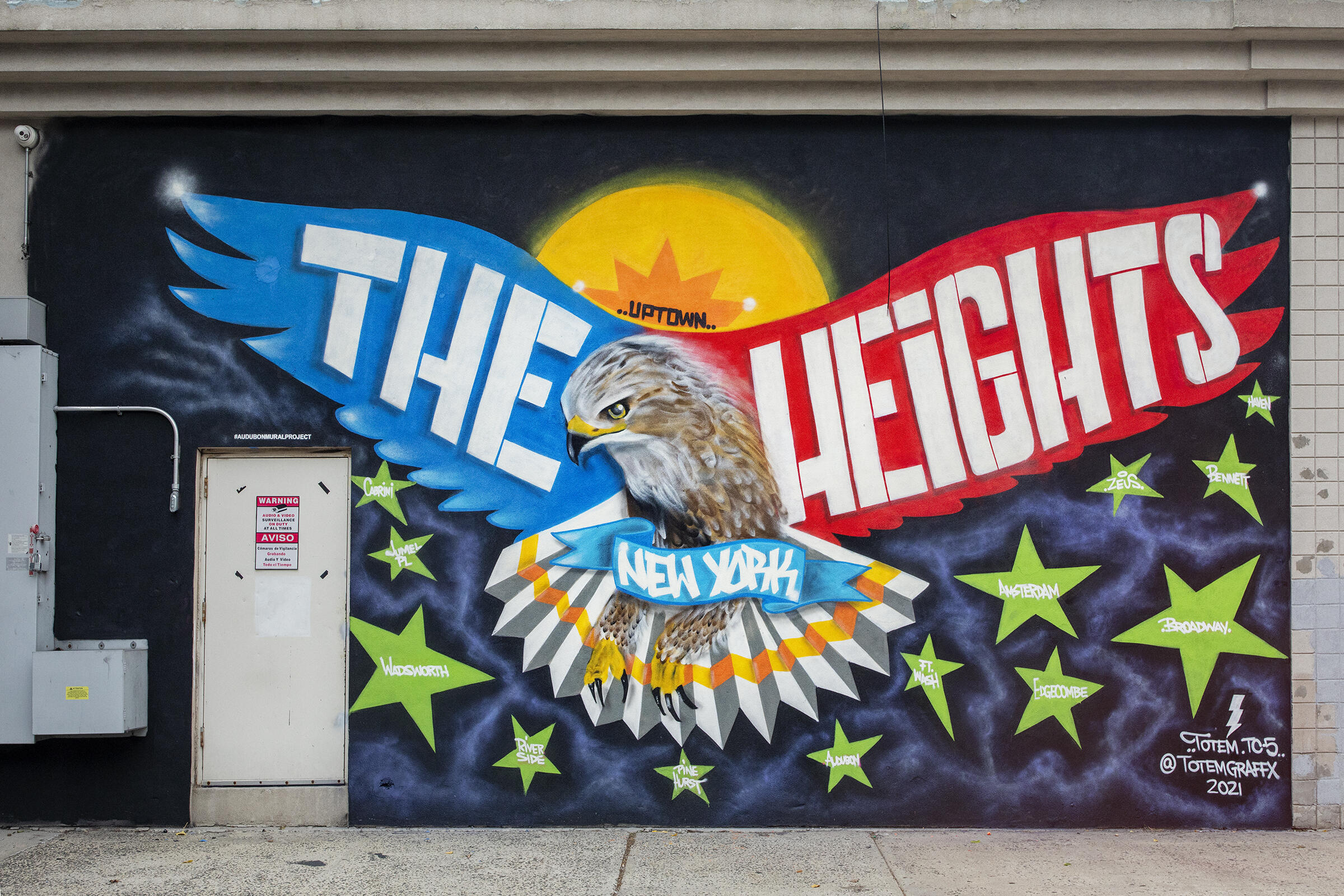 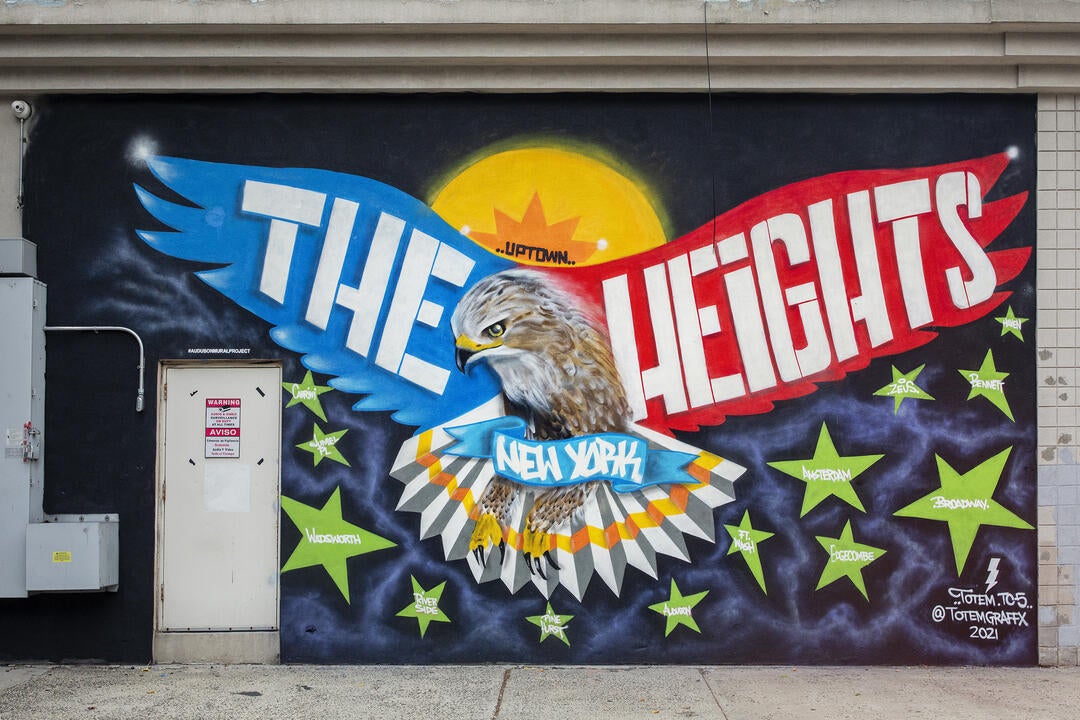 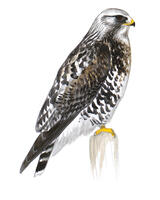 About the Bird: The Rough-legged Hawk likes cold climates. It nests in the Arctic and most birds dip down only as far as central United States even in winter. The feathers that cover the its legs down to its toes help make this lifestyle possible—and inspired the hawk’s name. Birds that nest almost exclusively in the Arctic face an existential conundrum with climate change, and the Rough-legged Hawk is no exception. As the tundra warms, there is nowhere further north for the bird to go. The hawk will likely lose 71 percent of its breeding ground by the end of the century if global warming continues apace and gain a mere 5 percent.

About the Artist: TOTEM is an artist born and raised in the Washington Heights neighborhood of New York City, where he painted a Rough-legged Hawk, he says, “for the community and for all to enjoy.” TOTEM attended the High School of Art & Design in New York City. He has a graffiti background in aerosol art, but he works with all media, especially with murals, canvases, and apparel. For over a decade he has worked at New York–Presbyterian hospital, where he loves his job as a member of the Blood Marrow Transplant team—but still finds time for his art.