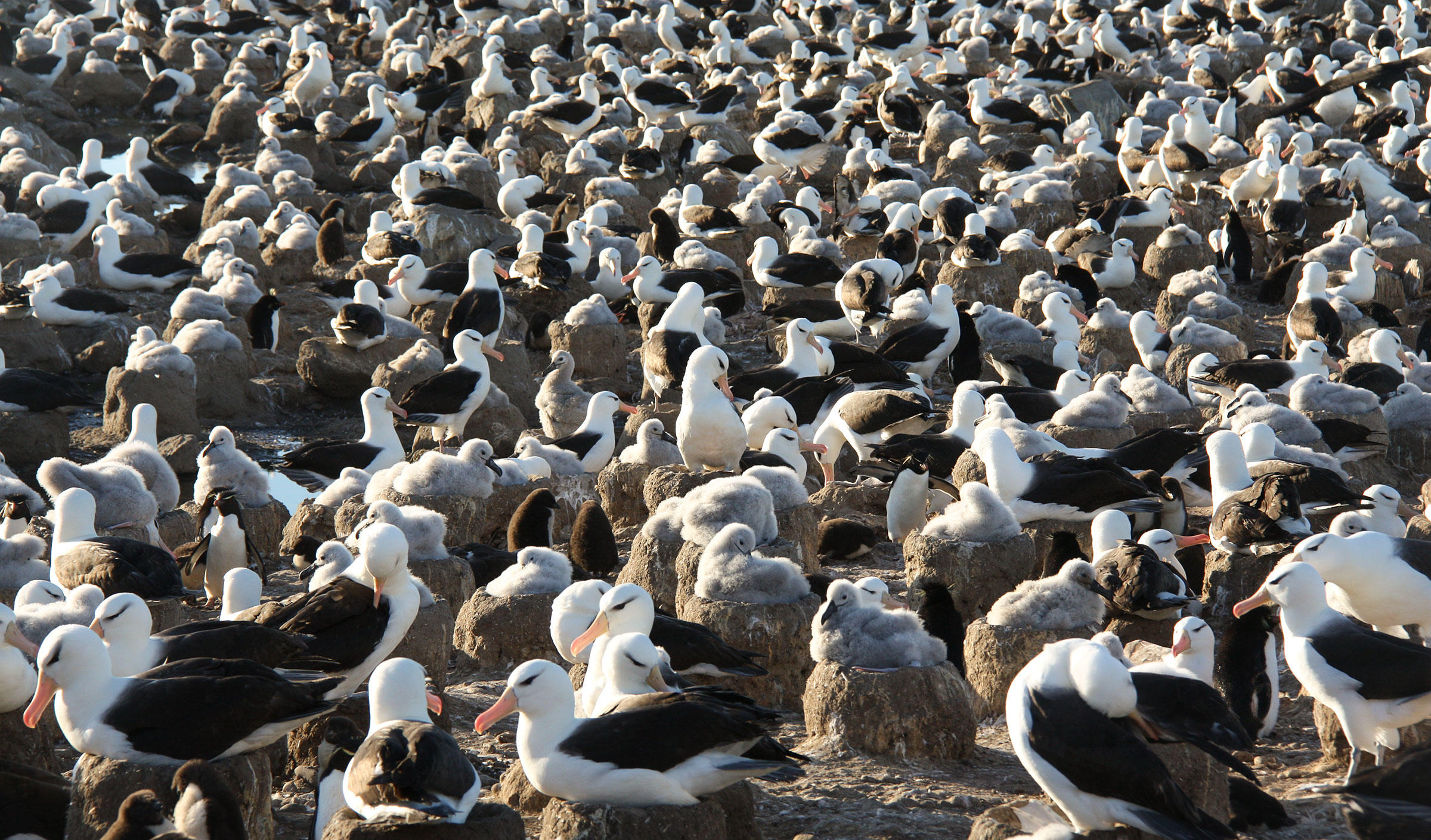 Secrets of Scat: What an Albatross’s Diet Reveals About Fisheries

By studying fish DNA in albatross guano, scientists can infer where and how the birds cross paths with dangerous fishing vessels.

Every year, between 160,000 and 320,000 seabirds are unintentionally killed by commercial fisheries. While scavenging for discards that fishermen toss back into the sea, birds collide with fishing cables, become ensnared on hooked longlines, or get tangled in trawl nets. Fishing is the primary threat to the survival of albatross in particular, especially in the Southern Ocean where the majority of these species roam.

To help the birds, many regions now ban fisheries discards—made up of undesired catch or processing waste—to reduce the allure of fishing vessels. Yet it’s difficult to judge if these measures are working across vast stretches of ocean. Now researchers say they’ve found a new way to measure the effectiveness of these fishing interventions and monitor seabird diets at the same time. The key, they say, lies in albatross scat.

In a new study, researchers from the University of Tasmania explain how they used DNA barcoding—an evolving tool in conservation—on Black-browed Albatross scat to find out if there is overlap between the diet of this sub-Antarctic species and the fish caught (and discarded) by regional fisheries. "We wanted to see: Can we detect fishery discards in the diet through this technique?" says Julie McInnes, a marine biologist at the University’s Institute for Marine and Antarctic Studies and lead author on the paper.

Traditional diet sampling in birds usually occurs by examining the stomach contents of dead birds, or of chicks who impulsively regurgitate their food when approached—an inefficient and invasive method. But DNA barcoding enables non-invasive sampling of scat that identifies the genetic residues left behind by fish, and at a much higher resolution. Between 2013 and 2016, the researchers gathered hundreds of scat samples from six breeding sites, stretching across nearly 5,000 miles from the Falkland Islands to Macquarie Island in the Tasman Sea. The study marks the first time DNA barcoding has been used to examine seabird diet across such a large geographical area.

Using the technique, the researchers identified 51 fish species in albatross scat, including several that are fished commercially or caught incidentally as bycatch. That wasn’t a shock; if fisheries and albatross fish in the same areas, surely they’ll catch some of the same species.

However, at some sites, the scat contained fish species that albatross cannot acquire naturally because they live below the birds’ 16- to 20-foot diving range. In the Falkland Islands and Iles Kerguelen in the southern Indian Ocean, fish like Patagonian toothfish and deep-dwelling rockcod appeared in 44 to 64 percent of albatross scat samples in some years. It’s possible that birds collect the occasional fish that floats to the surface naturally. "But when it’s a large proportion of the diet at a population level, then you start to think: There’s more going on here," McInnes says. The results suggest the birds get the otherwise inaccessible fish directly from boats as they’re discarded overboard.

Notably, fishing records showed higher amounts of catch, with some data suggesting higher discards as well, in the waters around the Falkland Islands and Iles Kerguelen. Comparatively, some other regions showed no sign of discards in the birds’ diet, suggesting that protective measures—like reducing discards—may be working in those places, McInnes says. It could also mean that those albatross populations don’t interact with all fisheries to the same degree. "You get an idea of how often birds are engaging with the vessels in different zones. I think that’s really important information that the fisheries are actually looking for."

She stresses that it isn’t the study's aim to name and shame fisheries, which are generally trying to improve their practices—especially in the Falklands, where efforts are underway to reduce discards. Rather, the value of the widely applicable technique is that it could offer a snapshot of how well fishing regulations are working to protect all kinds of seabirds globally.

"If you could repeat this process, you could get a very nice picture of which species the birds are targeting each season and relate it to fisheries," says Oliver Yates, program officer for the Albatross Task Force, a joint effort by BirdLife International and the U.K.’s Royal Society for the Protection of Birds to protect albatross from fishing threats around the world. That would produce fine-grained information to help fisheries organizations decide which discards regulations work best. For instance, it could help them choose between retaining discards onboard—which shields fish from seabirds completely, but can be costly for boats to store—or to release discards strategically in batches to limit the interaction time between birds and boats. "The long-term solution is managing discards," Yates says. "The more [researchers] who do this [DNA barcoding], the more it will benefit people who are considering these different options."

McInnes is already looking beyond fisheries discards. She’s excited about the growing conservation potential of the technique, especially for recording the impacts of climate change on marine species. This could reveal potential fluctuations in fish-prey populations and lead to predictions about how it will affect marine predators. "This has a lot of benefits as a long-term monitoring tool," she says. "I’d like to expand it to multiple species on one site, so it becomes a way of monitoring ocean biodiversity. You’re sending out animals to get the samples for you in a way."