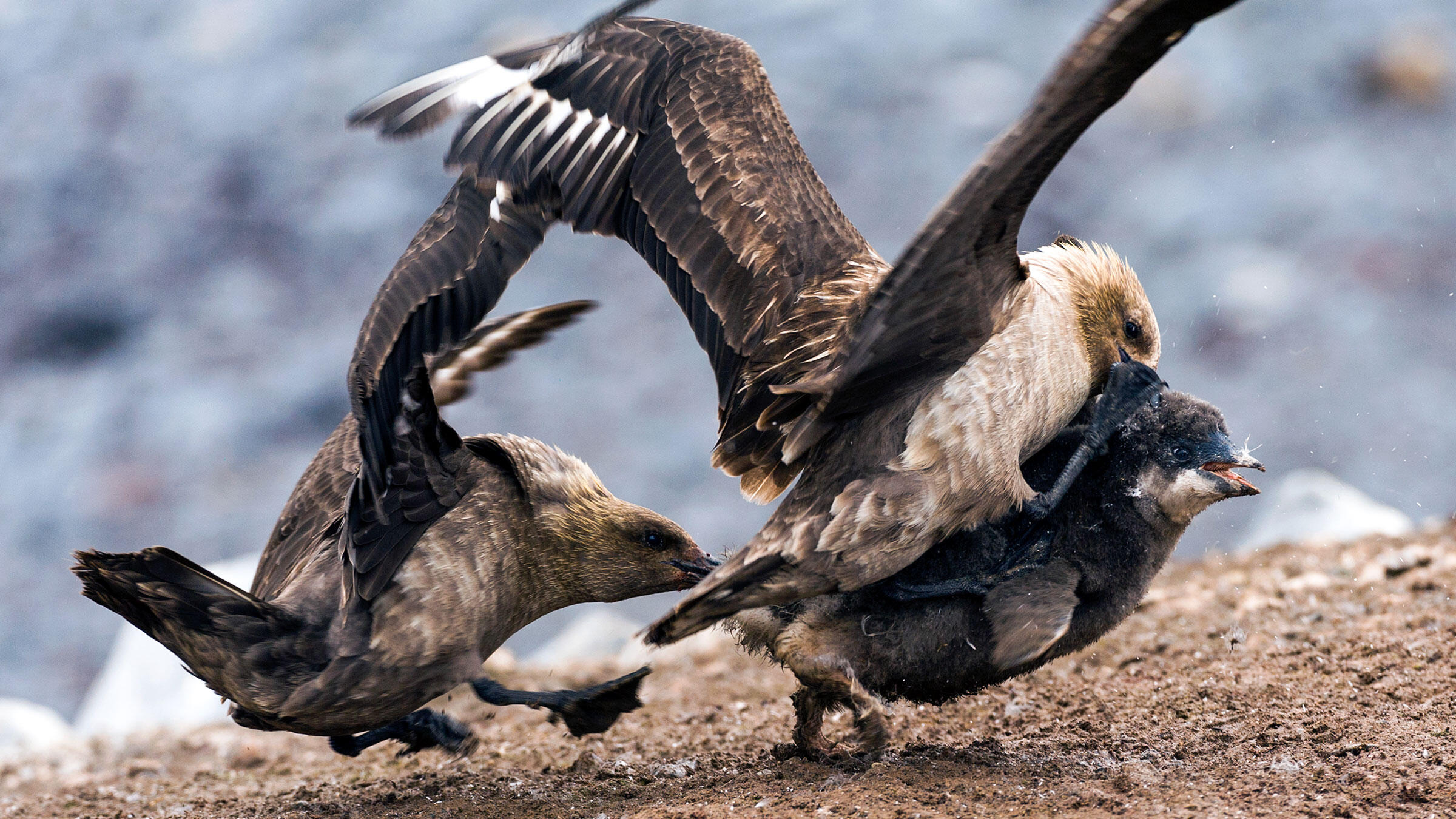 South Polar Skuas Are a Bunch of Bird-Eating Bullies

The world of birds has its bullies, too. Take for example the South Polar Skua [SKOO-ah].

Tom Johnson, a seabird observer on NOAA ships, describes what skuas eat in addition to fish:

“During the summer in Antarctica, South Polar Skuas will…end up feeding their young…by catching and killing the chicks of other seabirds…Skuas often take up camp around large seabird colonies like penguin rookeries.”

Once their breeding season is finished, South Polar Skuas will then fly all the way to northern oceans, such as the North Atlantic, to find large flocks of shearwaters or gulls or terns. They hang out along the periphery waiting for those birds to find food.

For a look into the world of seabird surveys, begin at our website, BirdNote.org.