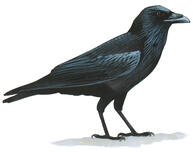 The Colorado River Basin is inching ever closer to “Day Zero,” a term first used in Cape Town, South Africa when they anticipated the day in 2018 that taps would run dry. Lakes Powell and Mead, the Colorado River’s two enormous reservoirs, were full in 2000, storing more than four years of the river’s average annual flow. For more than two decades water users have been sipping at that supply, watching them decline. Long-term drought and climate change is making this issue potentially catastrophic.

Moreover, federal officials project that within two years, the water level in Lake Powell could be so low that it would be impossible for water to flow through the dam’s turbine intakes. When that happens, it’s clear the dam will no longer generate hydropower, but it’s also possible the dam will not release any water at all. That’s because the only other way for water to move through the dam when the water is low is a series of outlet tubes that were not designed, and have never been tested, for long-term use.

What happens if little to no water can be released from Lake Powell? Water supply risks multiply for everyone who uses water downstream. That includes residents of big cities like Las Vegas, Phoenix and Los Angeles, and farmers and ranchers in Arizona, California and Mexico who grow the majority of our nation’s winter produce, as well as numerous Native American tribes. Some of these water users have alternative supplies, but some—including Las Vegas residents, Colorado River tribes and most farmers—do not. Day Zero for these water users might not happen immediately as Lake Mead, the reservoir fed by Lake Powell still has some water in it. But without flows from upstream to replenish it, Lake Mead would also be at risk of no longer being able to release water.

In recent days, state and federal officials have announced plans to address the immediate crisis. These plans will help, but only to avert the immediate danger looming over the basin for the current year. They do nothing to decrease the unrelenting risks of Colorado River water supplies and demands out of balance, because all they do is move water from one place to another. The federal plan to reduce water releases from the Glen Canyon Dam will help this year, as Lake Powell will hold onto water that would otherwise have flowed downstream to Lake Mead. Notably, Lower Basin water users will calculate their uses as if the water was in Lake Mead anyway, delaying deeper cuts and further depleting the reservoir. The Upper Basin states also plan to release additional water from Flaming Gorge reservoir upriver in Wyoming to increase the inflow into Lake Powell. This too will help Powell, but it will reduce the supply in Flaming Gorge reservoir. The plan acknowledges this supply may not be recovered unless and until storage at Lake Powell considerably improves. Both of these plans will move water and help protect the Glen Canyon Dam’s operations in the near-term.

Moving water does not address the fundamental challenge in the Colorado River Basin and does not offer any real certainty for water users or the river itself in any corner of the basin. Colorado River water demands exceed supplies. Audubon knows that fundamentally, because we work on restoring habitat in the Colorado River Delta, where the river has not flowed regularly for half a century. With major reservoirs only one third full, plans that continue to drain them are not sustainable plans.

Climate change is drying out the Colorado River. In the last two decades, the river’s flow has been 20 percent less than the average flow recorded in the 20th century. Hoping for a rainy season won’t fix this. Today’s water supply conditions are likely to be among the best we see over the coming decades.

What’s needed now, urgently, is for federal and state water managers to work, in partnership with tribes and other stakeholders, to take the steps necessary to build confidence in the enduring management of the Colorado River. This will require focus and dedicated resources to develop and implement plans that put water demands into balance with supplies. That means moving beyond year-to-year reactions to imminent risks to engage in planning that promotes water conservation. Water conservation means using less water, preferably managed in a way that both respects our system of water rights and supports society’s 21st century values, including economic stability for urban and rural communities, allowances for Native American tribes to realize benefit from their water rights, and reliable water supplies for nature.

People and birds rely on the Colorado River, and Audubon will continue to work with partners to advocate for and implement solutions. We know what works. Water conservation pilots implemented throughout the basin and across municipal and agricultural sectors have been successful. Investments in infrastructure upgrades have durably made water uses more efficient, and investments in habitat restoration have benefited ecosystems and the birds that rely on them. Flexible water sharing mechanisms have modernized water uses while protecting legal water rights and helped Tribes secure benefits. There is no time like the present to begin implementing these solutions at scale. They should be the foundation for new rules for how we use and protect the Colorado River.