The 118th CBC in Montana

Montana’s Christmas Bird Count (CBC) #118 was cold and snowy in many areas, after having experienced a relatively warm and dry early winter.  One count was cancelled and one did not report their data, but 32 of 34 circles completed the process.  The highlight was a new species for the state—a Yellow-billed Loon at Great Falls—which brings our cumulative total to 217 species.  The bird was viewed from 8-29 Dec 2017, including count day (16 Dec 2017, photo below).

This year we tallied 147 species (a few more than generally reported for counts of 32 circles) and 200,769 individual birds.  Total individual bird numbers vary widely, depending on the number of large flocks of European Starlings and waxwings encountered.  This year’s total individual bird number was fewer than last year, even though one more circle was included this year than last year.  Overall, we had 726 field participants (higher than the average for the last 4 years), who cumulatively totaled 1356 party hours (which was about average for the past 4 years).  CBC #118 also had 161 feeder watchers (about average) who totaled 372 feeder-hours (slightly higher than any of the last 4 years).   Again this year, Missoula had the most participants (114), while Little Rocky Mountains had the fewest (2); McNeil Slough doubled their participant number—from 2 to 4!

In spite of few nocturnal hours of effort (6.6), we tallied 10 of 13 possible winter owl species (no Eastern Screech-Owls or Boreal Owls were found this year; we would not expect Burrowing or Flammulated owls during a CBC in Montana).  We missed Barn Owl, which is possible but not found every year (observed on 4 past counts).  We found Western Screech-Owl (Stevensville-1); Great Horned Owl (from 16 circles, which was the same number as last year); Snowy Owl (from 5 circles); Northern Hawk Owl (1 again from Glacier National Park); Northern Pygmy-Owl (4 circles); Barred Owl (Troy-1); Great Gray Owl (Ruby Valley-1, Kalispell count week); Long-eared Owl (3 circles, and Missoula had a whopping 49 birds, thanks to ongoing research in the area); Short-eared Owl (3 circles); and Northern Saw-whet Owl (2 circles).

All falcons were observed this year except for Gyrfalcon (possible but not found every year).  Most numerous were American Kestrel (99 birds reported from 11 circles); Merlin (55 from 15 circles); and Prairie Falcon (40 from 15 circles).  Single Peregrine Falcons (perhaps the least expected falcon during winter) were found at Bigfork and Miles City.

Again this year, two counts tallied a non-established species that does not count toward our species total, but numbers are recorded when encountered: Chukar at Clark Canyon Dam (9) and Ennis (6).  Chukar would only count if observed where it is considered established—the Pryor Mountains south of Billings (Montana Bird Records Committee minutes 2014), where no CBC circles are located.  Tracking introduced or exotic species during the CBC provides important information to help determine if and when a species may be considered established.  We expect the Montana Bird Records Committee to consider if Chukar have become established in Beaverhead County during an upcoming meeting.

Two species were observed only during a count week, so they do not count toward our species total.  Dusky Grouse was found in Missoula, where deep snow kept observers from surveying its usual CBC territory on count day.  Pacific Loon was found in Helena, where the species had been observed for several weeks before and a few days after count day.  Pacific Loons have been recorded on three previous state CBCs, and their presence is largely influenced by temperature.  That is, arctic air cold snaps that occur just prior to count days generally ice-over water bodies and smaller rivers, and push the birds out of our state.

Bigfork found the most species—98, a new state record, followed by Missoula (85), Stevensville (81), and Kalispell (77).  Soon we will break 100!  Counts with the most species generally have high habitat diversity, including large water bodies that retained waterfowl.

Gulls generally occurred on single count circles, except for Ring-billed (193 birds on 5 count circles—Bigfork, Billings, Ennis, Great Falls, Kalispell), and Herring Gull (185 birds on 4 count circles—Bigfork, Fort Peck, Great Falls, Kalispell).  Bigfork had the best diversity this year with three additional species:  California Gull (12), and one each of Lesser-black-backed and Glaucous gulls.  Billings also had the only Iceland (Thayer’s type) Gull.  Our state is missing our 40-plus year Fork Peck count compiler and gull expert, Check Carlson, who passed away during 2017.  Thanks to Chuck for many years of service to Montana’s bird distribution and knowledge, as well as his generosity and kindness in helping all of us who knew him.

In spite of increases in recently burned habitat in the state, we had only two American Three-toed Woodpeckers (both found in Glacier National Park), and no Black-backed Woodpeckers.

The most widespread species again this year was Bald Eagle, which was found on all 32 circles.  Mallard and Black-capped Chickadee were found on 30 circles, and Black-billed Magpie on 29 (and 1 count week) circles.  Common Redpoll, European Starling, and Rock Pigeon each were found on 27 circles.  American Robin numbers were lower than last year, but still numbered 692 birds from 17 circles.  Many birders do not realize the species winters here every year, often in large numbers.

Blue Jays (160 birds from 21 circles) outnumbered Stellers’s Jays (116 birds from 13 circles) and Pinyon Jays (85 birds from 4 circles).  Blue Jay numbers have been increasing since the late 1990s.  Clark’s Nutcrackers (270 birds) were found on 18 circles.  Large groups of this species were seen this fall throughout the state.

Rough-legged Hawks (931 birds from 27 circles) outnumbered Red-tailed Hawks (712 birds from 22 circles, including 37 Harlan’s Red-tailed Hawks) this year.  The Harlan’s were found on 10 counts, all of which also had reported non-Harlan’s Red-tailed Hawks except for one circle—McNeil Slough.  Two circles had one each Ferruginous Hawks (Great Falls and Ruby Valley, photo below).  Low numbers of this species can be found during winter, and are more likely east of the Continental Divide, as these two sites are.

Thanks to all of the participants, who worked long and hard again with challenging weather.  Each contribution is important. 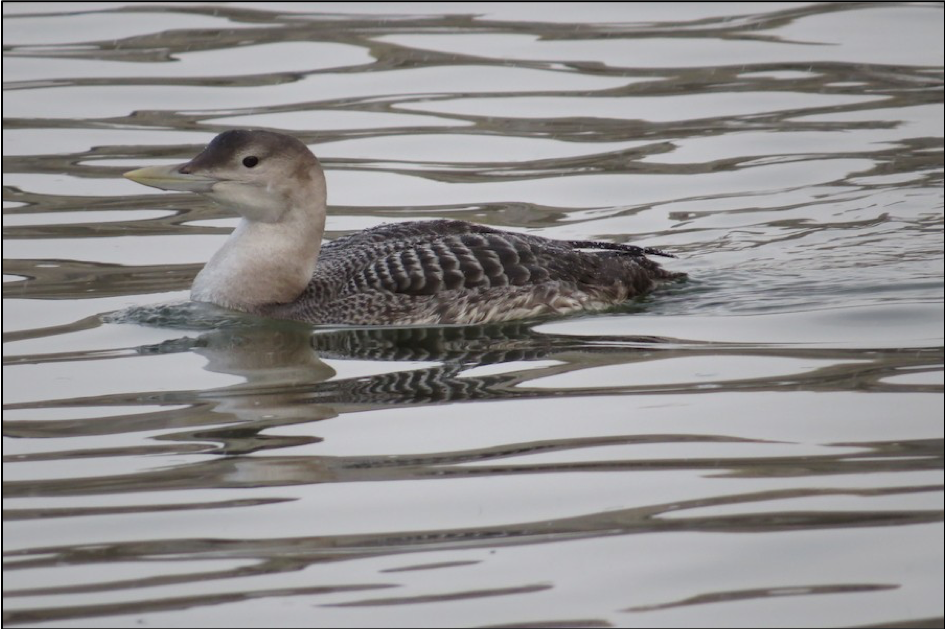 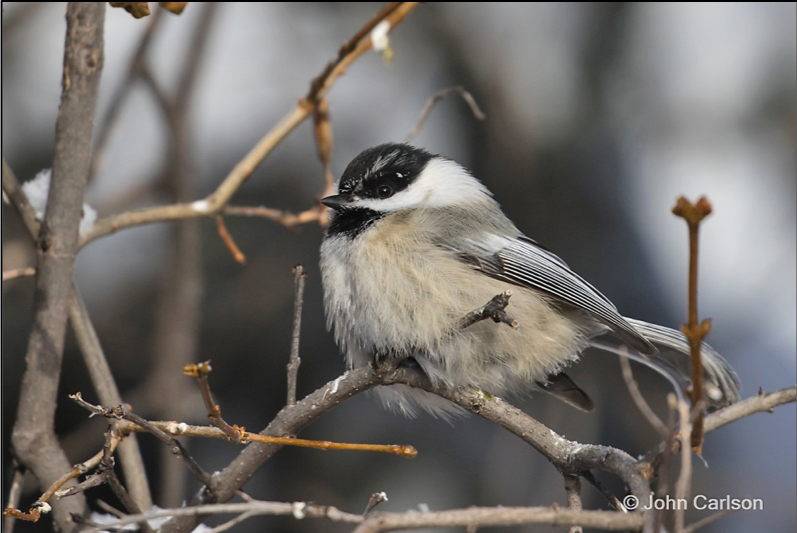 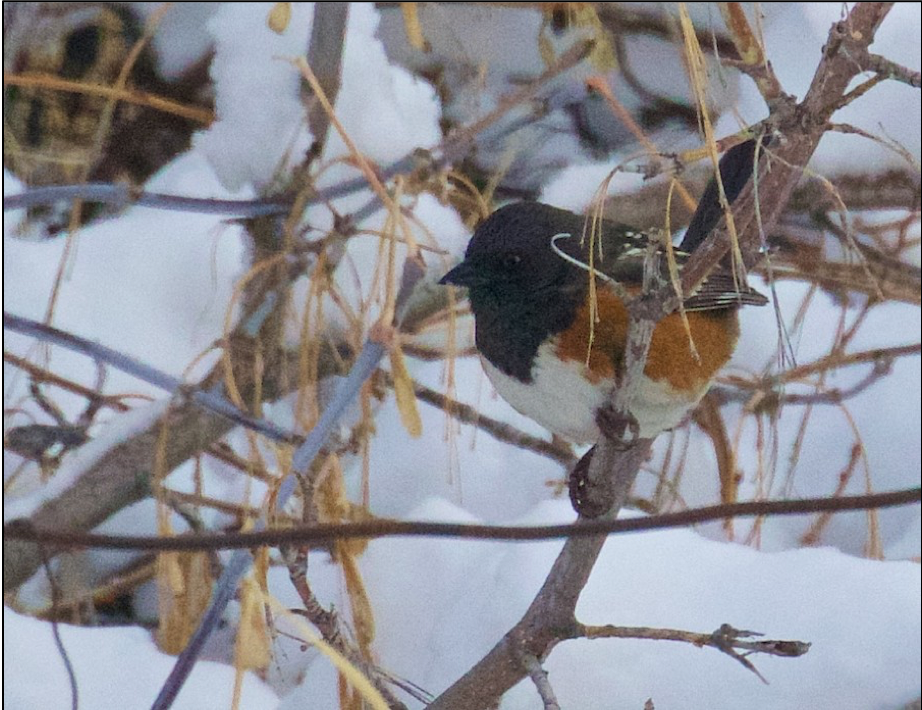 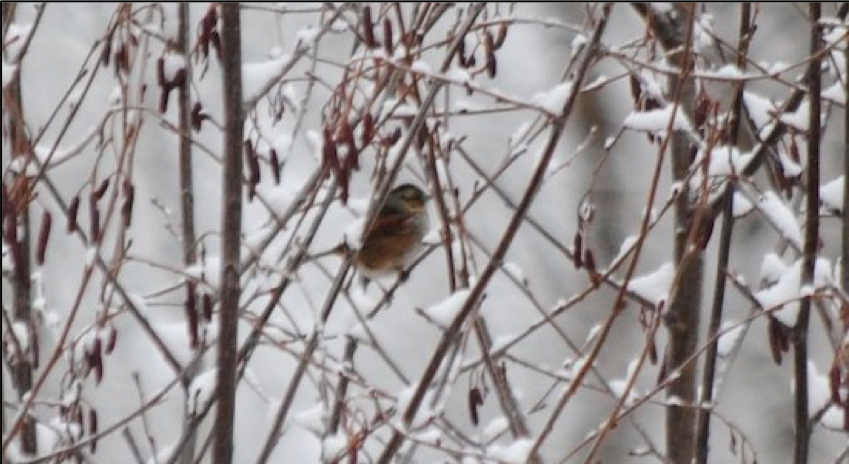 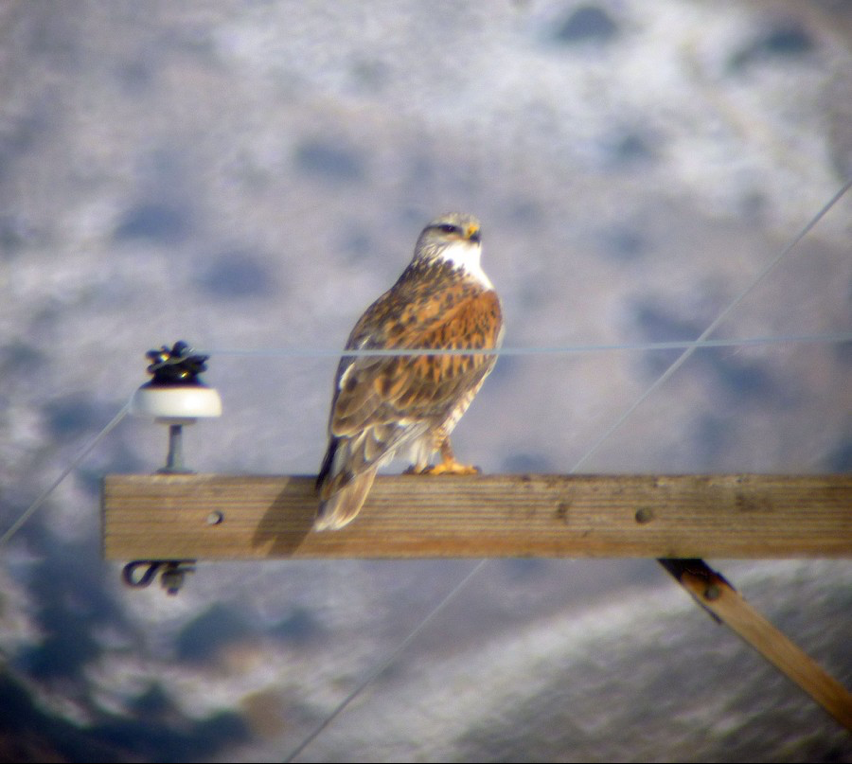