Update 9/22/20: The University of Illinois Senate passed the resolution 105 to 2, with 4 abstentions. Spencer Hulsey will now work with the chancellor on next steps to make the Belted Kingfisher the school's official mascot.

I am afraid to even type this for fear of getting 2020 stink all over the words, but here it goes anyway: Something good might happen. It’s not a COVID-19 vaccine or anything, but I’ll take what I can get right now. Are you ready? The University of Illinois might adopt the Belted Kingfisher as their mascot. Don’t jinx it.

The school has been without an official mascot since 2007 when they rightly canned Chief Illiniwek, a Native American stereotype who was (nearly always) played by a white male student wearing warpaint and a feathered headdress while dancing around during halftimes. Good riddance.

But the controversy still simmering around Chief Illiniwek has prevented the school from selecting a new mascot. (If you’re surprised that there’s a huge contingent of alums who want the Chief back, well, you’re just not paying attention to 2020.) Until—if there is any goodness in the world—now.

In just a few days, the Senate of the University of Illinois will decide whether to adopt the Belted Kingfisher as the school’s mascot. The choice has already passed an important test by winning a school-wide student-body vote back in March. The thinking is that the Illinois team name would stay the same—the Fighting Illini—but the kingfisher would appear on logos and on the sidelines.

The idea for the kingfisher mascot came from Spencer Hulsey, who graduated from U of I in May with an astrophysics degree and is now working in Madison, Wisconsin. The energetic Hulsey recounted for me in her charming Midwestern twang how what began as a doodle during physics class and subsequent Reddit post became a campus movement complete with Facebook groups, discussions with staff from the Mascot Hall of Fame, guidance from David Raymond, legendary mascot designer and self-described Emperor of Fun, and a design by character-creation guru Tom Sapp.

It’s been a wild ride, Hulsey says, and one without a clear path ahead or end in sight: There are no official rules or procedures for adopting a new mascot at the university, and no one seems to be clear on who has the final say. “There is no blueprint to follow,” she says, “I’m just making it up as I go along.”

On September 21, Hulsey is presenting the case for the Belted Kingfisher to the Senate. She knows that there will be additional steps to come and is preparing. “I’ve been studying other colleges that have gone through a similar process, and the biggest hurdle for other colleges is that they left some group out—either the students or the alumni or someone else,” she says. Alumni may be the biggest remaining hurdle here: When I pushed her, Hulsey acknowledged that several alums have been “aggressive, at times” in her DMs, but she politely declined to elaborate. Still, she plans to ask the administration for help getting alumni support, which she knows is critical. “I have to include the alumni vote,” she says, “even if it’s the death of this.”

When I asked about other challenges to getting the new mascot adopted, Hulsey said that unfamiliarity with Belted Kingfishers was a big one. I might not be able to do anything about the alumni, but this is something I can help with and am honored to do so.

Briefly, the Belted Kingfisher (Megaceryle alcyon) is a distinctive inhabitant of water bodies around North America. They’re boldly patterned with blue, white, and orange, and have a big head supporting a massive bill and a shaggy mohawk crest. They are one of three American kingfisher species, and the only one found north of Texas (there are more than a hundred kingfisher species found worldwide). Belted Kingfishers, like many other kingfishers, are famous for their hunting technique, which involves diving from a perch or a hover and snagging or spearing unsuspecting fish.

I love Belted Kingfishers and recently recommended them as the potential mascot for another team ditching its Native American mascot. They’d work even better for the University of Illinois, and here are some reasons why.

Kingfishers aren’t especially big birds, but they’ve got swagger unlike any other. Part of the reason, I think, is because they don’t need to hide their badassery. Most other predatory birds rely on camouflage or stealth to sneak up on their prey, and so are fairly subdued in color and attitude. Not kingfishers. The fish have no idea they’re up there, and so kingfishers can be as loud and brightly colored as they want. They’ll often perch right out in the open, defiant. Around the world, kingfishers sport vibrant feathering with bright colors and fancy plumes. The University of Illinois would be lucky to have an ounce of kingfisher bravado.

They Fit the School Colors

There are tons of photos out there of kingfishers raining complete destruction upon dumb little fish. It only takes a few mouse clicks to add a U of I logo near the kingfisher and, say, a Northwestern University logo near it prey. Bang! Primo meme-o. I’m 37 years old and decaying rapidly but still managed to come up with this one from one of my own photos. Just imagine what some undergrad Gen Z computer whiz with free time before philosophy lab or whatever could do . . .

Students Can See Them All Over Town

A problem with a lot of mascots is that they’re either not real or not relatable. There aren’t Spartans around the campus of Michigan State, and there isn’t much Jazz in Utah. But there are plenty of Belted Kingfishers near the University of Illinois campus in Champaign. There are recent eBird reports from the University of Illinois Arboretum, from Crystal Lake Park and Busey Woods, and from the main campus itself. The Belted Kingfisher isn’t just a concept: It’s a real wild animal in the area.

Their Call Is a Great Battle Cry

You can hear the rattling call of a Belted Kingfisher coming from a mile away.  Wouldn’t that noise sound awesome pumped through the speakers at Memorial Stadium as the football team runs onto the field? Friends, it would.

There Is a Kingfisher Beer

No one under the legal drinking age should drink beer, but those of legal age should have a blast. And what better way to enjoy a University of Illinois sporting event than with Kingfisher beer, one of the most popular beers in India?

This one is just from personal experience, from almost two decades of birding: Kingfishers are special. Whenever you see a Belted Kingfisher you always say something like, “Oh, a kingfisher,” with a hint of pleasant surprise. They command attention. Kingfishers bring a bit of joy to everyone who isn’t a fish, and that’s reason enough to pick them as a mascot if you ask me. 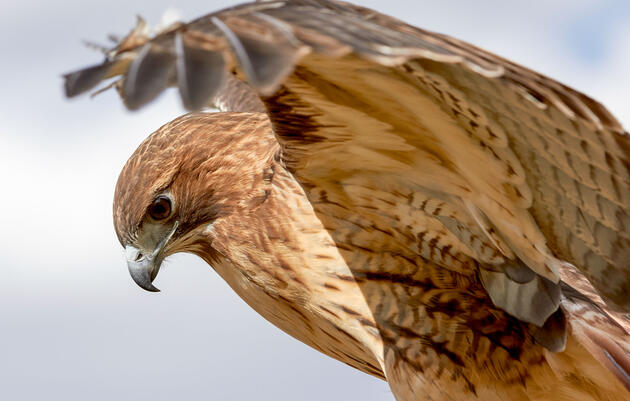 One of These Birds Should Be Washington, D.C.'s New Football Mascot

The NFL team's racist name is finally gone. The Birdist has some suggestions for what should replace it. 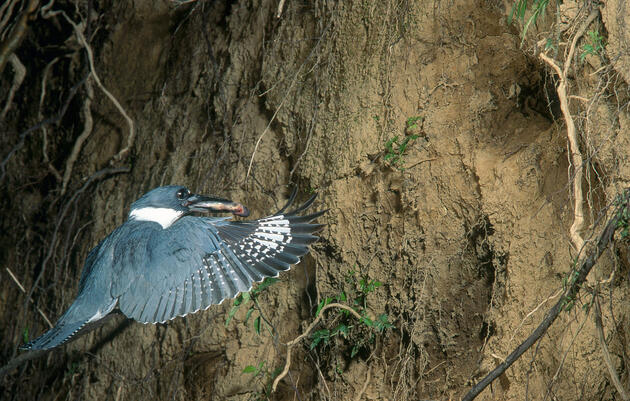 Belted Kingfishers Nest in Burrows Up to 15 Feet Long

You’d never guess that these regal birds use their claws and beak to tunnel through muddy riverbanks. 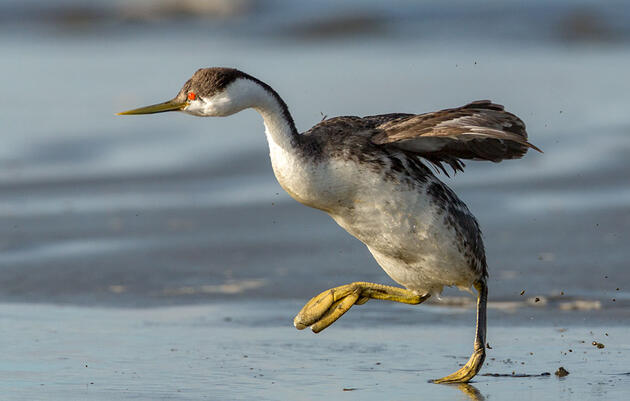 Rude: Kingfishers, Grebes, and Gulls Are Among the Internet's Least Popular Birds

A new analysis of Google searches suggests some pretty great species aren't getting the attention they deserve. It's time to change that.