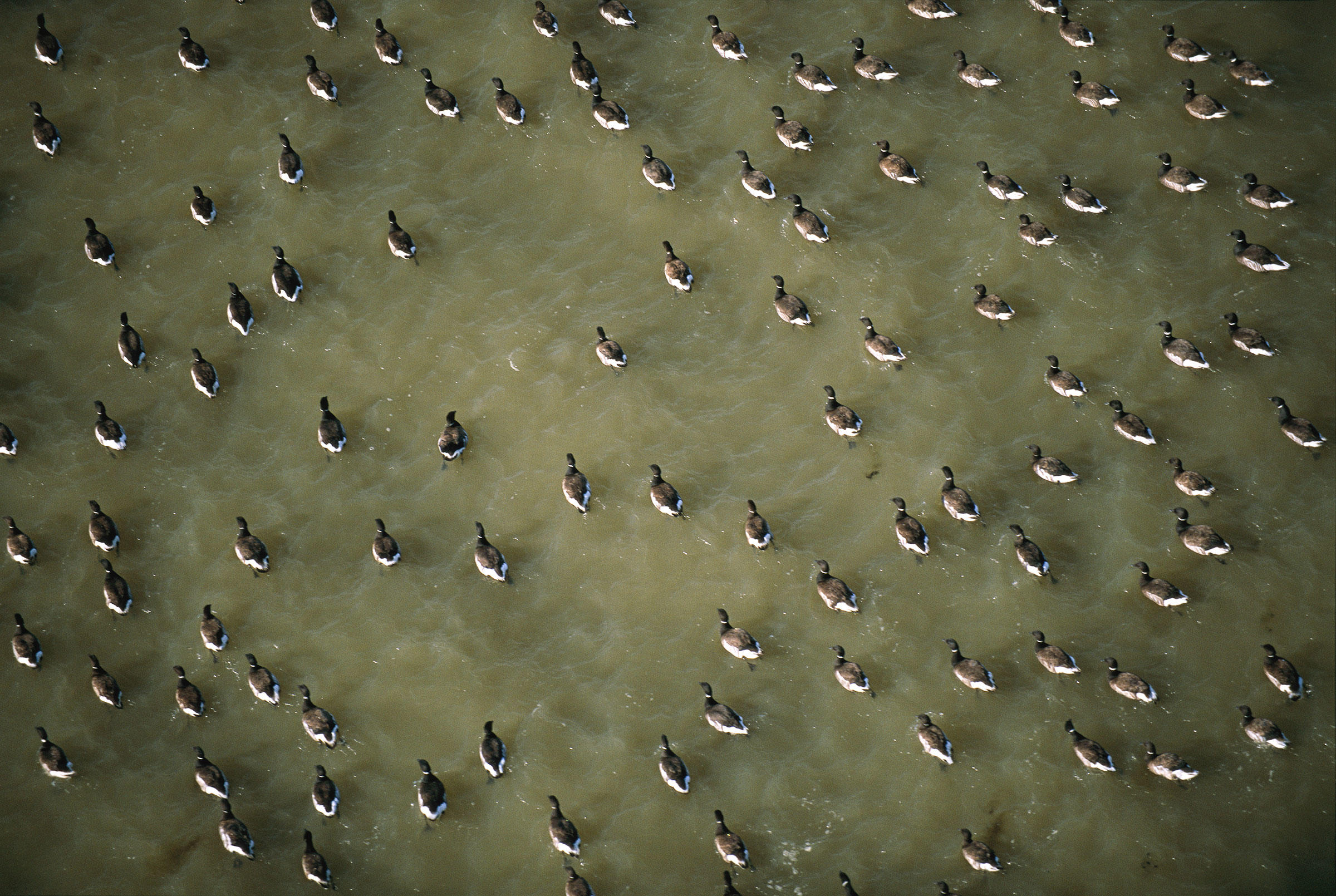 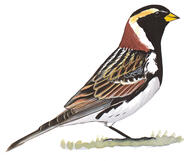 Each spring, hundreds of thousands of birds from five continents follow an ancestral tug toward Teshekpuk Lake, a 320-square-mile marvel surrounded by ponds, wetlands, and soggy tundra in far northern Alaska, where shorebirds raise chicks and geese hunker down to molt their feathers. They’re not the only ones lured to the remote spot. For decades, energy companies have eyed the same swath of coastal plain, an area as rich in oil as it is in bird life—and recent fossil-fuel discoveries have intensified their interest.

This tension between wildlife and energy is inherent to the 23-million-acre National Petroleum Reserve-Alaska (NPR-A), the nation’s biggest chunk of federal land. Although the reserve was created in 1923 as an oil resource for the U.S. Navy, Congress later broadened its purpose to provide “maximum protection” for wildlife and subsistence hunting. That includes the birds and herds around Teshekpuk Lake, in the NPR-A's northeastern corner.

Balancing those two uses is tricky, but the U.S. Department of the Interior tried to do so when in 2013 it finalized a management plan for the NPR-A. The plan reserved about half of the NPR-A for bird nesting areas and caribou calving grounds, and allowed oil-and-gas leasing on 11.8 million acres, an area roughly twice the size of Vermont. It also expanded the boundaries of the Teshekpuk Lake Special Area, a designation that doesn’t necessarily prohibit development but prioritizes habitat protection. The special area more than doubled in size, from 1.75 to 3.65 million acres, and the agency put 3.1 million of those acres off-limits for oil and gas leases.

Unlike other parts of Alaska's oil-rich North Slope, development in the reserve is still in its infancy. The first NPR-A oil production began on Alaska Native land in 2015, and oil started flowing from a federal NPR-A lease this past October. But it’s likely to accelerate soon as the Trump administration prepares to write a new management plan for the NPR-A. On November 20, the Bureau of Land Management (BLM) announced a 45-day public scoping period to shape what should be considered in a new plan, one that will promote “clean and safe development in the NPR-A while avoiding regulatory burdens that unnecessarily encumber energy production” and could open new, sensitive areas to development. It’s part of Interior Secretary Ryan Zinke’s broader push, outlined last year, to boost oil and gas production across the far north, including in the Arctic National Wildlife Refuge.

“These are the two places we should be conserving, yet there’s a headlong rush to open them up and put infrastructure in there and start drilling,” says Susan Culliney, policy director for Audubon Alaska. “Given the Trump administration’s ‘energy dominance’ rhetoric, we’re concerned, especially with Teshekpuk Lake in the bullseye.”

The new plan comes on the heels of a U.S. Geological Survey reassessment of the North Slope’s energy potential, which Zinke ordered last year. The survey upped its estimate of NPR-A oil resources by an order of magnitude, from 896 million barrels to 8.7 billion barrels, based on new oil discoveries. Some of the most promising deposits are thought to lie near Teshekpuk Lake. 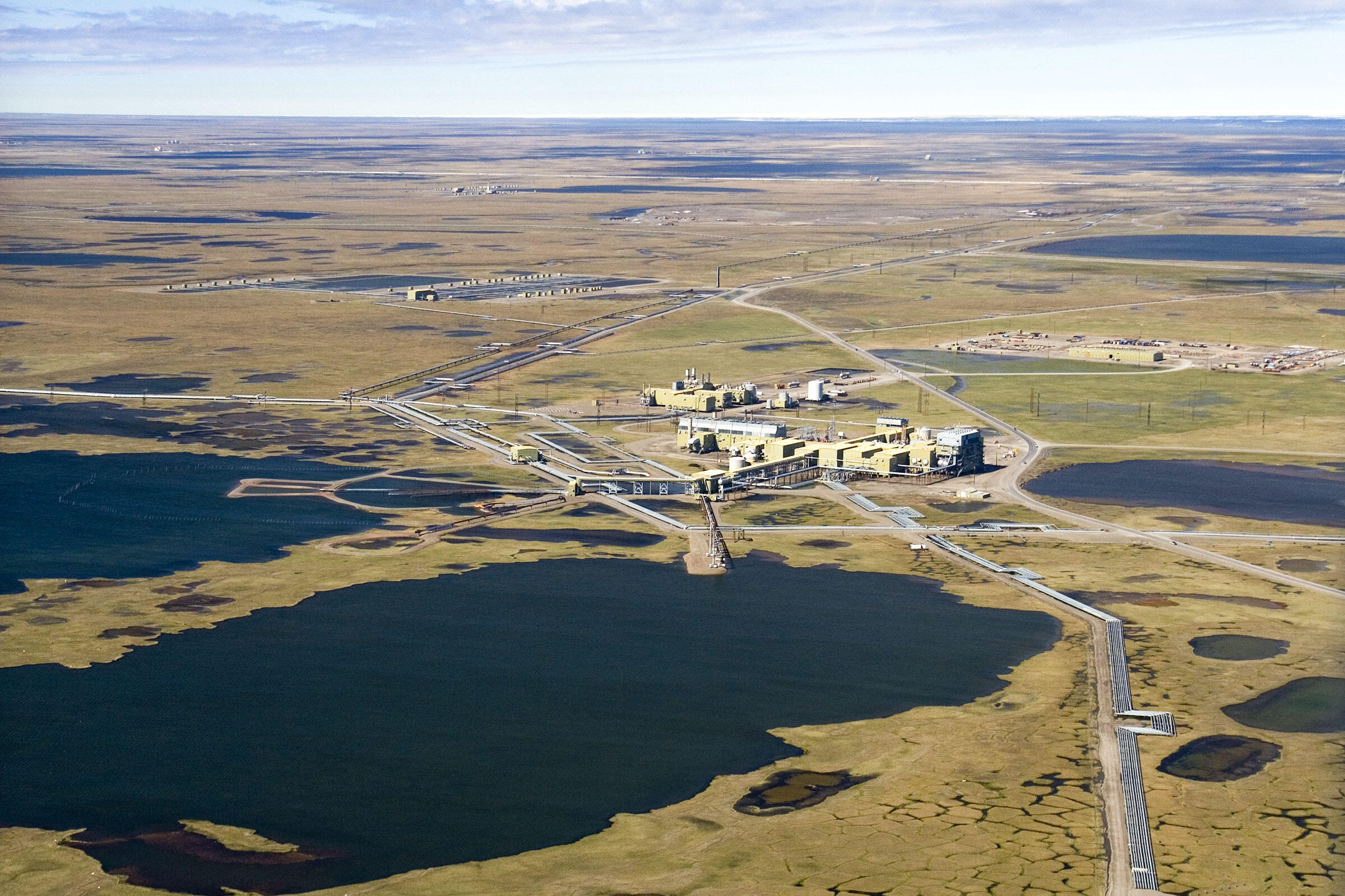 An executive with ConocoPhillips, which is developing a major oil project just east of Teshekpuk Lake and planning for infrastructure within the special area, recently confirmed that the company wants to drill closer to the lake. “We agree that the area around Teshekpuk Lake ought to be sectioned off,” ConocoPhillips Alaska President Joe Marushack told Alaska Public Media, but “not as much as is sectioned off right now; we think you can still do very responsible development in areas around that.”

Audubon Alaska and other opponents of drilling closer to Teshekpuk, the largest lake in the Alaskan Arctic, say any encroachment would threaten a vital haven for wildlife. Each year the area hosts some 600,000 breeding shorebirds. It provides a remote refuge for as many as 100,000 Greater White-fronted Geese, Brant, Cackling Geese, and Snow Geese during the vulnerable period when they are molting and can’t fly. Along with its prodigious flocks, the area is home to denning polar bears and the 40,000-strong Teshekpuk caribou herd, which provides nearly all of the caribou harvested by some native communities on Alaska’s North Slope.

Drilling near the lake would bring these threats closer to bird species already imperiled.

New pipelines, drilling pads, and other infrastructure wouldn’t only physically damage the fragile habitat, but the resulting garbage and perches could also attract predators like gulls and ravens, which could devastate nesting birds and their eggs, Audubon Alaska has warned. Human activity near the lake will likely stress molting geese, sapping precious energy they need to regrow feathers and survive migration. And the threat of oil spills looms.

All four eider species nest in the Teshekpuk Lake Special Area’s wetlands, two of which—Steller’s Eider and Spectacled Eider—are considered threatened under the Endangered Species Act. In summer, the area teems with Dunlin, Black-bellied Plover, Semipalmated Sandpiper, and other shorebirds—one of the highest densities of breeding shorebirds anywhere in the Arctic, according to a 2012 study that included U.S. Fish and Wildlife Service scientists. “Our results, coupled with previous information on waterfowl and caribou, indicate that the area around Teshekpuk Lake and the recognized goose molting area northeast of the lake should be protected from oil and gas development,” its authors concluded. 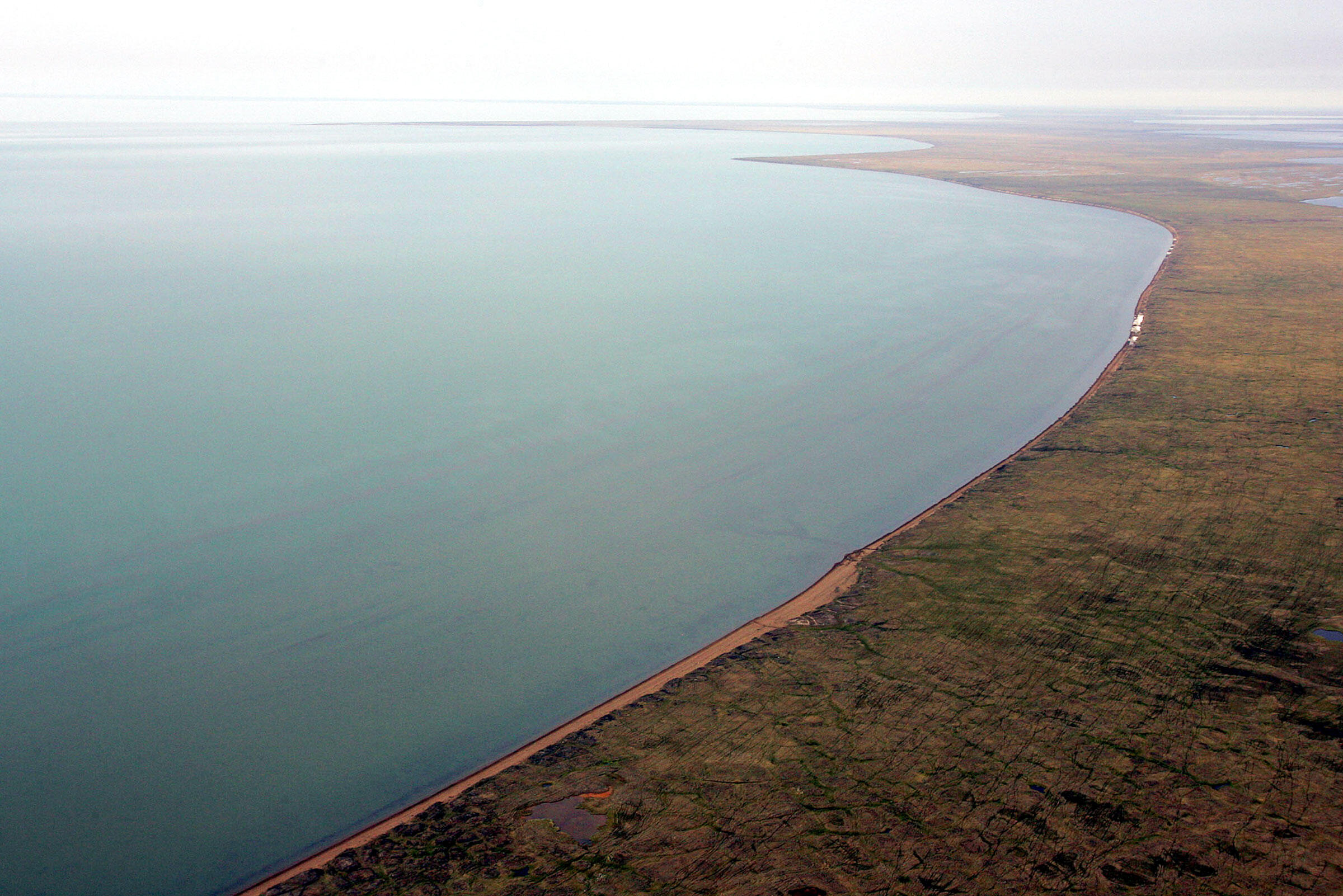 The native communities that rely on the region’s eiders, geese, caribou, and other wildlife for subsistence hold varied views about what role the energy industry should play on the North Slope. For instance, the Western Arctic Caribou Herd Working Group, which represents indigenous subsistence hunters and others with a stake in healthy herds, has in the past urged BLM to permanently protect caribou migration corridors around Teshekpuk Lake. (The group hasn’t yet formalized its input for the new plan, facilitator Jan Caulfield says.)

Still, oil and gas tax revenue fuels local communities, and residents see a potential windfall in the NPR-A. The North Slope Borough, which encompasses the reserve and represents mainly Inupiat communities, derived 98 percent of its property tax revenue from oil and gas in 2014, funds that support water and sewer facilities, schools, health clinics, fire stations, roads, and airports. In a 2017 letter to the BLM, borough mayor Harry K. Brower, Jr. noted that development near Teshekpuk Lake could jeopardize the birds and caribou that nourish his constituents. But he also conceded that the 2013 plan placed too much land around the lake off-limits for development: “We realize that industry must go where the oil and gas are located,” he wrote.

Once the current scoping period ends, if the administration follows through with its intentions of expanding oil and gas development in the NPR-A, new parts of the special area around Teshekpuk will likely be open for business. If that happens, one thing is for sure: For the legions of Lapland Longspurs rummaging frozen Midwest fields, the flocks of Snow Geese honking away the winter in California’s Central Valley, and millions of other migratory birds that return to the NPR-A's fertile fields every spring, their home, which has remained largely unchanged for millenia, won't be the same.