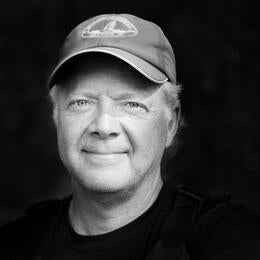 Back in 2008 I paddled through Ontario's remote Albany River wilderness with Jeff Wells, a senior scientist with the Boreal Songbird Initiative. We carried specialized audio recording equipment in the canoe and made aural maps of some of the most remote spots in the vast intact boreal forest of Canada. We were there just as billions of songbirds were about to depart the boreal region for the rest of the Americas, and the calls of white-throated sparrows and yellow-rumped warblers were a soundtrack to our long days in the canoe.

A new science report produced by the Boreal Songbird Initiative and Ducks Unlimited details how the time is ripe to protect North America's boreal region, where 1.2 billion acres of forest are still in relatively intact condition. The report puts a fine point on why boreal birds need landscape-scale, interconnected protected areas in the boreal region—and why humans need healthy populations of boreal-breeding birds. "Boreal Birds Need Half: Maintaining North America's Bird Nursery and Why It Matters" calls for protecting at least 50 percent of the remaining boreal forest from development. Wells was lead author of the report.

Calls for protecting large parts of North America's boreal forest have been circulating for the last few years. What's new about this report, Wells tells me, is both its timing and its specificity.

A couple of things are happening that make this a critical—and promising—time for boreal conservation. As the North American economy bounces back, Wells sees a resurgence in mining claims being staked across all the boreal provinces. "This is the time to get a balanced approached initiated," he says. During the past few years, Ontario and Quebec have put into place plans to protect fifty percent of their lands, and many First Nations tribes—which control vast swaths of the boreal regions—have done the same. Now the Northwest Territories, where for decades land management decisions have been handled largely by the federal government, recently received provincial-like powers to make its own decisions over land use. "Those decisions aren't coming out of Ottawa any longer," Wells explains. "This is a huge opportunity."

The other part of the good-timing equation is that many activists are dialed into bird conservation right now. For the last year, "why birds matter" has been a drumbeat in the conservation world. It was the theme of International Migratory Bird Day, and explored in-depth by Audubon.

"This is the perfect follow-up to that kind of emphasis," Wells says. "Since birds matter so much, it's time to ask how much do we need to protect to ensure that all the many ways birds matter are maintained in the future." From the roles these birds play in supporting pollinating plants, controlling pests, and redistributing nutrients, to their cultural significance to Aboriginal Peoples through the boreal, the report details the many benefits of a healthy boreal bird nursery.

"Boreal birds are a great gift from Canada to the U.S., Mexico, Latin America, and South America," Wells says. "They keep vast ecosystems healthy in ways that we rarely account for."

Right now, anyone in the country can step outside, turn an ear to the sky, and be enveloped in the very songs that Wells and I recorded as we paddled a remote Ontario waterway. Keeping that chorus alive will take half of the remaining boreal wilds, and scientists have planned how to do just that.

To learn more and download a full copy of the report, go to borealbirds.org/birdsneedhalf.html