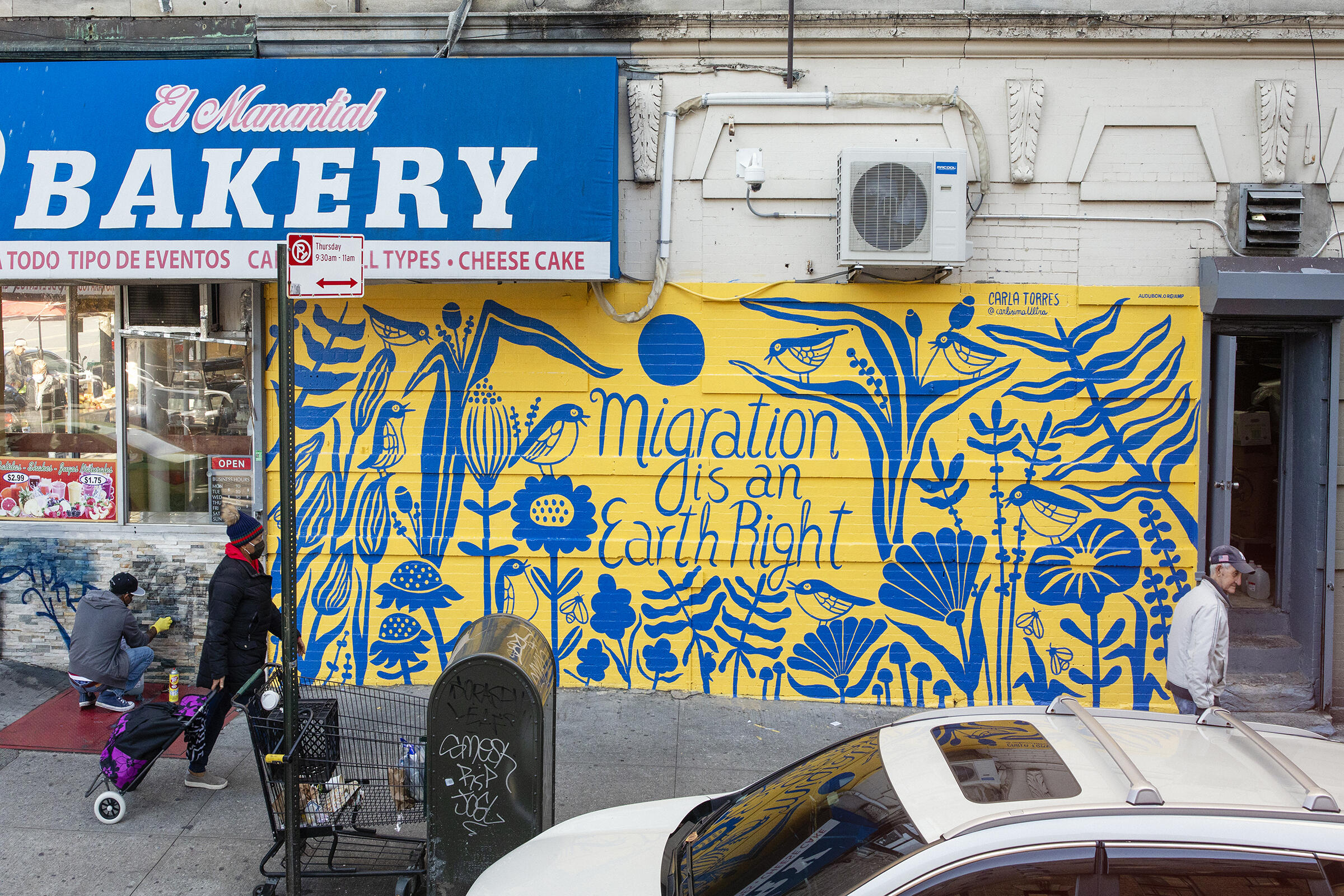 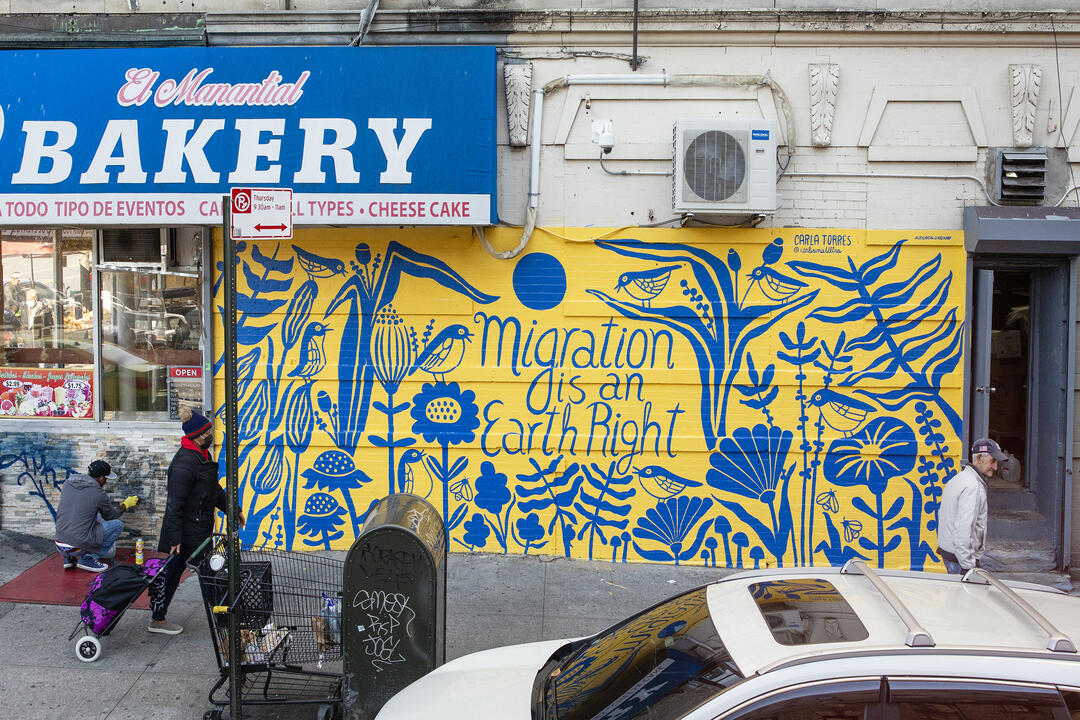 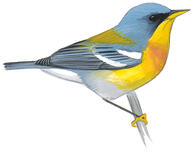 About the Bird: A striking blue and yellow warbler, the Tropical Parula is aptly named: It is widespread in the tropics, from central Argentina to northern Mexico. Some also migrate into Texas to nest in trees draped with Spanish moss and can be seen there during winter roving along the Rio Grande. With climate change, the species is poised to gain more summer range than it loses, but unless greenhouse gas emissions are checked (keeping warming to 1.5 degrees Celsius), the picture is bleaker in winter, when it stands to lose nearly 50 percent of its current range.

About the Artist: Visual artist Carla Torres works across media, including drawing, painting, illustration, animation, and murals. Originally from Ecuador, Torres relocated to New York City in 2006, and since then has been commissioned by various city organizations, such as the City of New York Department of Transportation Urban Art Program, the Garment District Alliance, and the New York Health and Hospitals Arts in Medicine Program. She was awarded the Lower Manhattan Cultural Council Creative Engagement grant in 2019 and 2020 and was a featured muralist with the HBO Max/Latinx Diaspora Campaign in 2020. Torres’s work has been exhibited internationally, including in the Queens Museum and the Noguchi Museum, and has received prestigious illustration awards in the United States, Canada, and Europe.

Torres titled her mural for the Audubon Mural Project “Here Comes the Sun,” in tribute to both the Tropical Parula, which nests in Torres’s home country of Ecuador, and the people of her New York neighborhood, many of whom immigrated from countries such as Ecuador, the Dominican Republic, Puerto Rico, and Mexico—as she says, “sun-filled nations with sun-filled children.” Torres painted the words “Migration is an Earth Right” into her mural, which she painted with the help of Cori Santana. “‘Migration is an Earth’ Right establishes that all the creatures of the planet (humans included) have the inherent right to move around according to their needs,” Torres says. “’Here Come the Sun’ claims this right and validates our presence in this beautiful neighborhood of Washington Heights.”