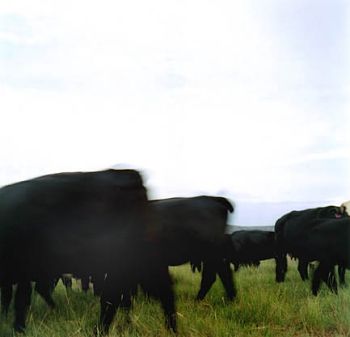 Last fall, the head of the U.N.’s International Panel on Climate Change, Dr. Rakendra Pachauri, offered a simple directive for combating global warming: eat less meat. Critics might point out that he is a vegetarian, but the numbers back up his idea. A 2006 UN report found that 18 percent of the world’s greenhouse gas emissions come from raising livestock for food. Overall, Pachauri’s advice is good, though I would add a corollary: At the same time that we begin eating less meat, we should be eating more of it.

More of a different kind, that is. Animals reared on organic pasture have a different climate equation from those raised in confinement on imported feed. That’s because much of livestock’s emissions come as a result of dismantling the natural farm system and replacing it with an artificial environment. For instance, in confinement systems manure has nowhere to go. Managed in man-made lagoons, its anaerobic decomposition produces millions of tons of methane and nitrous oxide every year. On pasture, that same manure is simply assimilated back into the soil with a carbon cost close to zero.

Some would argue that pasture-raised animals are just the lesser of two evils. Given that livestock make for emissions no matter where they’re raised—cows, for instance, emit methane as a by-product of their digestion—wouldn’t it be better to have no livestock at all? Not according to farmer Jason Mann, who grows produce and raises chickens, hogs, and cattle on pasture outside Athens, Georgia. In the age of CAFO’s, we have come to regard livestock as a problem to be solved. But for a sustainable farm system like his, animals are essential. 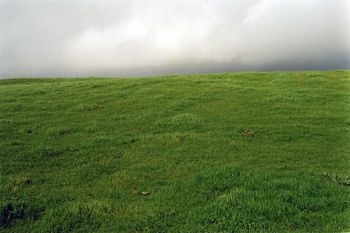 Mann thinks of it like a bank account: Every time he harvests an ear of corn or a head of lettuce, he withdraws from the soil’s fertility; if he doesn’t redeposit that fertility, the account will hit zero. He could truck in compost from 250 miles away, or apply synthetic fertilizers to make the vegetables grow. But by his carbon calculation the best option is to return that fertility by using livestock, particularly cows. They do more than keep his soil rich. When managed properly, cattle can boost soil’s ability to sequester carbon. Their manure adds organic matter to the soil, their grazing symbiotically encourages plant growth, and their heavy hooves help break down dead plant residue. Some proponents argue that highly managed, intensive grazing can shift cattle’s carbon count so dramatically that the animals actually help reduce greenhouse gases.

In addition to completing the farm’s ecology, Mann’s livestock also complete the farm’s economy with critical revenue for the real bank account—which keeps the farm afloat in a way that lettuce cannot. But that happens only when the animals become meat. That’s the thing about livestock: If they stand around eating all day but never produce more than manure, they are a net loss. With the exception of laying hens, in order for animals to be worthwhile in a whole farm system, they must be eaten. That means for Mann’s farm to be sustainable, his neighbors must buy and eat the meat.

The same applies on a larger scale: In order for pasture-based livestock to become a significant part of the meat industry, we need to eat more of its meat, not less. As it is, grass-fed beef accounts for less than one percent of American beef consumption, and numbers for chicken and pork hardly register. Even where the industry is growing, it is stunted by inadequate infrastructure. The greatest challenge is a lack of small-scale slaughterhouses (something Bonnie Powell addressed artfully in this article for Mother Jones), but the industry also suffers from a dearth of research, outreach for new producers, and investment in breeding for pasture-based systems. And those things will change only as the market grows. So if you want to use your food choices to impact climate change, by all means follow Dr. Pachauri’s suggestion for a meatless Monday. But on Tuesday, have a grass-fed burger—and feel good about it.

Lisa M. Hamilton is the author of the recent Deeply Rooted: Unconventional Farmers in the Age of Agribusiness (Counterpoint).