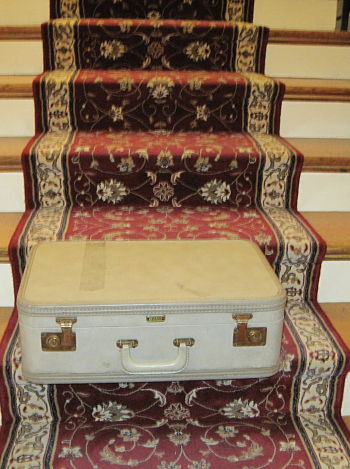 Rosalie Edge's suitcase led to my adventures in writing.

Several who thanked me for writing Rosalie Edge, Hawk of Mercy in your comments heard enough about my project to point out that it took me a long time to complete. Most of the reasons I stuck with writing a whole book about an unknown woman that nobody paid me to write were contained in her suitcase, which I still keep in my front hall closet. In future blogs I will reveal what was packed in this suitcase and where the contents led.

Anyway, how long did Rosalie Edge, Hawk of Mercy take to write?  Nineteen years, if you count from the first quickening of the idea for it to its publication last summer.  For most of that time I did little more than resolve each New Year’s Eve to make 1991—no, 1992—the year I would devote to my book about Mrs. Edge. My daughters Hilary and Ariel, who are now 27 and 23, were resolving to turn perfect cartwheels, practice piano daily, or climb a Fourteener near where we lived in Colorado.  Their resolutions changed as they got older, mine didn’t. 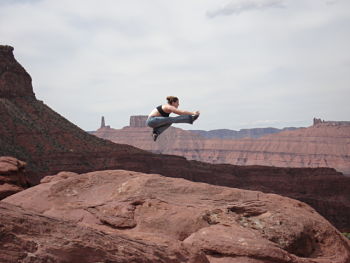 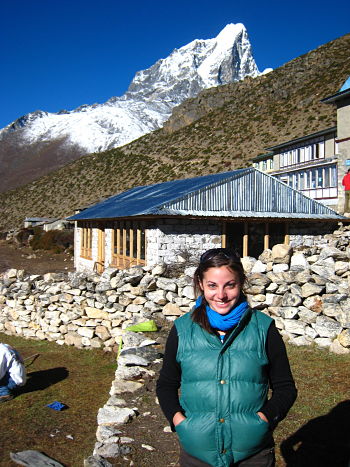 When Hilary grew up she hiked to  Mount Everest Base Camp, having practiced on climbing a few of Colorado's Fourteeners. Photo by Michael Edesess

My referring to Mrs. Edge year after year was one obstacle, since I couldn’t get close to or authoritatively write about a woman I called ‘Mrs. Edge.’  But perhaps the story of how I came to be her biographer actually begins when I decided to be Robert Marshall’s biographer;  I figured a book about this near-mythic conservationist would be necessarily brief since Robert died at the age of 38 in 1939. 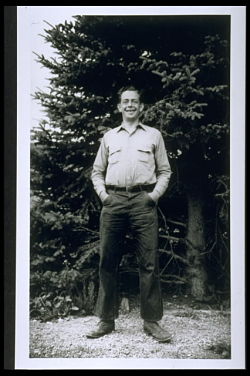 Wilderness Savior Bob Marshall was my first biographical subject--and an early supporter of Rosalie Edge. Photo used with permission of The Wilderness Society

In 1986 I set out to meet his brother George who at 80, was living in London.  My youngest daughter Ariel was then 79 years, ten months younger than George.  Inseparably she and I flew to England, arriving in a blizzard.  By the time I straggled up to the door of George’s posh townhouse with my baby cocooned in a Snugli, he was not glad I—we--had come.  After three days of abysmal weather that made transportation between my hotel and Marshall’s place unreliable, I flew back to Colorado with Ariel, chastened by my failure.  For the next four years I didn’t try to be anybody’s biographer, writing instead about Rocky Mountain environmental issues for Audubon, Wilderness The New York Times and other publications.  One day  T. H. ‘Tom’ Watkins, my editor and dear mentor at Wilderness, called from Washington, D.C. to say he had learned Rosalie Edge’s conservation papers were in the Denver Public Library’s Western history department.  Tom advised that if I was still interested in writing the biography of a great conservationist I should try again by reconnoitering Edge’s papers. The convenient opportunity to tell the story of this once famous but then forgotten woman intrigued me, based on the little I had read about her.

Next Time: I Scout Out ‘Rosalie Edge Cons 44’