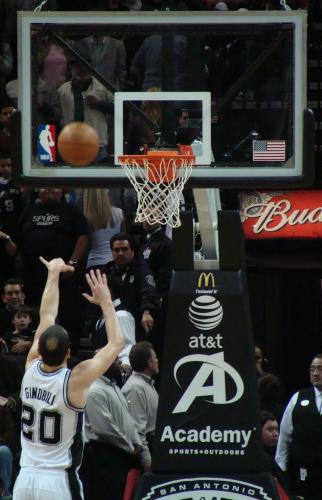 Forget “the dog ate my homework.” An intern for the San Antonio Spurs blamed a bird for his failure to bring home a signed two-year contract extension for veteran wingman Manu Ginobili.

The Spurs sent an intern to Buenos Aires to hand-deliver the contract, which Ginobili signed. Then things took a turn for the worse.

Hours before the Spurs’ intern was to fly home from Buenos Aires, team officials said that he was strafed by a bird in a park. As he tidied up at a fountain, his backpack disappeared. Inside were Ginobili’s signed contract, along with the intern’s passport, cellphone and laptop.

We asked avian expert Kenn Kaufman to weigh in on the strange situation.

“My interpretation is that the unlucky messenger either (A) got hit by droppings from some random bird flying overhead, or (B) walked too close to an active nest and was dive-bombed by the parent birds,” says Kaufman. “There are plenty of birds nesting in parks in Buenos Aires, and several species there (such as rufous-bellied thrush and chalk-browed mockingbird) would be fearless enough to attack unsuspecting humans that walked too close to the nest, just as American robins and northern mockingbirds do in the USA.”

While news accounts indicate that the thief that made off with the bag was of the human persuasion, Kaufman says there are birds capable of lifting the goods.

“I've seen Chimango Caracaras in parks in Buenos Aires, and they're bold scavenger types that might be capable of carrying a small backpack with lightweight contents, so it's at least possible,” he says, though unlikely.

A second Spurs employee came to the rescue. The assistant brought a new contract and made it back to Texas without further avian escapades.