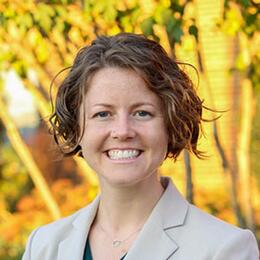 Earlier this week, President Biden signed the Inflation Reduction Act of 2022, signifying a surge of federal investment in confronting the climate crisis. The new law provides unprecedented levels of funding for renewable energy, climate resilience, agriculture, forestry, and environmental justice initiatives. All of these programs will benefit the West by reducing emissions and providing meaningful action to address climate change, but there are two specific items that are of critical importance given the ongoing drought crisis. During final negotiations in the Senate, an additional $4 billion was included to specifically address the ongoing drought in the West, along with $20 billion in climate smart agricultural practices. Audubon’s advocacy through the years and in the final negotiations of this bill were instrumental in championing the need for this increased focus on western water.

Climate change is here and birds and communities are feeling its impacts from coast to coast; these range from extreme storm events and sea-level rise to inland flooding and invasive pest infestations to extended drought, heatwaves, and wildfires. Water is the mechanism through which many people are experiencing climate change—that is especially true in the American West. Ongoing aridification and the cascading results are threatening homes, communities, Tribal nations, birds and wildlife, and even the massive water infrastructure (e.g., Hoover Dam and Glen Canyon Dam) that seemed to be permanent landmarks of the Southwest. As the climate warms, scientists anticipate smaller snowpacks that melt faster, drier soils that absorb moisture before it can fill up river systems, and punishing heat waves that increase rates of evaporation. These changes threaten people and birds like the Sandhill Crane and Western Sandpiper; two-thirds of North American birds are at risk of extinction due to climate change. Birds are telling us the time to act is now.

This year, the megadrought in the West has drawn attention in Washington D.C. Multiple legislative hearings in both the House and the Senate focused on the drought and potential solutions. In fact, several Audubon staff were asked to testify about it. In July, the House passed a large package of legislation, the Wildfire Response and Drought Resiliency Act, which included a number of bills that would support birds and people throughout the West. Audubon and our partners have continued to raise the importance of conservation in federal discussions.

Audubon and our partners were instrumental in helping the Inflation Reduction Act cross the finish line and we’re grateful to Congressional champions who fought for this new climate resilience and drought funding, including adding in language for ecosystem and habitat restoration projects to address issues directly caused by drought in a river basin or inland water body (which could be directed at the Salton Sea or Great Salt Lake—two top Audubon priorities). The final language puts a focus on long-term water conservation, rather than just short-term solutions, and requires compliance with relevant environmental laws. In addition, we were pleased that the funding made available for drought mitigation is not coming at the expense of other conservation programs; rather, it is new funding entirely. Additionally, hundreds of millions of dollars are included for Tribal climate resilience and adaptation programs, near-term drought relief actions to mitigate drought impacts for Tribes, watershed health and forest management for the U.S. Forest Service, resilience actions for Interior agencies including the National Wildlife Refuge System, and Endangered Species Act recovery plans.

While the Inflation Reduction Act marks the most significant climate legislation ever enacted in the United States, Audubon knows more work is needed. The aridification of the West requires long-term, sustainable solutions and federal funding in the amounts noted above won’t be available every year. Every sector and water user in the West needs to contribute to solving the challenge in a collaborative way, and Audubon is proud to be a productive, proactive partner in these discussions. Furthermore, portions of the Inflation Reduction Act open up new areas in the country to fossil fuel leasing, which undermines the climate action achieved in the law. And, more funding is needed to address environmental justice concerns and ensure communities historically excluded from federal opportunities are prioritized. Audubon looks forward to the clean energy and drought solutions spurred by the Inflation Reduction Act and will continue to push for healthy, sustainable solutions for birds and people.