Your adoption supports urgent work to save birds and habitats—and you get an adorable plush! 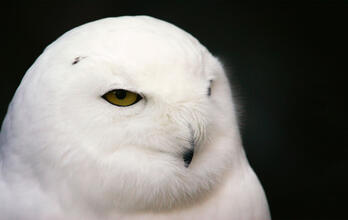 Many owls roost in trees, often spending consecutive days around the same concealed perch and venturing out at night to hunt. A roosting owl commonly leaves visual clues to its whereabouts: a scattering of furry, oval objects on the earth below its perch. They are owl pellets.

Because owls often swallow mice, voles, small birds, and other prey whole, their digestive system has to deal with bones, fur, and feathers. The owl’s gizzard performs a kind of sorting operation: Soft tissues pass through to be digested, while indigestible sharp and hazardous bits like bones, teeth, and fur are formed into an oval mass. They pass back up the digestive system and are regurgitated as a pellet some hours later, often while the owl is at roost.

Quite a few other kinds of birds do this, from herons to hawks. Even swallows eject pellets of insect exoskeletons. But since owls don’t tear up smaller prey as a hawk might, the intact bones of an owl’s pellets offer a particularly exquisite insight into what it’s recently eaten. Students at all levels puzzle over them like forensic detectives, to learn hands-on about the food chain, animal anatomy, and principles of ecology.