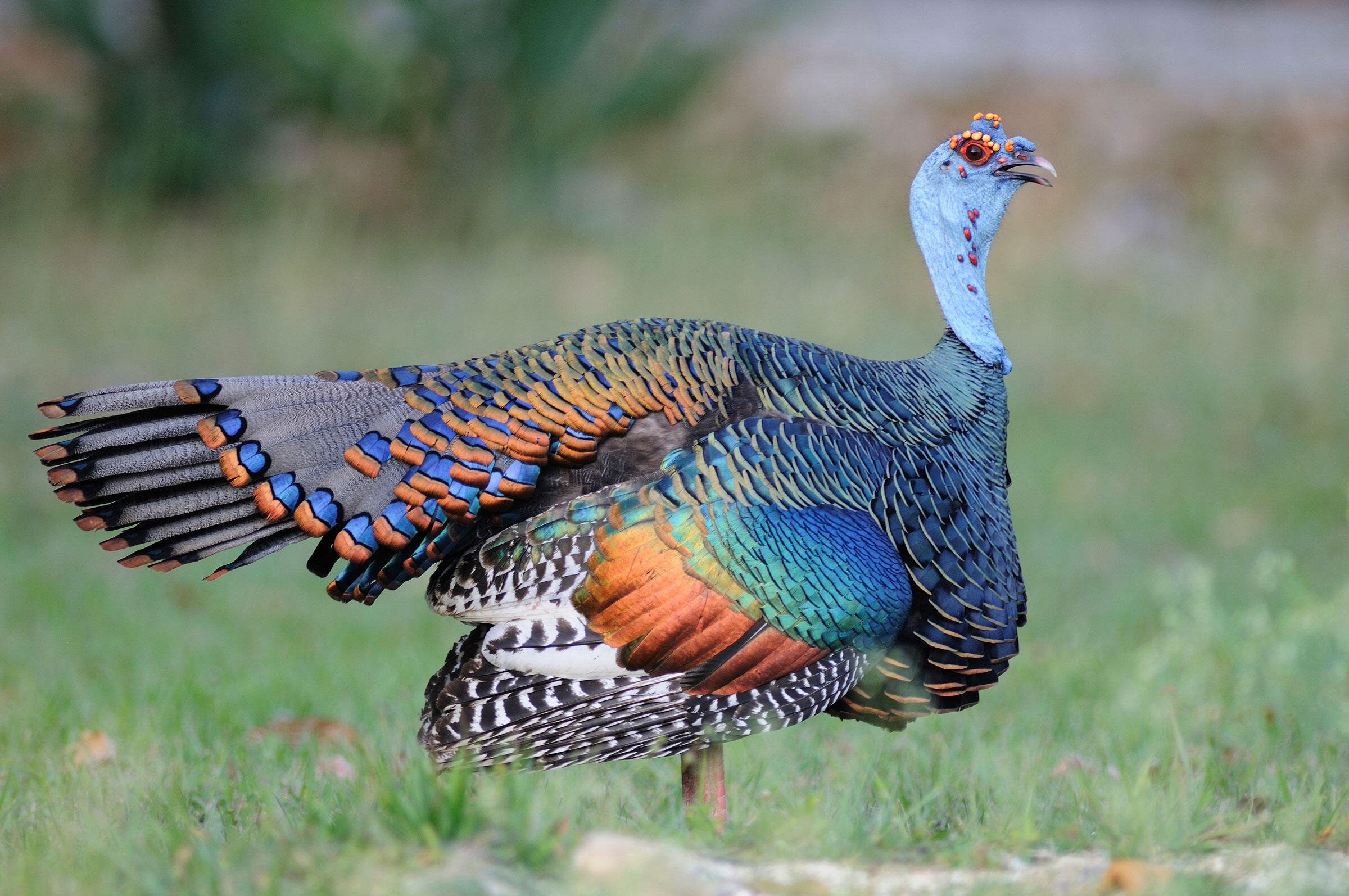 Where to Go Birding in El Petén, Guatemala: Part 1

Located in the Maya lowlands, Uaxactun is home to an astonishing diversity of birdlife and a growing network of trained guides.

“Exotic birds and ancient ruins are a great combination,” says guide Jóse Barrientos, who is among the first residents to welcome me to Uaxactun (pronounced "wah-shock-tune"). Located just north of the sprawling archaeological complex at Tikal, Uaxactun has some of the oldest known structures in the Maya World, including an ancient temple adorned with colossal masks representing sky serpents and jaguar gods. Once a celestial observatory, its sacred geometry is oriented to predict solstices and equinoxes.

Just a stone’s throw from the ruins, the village’s thatch-roofed houses surround a cleared area that was once an airstrip and is now a soccer field shared by barefoot children, chickens, dogs, and horses. Many of the village’s current residents are chicleros (gum collectors), who make a living sustainably gathering chicle, xate palm leaves, and allspice. The abundant wildlife in the surrounding forests includes monkeys, jaguars, deer, and anteaters.

And then there are the birds. The diversity here is astonishing, with jacamars, leaftossers, oropendolas, and puffbirds darting among the ruins. In the surrounding forests you can see and hear many of Central America’s most sought-after species, such as the Tody Motmot, Ocellated Turkey, Pheasant Cuckoo, and Yucatan Poorwill.

“We have several great birding guides and many high-quality birds, and we charge about half of what guides charge at Tikal,” Barrientos says. “We even have a woman who cooks food for visitors.”

Unfortunately, most visitors to the area don’t hear about Uaxactun, and many of those who do know about this special place arrive on buses, with box lunches and their own guides.

“When that happens,” says Barrientos, “the community is not earning anything.”

That might be about to change. Audubon has partnered with the Wildlife Conservation Society-Guatemala and the country’s Tourism Board (INGUAT) to develop and promote bird tourism in communities like Uaxactun. Focusing on bird-rich areas where a large percentage of the populace lives below the poverty line, the Bird-Based Tourism Initiative is designed to build niche markets that support economic development, empower communities, and improve local lives—all while preserving and creating value for natural habitats.

The Birding Clubs of Petén

Nearly all the guides at Uaxactun and Tikal belong to one of two very active birding clubs in the region: the Petén Birders Club and the Caoba Birders Club. Both clubs work in schools and communities to raise awareness among about the importance of protecting natural resources.

“In the forests and in the schools, we are waking people up to the nature all around them,” says Hugo Mayen, a Petén Birders Club member.

Their work is taking on a new urgency in northern Guatemala, where habitat loss has accelerated as trespassers clear land for large-scale agriculture and human settlement.

In April of this year, human-caused fires consumed more than 30,000 hectares of forest in and around the Maya Biosphere Reserve, near Guatemala’s northern border. The blazes destroyed forests near the country’s last Scarlet Macaw breeding site, and further reduced the habitat favored by the endangered Pink-headed Warbler.

In addition to training guides like Barrientos, the Audubon Society and the Petén Birder’s Club have been working with the Guatemalan Institute of Tourism to offer a birding-specific tour guide certification, which will further differentiate trained birding guides from generalist guides.

Since the project began in 2013, the number of people employed in bird-related tourism at project sites in Guatemala has increased 20 percent—and among trained bird guides the average yearly income grew from $2,123 to $4,590. Thus far, guides at nearby Tikal have seen most of the income growth. But Uaxactun’s guides hope that a new website and new trail signs (courtesy of the Audubon) will help to attract more visitors to this lush and vibrant birding locale.

Marcial Córdoba of WCS-Guatemala believes that it will take some time for bird tourism to gain traction in Uaxactun. “The area has great tourism potential, but most people are not aware of its proximity and easy access from Tikal,” says Córdoba. “We need to market this as a place where people can see birds and have adventures. We’re close to so many things to do: archaeology, camping, hiking, artisans, and restaurants.”

In their free time, Uaxactun’s guides have taken it upon themselves to promote conservation in the community. They’ve built recycling bins, organized village cleanup days, and put up anti-littering signs. “All of this helps to create a mentality that our natural resources here are worth protecting,” Barrientos says.

Birders who have visited Uaxactun say it’s one of the best-kept secrets in Central American birdwatching. “But if it stays a secret too long our trained guides have to go someplace else to find work,” Córdoba says. “Without any economic benefit the conservation ethic in the community will be much harder to sustain.”

Where to start: Uaxactun is located in the Petén region, about 20 kilometers north of Tikal. Flores is the starting point for most adventures in Petén, which is known for its archeological richness as well as its flora and fauna.

How to find more information: Check Audubon’s Birding and Ecotourism in Guatemala page for general info.

Take a tour: If an all-inclusive tour is what you’re after, Rockjumper offers Guatemalan birding adventures that can include a Tikal extension.