As birds go, there seems to be nothing typical about the American Woodcock. It’s technically a sandpiper, but has a plump, round body, a comically long, straight bill – and it lives on the ground in the forest. Probably never seen a beach or mudflat.

A woodcock’s eyes are large, and set high and far back on its head – so situated that it likely has panoramic vision both above and behind, to detect potential predators. And it needs to be watchful, because it spends much of the time with its long bill poked into the soil, in search of earthworms. The woodcock likely can’t see the tip of its bill, but it doesn’t really need to. The bill tip is fully loaded with diverse sensory receptors.

As evolution pushed the woodcock’s large eyes farther back in the skull, something had to give anatomically. So a woodcock’s ear openings are now set under the eyes, instead of behind, as in most birds. And its cerebellum, the part of the brain that handles muscular control, is no longer where it is in most birds - at the rear of the skull. It's ended up under the rest of the brain, just above the spinal column. Adaptation to its environment has, essentially, turned the woodcock’s brain upside down. 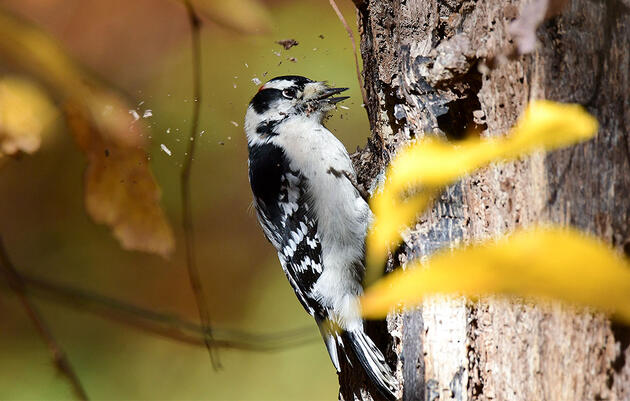 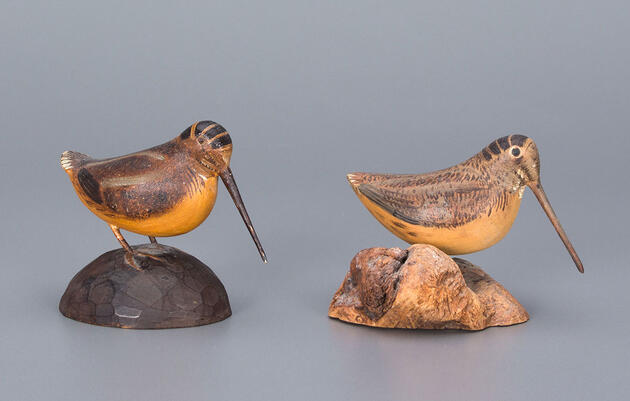 A stunning collection of decoys and bird-themed art, collected by a leading conservationist, is up for sale in July. 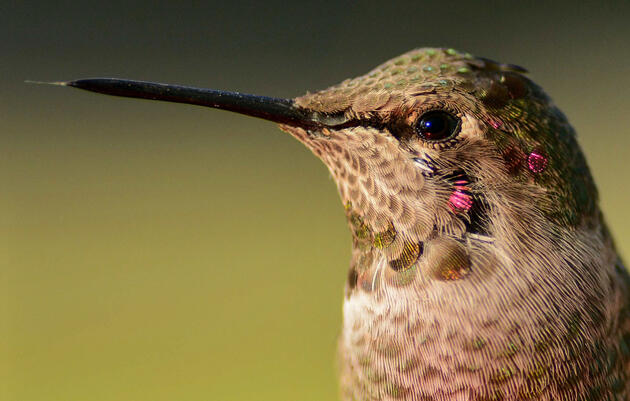