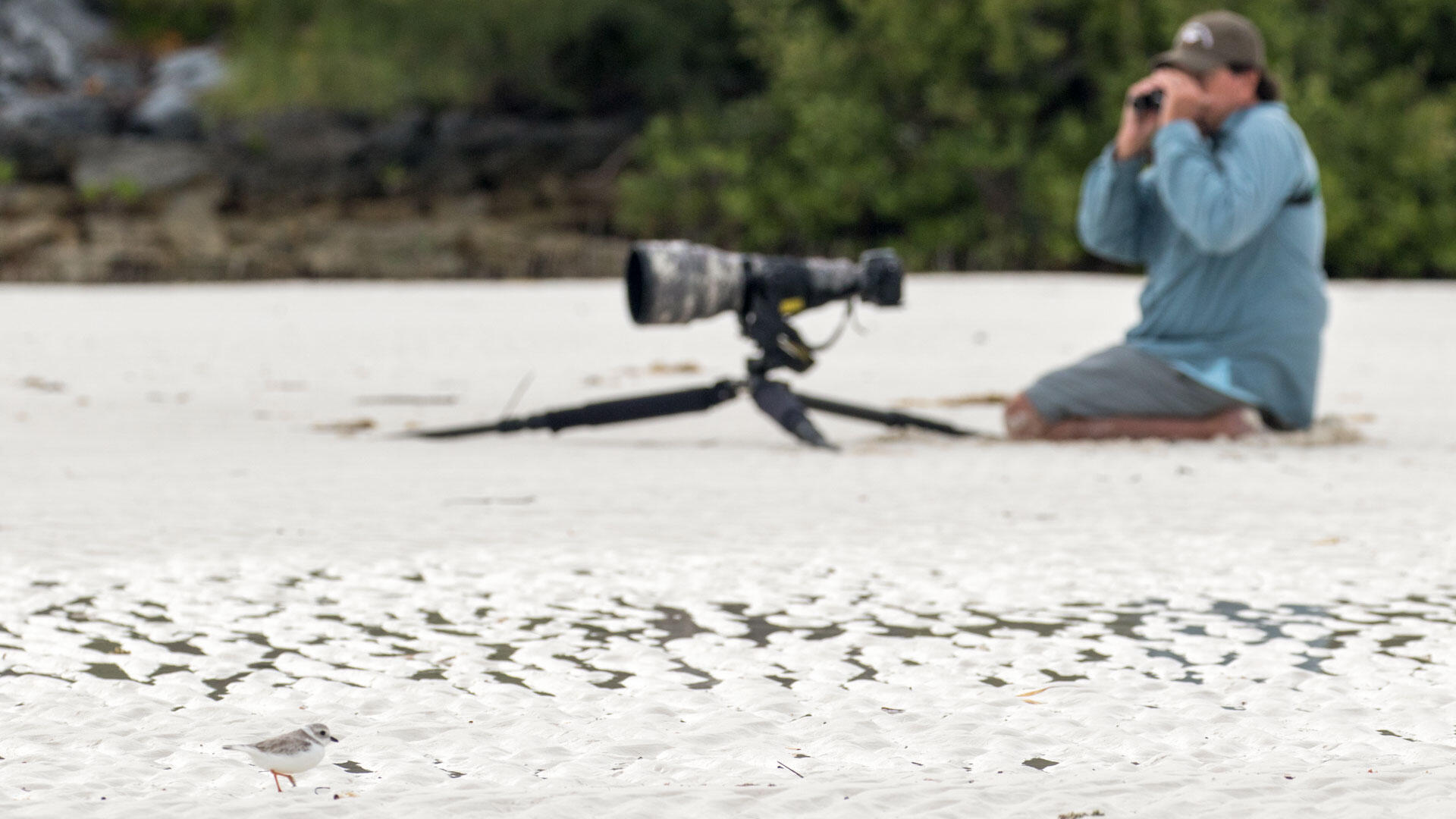 Photographers share advice, their most memorable avian shots, and the ones that got away.

1. Wildlife photographer Melissa Groo has received numerous accolades for her work—most recently as the Grand Prize winner of the 2015 Audubon Photography Awards.

The backstory: One image stands out the most in my mind, because for me it was the moment that really cemented my love of bird photography. I was photographing a Northern Harrier from my car, and at one point she flew directly toward me and held me in her gaze, seeming to consider me for a brief moment. In those few seconds, I felt her wild soul and knew that this was what I wanted to do: capture moments in the lives of wild animals, and try to connect viewers with those animals.

2. Award-winning photographer Michael Forsberg has dedicated himself to using his photography as a call to protect wildlife and wild places, and is a senior fellow with the International League of Conservation Photographers. Most recently, Audubon ran an incredible shot by Forsberg of the prairie pothole region.

The one that got away: Usually you see only a photographer’s success, but I fail a lot as a photographer, waiting for birds that don’t come, or birds that show up and are doing interesting things but the light is poor. Years ago I spent every day for almost a week lying on my belly in a small homemade blind on a prairie dog town in western South Dakota, waiting for a Burrowing Owl to come up out of its nest burrow. The days were long and hot, so the owls were mostly coming out after dark. But the sixth night in a row it happened right as the sun was setting, and when that tiny owl locked eyes with mine through the viewfinder, it was like it, in all of its wildness, was looking right into my soul. I will never forget that moment for as long as I live.

3. Joel Sartore has turned shooting profiles of birds and other wildlife into an art. A 2014 Audubon profile of Sartore describes his quest to get a close-up of every captive species on earth—as many as 12,000 species.

The backstory: My most memorable bird shot is probably this one of a green anaconda clutching and killing a Great Egret in the Pantanal of Brazil. I was in shallow water, and was shooting at water level just a few feet way. The kill was slow. My assistant saw the Great Egret flapping its wings but not taking off, so he was fairly certain that a snake had the bird. Plus there was a Jabiru Stork standing out there in the water trying to poke a hole in the snake as well. The stork flew off as we waded out to the egret. Once we got to the downed bird, we could see a green anaconda’s coils around the lower part of the bird’s body.  It was a very amazing moment to be a part of. I felt bad for the bird, though.

4. Award-winning conservation photographer Mac Stone specializes in documenting the Everglades and America’s swamps. Check out his series of photos of Red-cockaded Woodpeckers that ran in the March-April 2015 issue of Audubon.

The one that got away: Oddly enough, the bird that got away is also my most memorable shot. Working on a story about the endangered Everglades Snail Kite for my book Everglades: America’s Wetland, I spent months planning a perspective that had never been attempted before. I budgeted and gave myself four days to make a unique frame of the kite hunting apple snails, using a camera trap and a wide-angle lens. After spending those four days waiting in my canoe from dawn to dusk, with no success, I had to return home. I was utterly defeated and deflated. It was expensive, and I didn’t think I could afford another failure. But it kept gnawing at me, this idea that I had to make it work. So, going for broke, I bought another plane ticket, rented a car, and went back to Lake Okeechobee.

It was critical to me to make this frame, because it helped tell a bigger story about the connection between healthy wetlands and this icon of the Everglades. I spent another three days in nine-hour shifts waiting in my canoe. With help from state wildlife biologists, we finally pulled it off on the seventh day. Here’s a video about how we did it.

5. Now that Connor Stefanison, who took up photography in 2008 at the age of 17, has completed his degree in ecology, conservation, and evolution at Simon Fraser University, he’s dedicating more time than ever to nature photography. Stefanison spent several days in the field with biologists last year for an Audubon story about restoring Common Loons.

The backstory: My most memorable bird image is definitely from my first experience with a particular female Common Loon that I have now been photographing for a few years. She’s a very tolerant loon, and accepted my presence from the first time I encountered her. The image is of her sitting on her nest at sunset. Many nesting Common Loons are quite shy toward humans, but this one was completely calm toward me. I’ve spent numerous evenings sitting beside her at sunset, and every encounter is just as exciting as the first.

I don’t recommend approaching just any nesting bird to take this type of photo. This is only possible with certain tolerant individuals. Always consider the welfare of the subject before attempting to make an image.