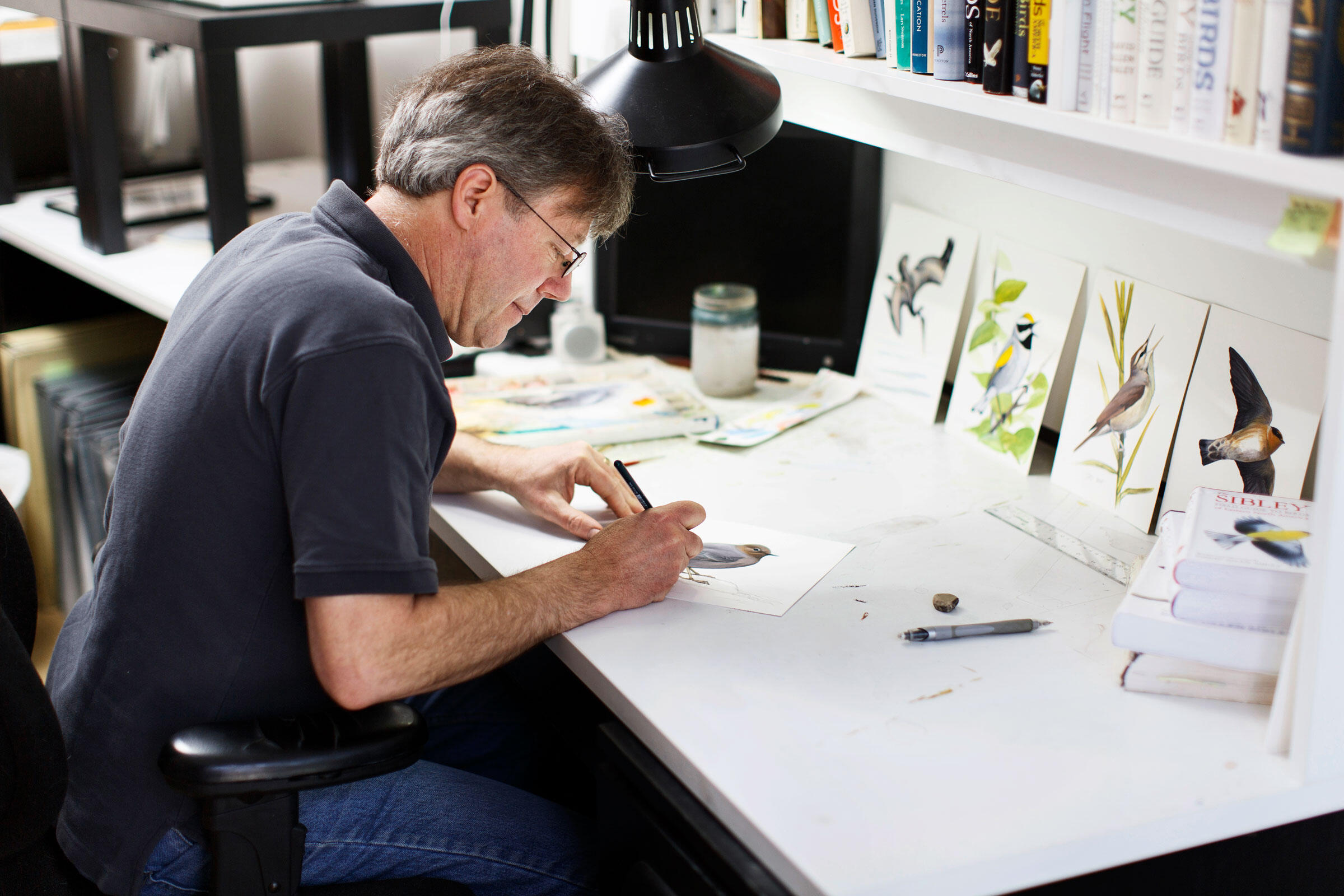 There are 47 million birdwatchers. But there is only one David Sibley.

He knows every North American bird: by its shade, by its tilt, by its habitat, by its male, female, and juvenile plumages. It’s only natural; he’s the son of a Yale ornithologist and has been birding since his childhood in Connecticut. Sibley was only seven when he began drawing birds, filing his illustrations away along with clips about the natural history of each species.

It’s a habit he never shook. As an adult, Sibley merged that encyclopedic knowledge with his skills as a self-taught artist to become one of America’s best-known field guide authors. His first bird guide was released in 2000. With The Sibley Field Guide to Birds, a New York Times bestseller, Sibley was immediately hailed as heir to the great birder and artist Roger Tory Peterson, placing him in a long line of artist-naturalist hybrids that leads straight back to John James Audubon himself.

It’s high praise, earned by an unfailing attention to detail: Sibley painstakingly draws what he sees in the field—900 species for his most recent field guide—first in pencil and then in gouache paints. Putting together a book that documents each form of each species is a monstrous task. He’s done it twice. For the second edition of his bird guide, which was published in spring of 2014, he drew 600 completely new images, 111 additional species, and made more than 3,000 revisions.

We at Audubon are immensely fortunate to partner with David Sibley for our new online field guide to North American birds. This incredible visual and interactive experience is made possible by his paramount illustrations. He is a boon to both the birding world and the art world, and he has proven once again that science does not always have to be sacrificed to aesthetics.