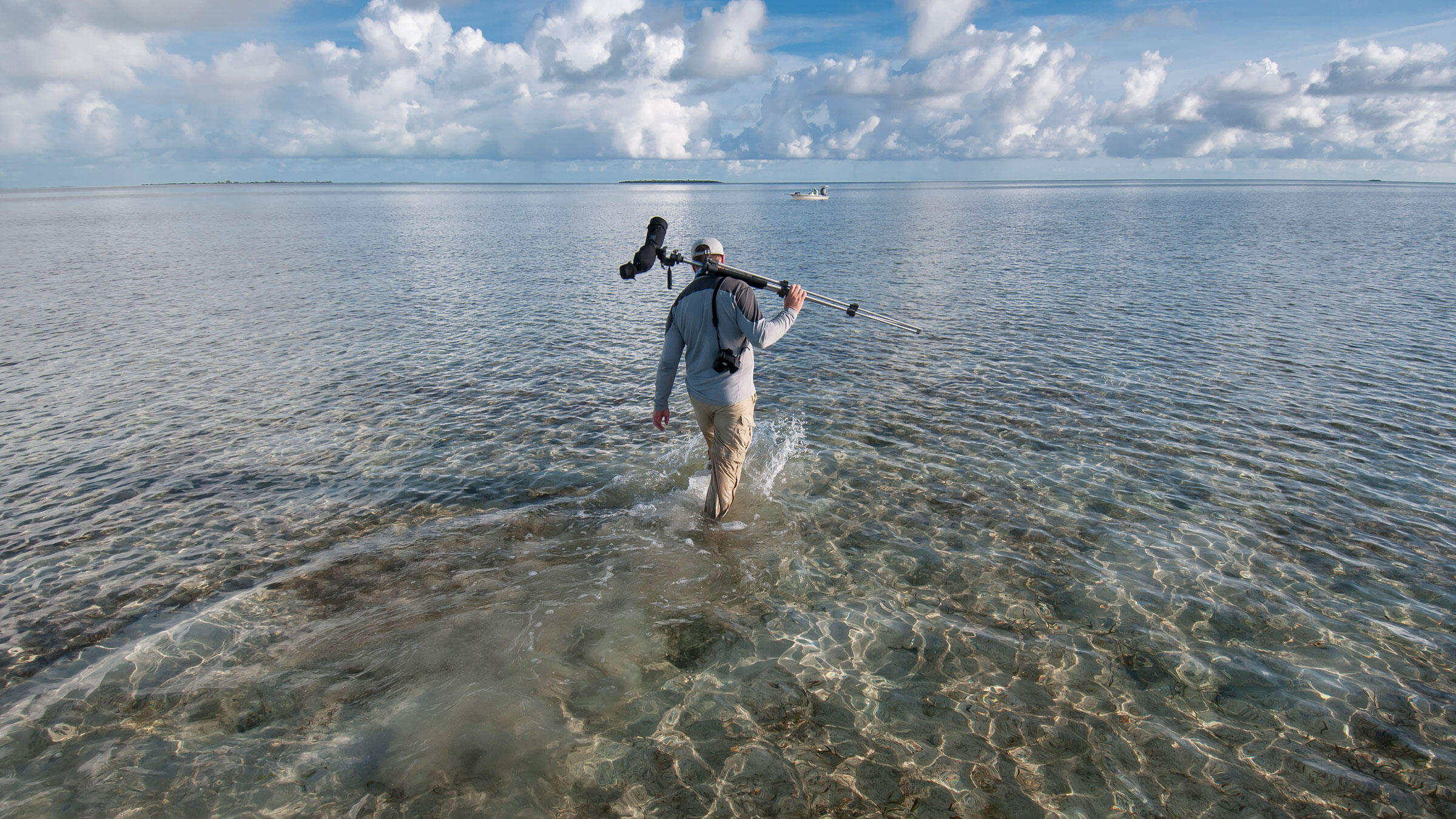 Birding and Ecotourism in The Bahamas

Birding and Ecotourism in The Bahamas

A nation of over 700 islands, cays, and islets in the Caribbean, the Bahamas covers over 180,000 square miles of ocean, with each major island full of avian surprises. For much of the year (except summer), the woods are full of warblers and the wetlands and beaches are stacked with shorebird species from the U.S. that spend their winters on the islands. The islands are also home to a number of endemic species, including the Bahama Oriole, a species that can be found on only one island in The Bahamas, where its habitat, along with habitats of other species, has been threatened due to development and fragmentation of forests.

In the Bahamas, Audubon has partnered with the Inter-American Development Bank and the Bahamas National Trust with support from the Ministry of Tourism. Local Bahamian experts adapted the curriculum to focus on local species and ecologies. To date, the project has trained 80 local community members to be bird guides and trained two-dozen individuals to support citizen-science efforts. With trainings endorsed and supported by the Ministry of Tourism, bird tourism in The Bahamas is set to become a key resource for both local communities and natural areas.

Audubon offers one sample itinerary designed for birding in The Bahamas: The Bahamas.

Andros is the largest island in The Bahamas, but it has a small population and low population density of about four people per square mile. This island is the only location in the world for the endangered Bahama Oriole, so it is an essential destination for birders visiting the region. It has good forest where the Key West Quail Dove, Great Lizard Cuckoo, Bahama Yellowthroat, and many other Bahamian specialties can be seen. It is also famous for its blue holes—collapsed sinkholes that can be extremely deep and connected to the ocean. Because freshwater is less dense than seawater, a lens of freshwater (from rain) floats on the surface of the blue holes. Many blue holes have endemic fish that have evolved to adapt to the freshwater and are confined to a single blue hole.

Inagua is the third-largest island of The Bahamas and the southernmost, located within sixty miles of Haiti and Cuba. Lacking the forests found on the other main islands, its wetlands are recognized as internationally important by the Ramsar Convention. They are home to the world’s largest colony of American Flamingos that was protected and brought back from near extirpation through the National Audubon Society’s efforts to hire the first wardens. The island’s economy is based on the Morton salt works that harvests over a million tons of salt annually in a way that creates foraging habitat for flamingos.

Depending upon the season, huge numbers of shorebirds inhabit the wetlands and beaches including the threatened Snowy Plover. It is also home to the hummingbird Inagua Woodstar, found only on this island and its sister Little Inagua, as well as the Bahama Parrot.

The second-largest and northernmost main island of The Bahamas stretches over 100 miles. A great island for birding, it has a national park at the southern end established to protect its Bahama Parrot population. Aside from the parrot, the Bahama Warbler (restricted to Grand Bahama and Abaco) and the West Indian Woodpecker (restricted to Cuba and Abaco, now rare on San Salvador) are the key target birds, but many other specialty birds are found in the large pine forest, patches of coppice, mangroves, ponds and sandy beaches. 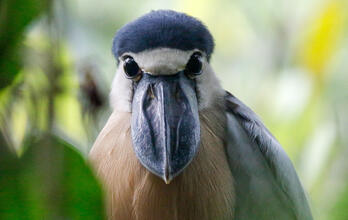