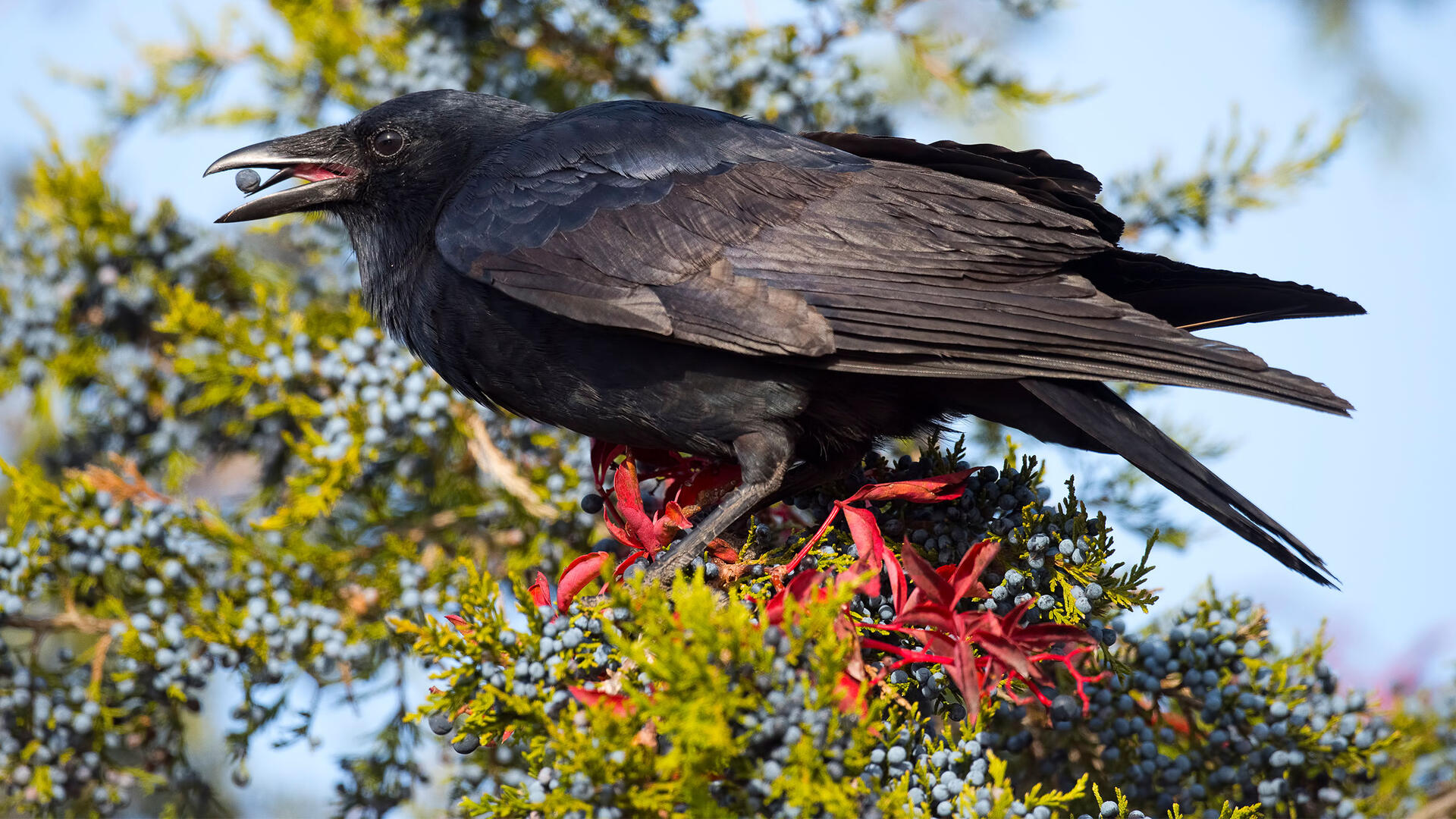 Opportunistic, quickly taking advantage of new food sources. Feeds mostly on the ground, sometimes in trees. Scavenges along roads and at dumps. Will carry hard-shelled mollusks high in air and drop them on rocks to break them open. Indigestible parts of food are coughed up later as pellets.

4-6, sometimes 3-9. Dull blue-green to gray-green, blotched with brown and gray. Incubation is probably mostly or entirely by female, about 18 days. Young: Fed by both parents and sometimes by "helpers." Young leave nest about 4-5 weeks after hatching.

Fed by both parents and sometimes by "helpers." Young leave nest about 4-5 weeks after hatching.

In courtship on ground or in tree, male faces female, fluffs up body feathers, partly spreads wings and tail, and bows repeatedly while giving a short rattling song. Mated pairs perch close together, touching bills and preening each other's feathers. Breeding pair may be assisted by "helpers," their offspring from previous seasons. Nest site is in tree or large shrub, 10-70' above the ground, usually in vertical fork or at base of branch against trunk. Rarely nests on ground or on building ledge. Nest (built by both sexes) is a large bulky basket of sticks, twigs, bark strips, weeds, and mud, lined with softer material such as grass, moss, plant fibers, feathers. 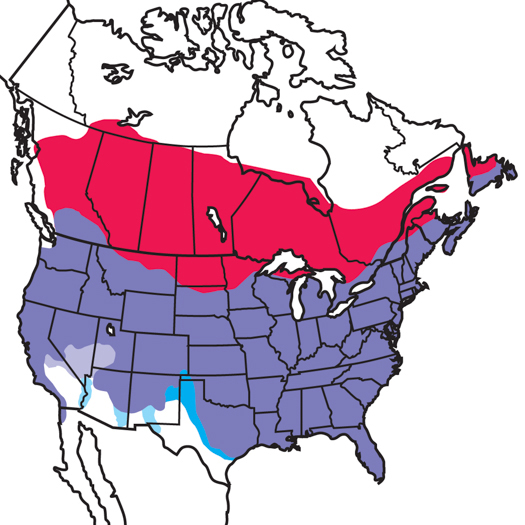 How Climate Change Will Reshape the Range of the American Crow

Why the Northwestern Crow Vanished Overnight

The loss of a species should always capture our attention, but it need not always demand our grief.

Gain a Duck, Lose a Crow: the 2020 Updates to North American Bird Names

The Mexican Duck is now its own species, and the Northwestern Crow officially gets lumped with American Crow.