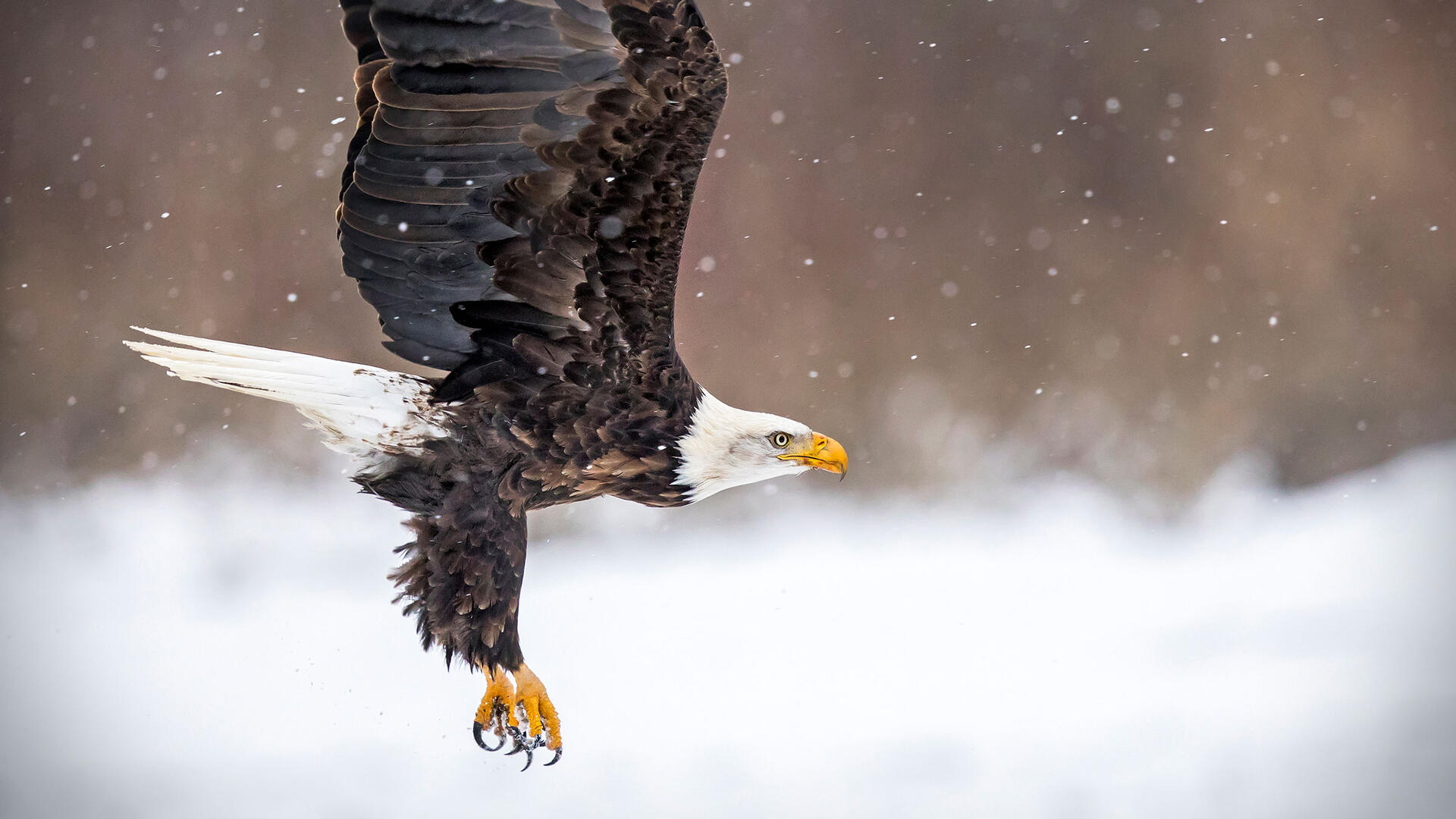 Opportunistic; sometimes a predator, sometimes a scavenger. Does much hunting by watching from a high perch, then swooping down to catch prey in its talons. Also hunts by cruising very low over sea or land, taking prey by surprise. Where fish are abundant (as at spawning runs), may wade in shallow water to pursue them. Sometimes steals fish from Ospreys or other birds. Also lands on ground to feed on carrion.

At least one parent remains with young almost constantly for first 2 weeks. Both parents bring prey to nest, tearing food into small pieces and feeding it directly to young at first; after 3-6 weeks, young begin pecking at food dropped in nest. In seasons when prey is scarce, only largest young may survive. Age at first flight about 10-12 weeks.

Mostly fish when available, also birds, mammals. Feeds heavily on fish in many areas, including herring, salmon, carp, catfish, many others. When fish are scarce, may eat birds (ducks, coots, auklets, others) or mammals (jackrabbits, muskrats, others). Sometimes eats turtles, crabs, shellfish, other items. Often feeds on carrion; when fish or carrion readily available, may catch few birds or mammals.

Usually first breeds at age 4-5 years, and may mate for life. Nest site is usually in tree, often on cliff in west, or on ground on northern islands. Tree nests are usually in very tall tree, standing above surrounding forest, up to 180' or more above ground. Nest (built by both sexes) usually a mound of sticks, lined with finer materials; nest may be reused and added to for years, becoming huge. Great Horned Owls sometimes take over nests.

Many southern and coastal adults are permanent residents (as far north as Aleutian Islands). Birds from far northern interior migrate south in winter. Immatures from Florida may migrate far north (even to Canada) during their first summer.

Many southern and coastal adults are permanent residents (as far north as Aleutian Islands). Birds from far northern interior migrate south in winter. Immatures from Florida may migrate far north (even to Canada) during their first summer. 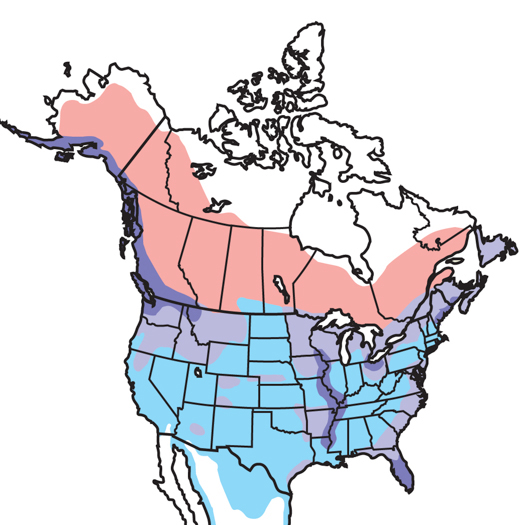 How Climate Change Will Reshape the Range of the Bald Eagle

Top Arizona Water Priorities for the Legislature this Year

A fresh look at how the statehouse can support Arizona’s waterways.

Audubon continues to fight for a better water future in the West.