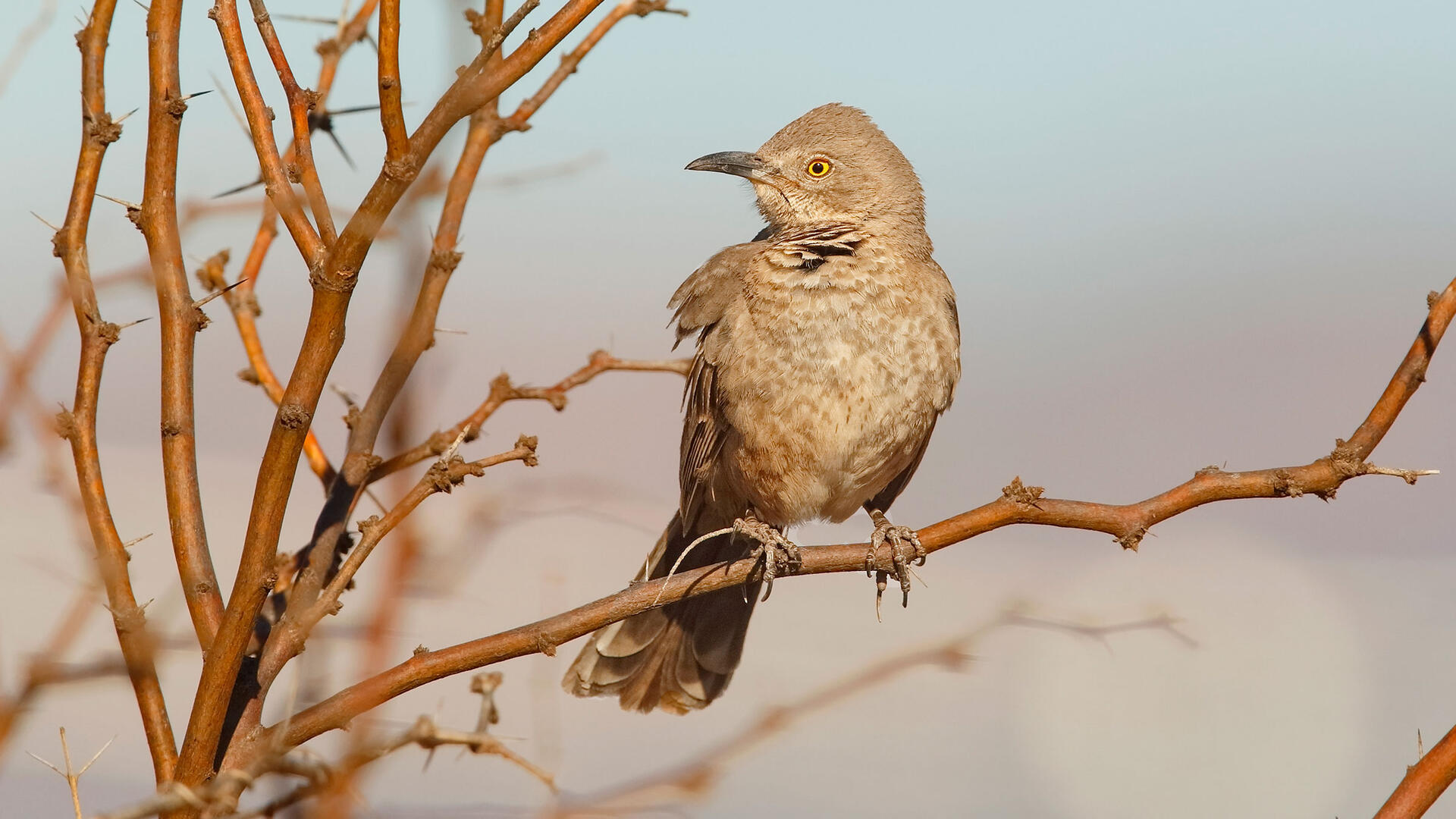 Forages mostly on the ground. Picks up insects from the surface, or uses its bill to scratch or dig slightly in the soil or to turn over rocks or other items. Has a small bill, and does not dig as effectively as most thrashers.

Usually 3, sometimes 4, rarely 5. Whitish to pale gray-green, blotched with brown and buff. Incubation period and role of the parents in incubation are poorly known. Young: Both parents feed the nestlings. Young leave nest about 12 days after hatching. 2 broods per year, perhaps rarely 3.

Mostly insects, some seeds and berries. Feeds mainly on insects, especially ants, termites, beetles, antlions, grasshoppers, and others; also spiders. Also feeds on seeds of grasses and other plants, various berries, and cactus fruits, including those of giant saguaro.

Male sings in spring and summer to defend nesting territory. Nest: Usually placed in dense low shrub, tree, or cactus, commonly in cholla, yucca, mesquite, acacia, desert hackberry, also in other low growth, usually 3-10' above the ground. Nest is typically a bit smaller, more compact, and made of finer materials than the nests of most thrashers; usually has outer layer of twigs, inner layer of soft material such as grass, rootlets, feathers, animal hair. 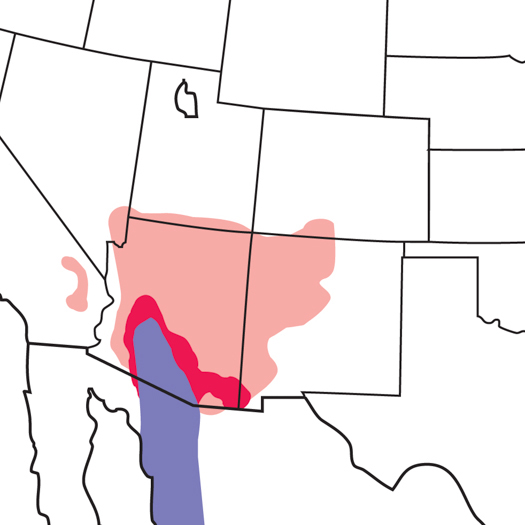 A clear, melodious warble with some repetition, and continuing at length. Call is a low chuck.

How Climate Change Will Reshape the Range of the Bendire's Thrasher