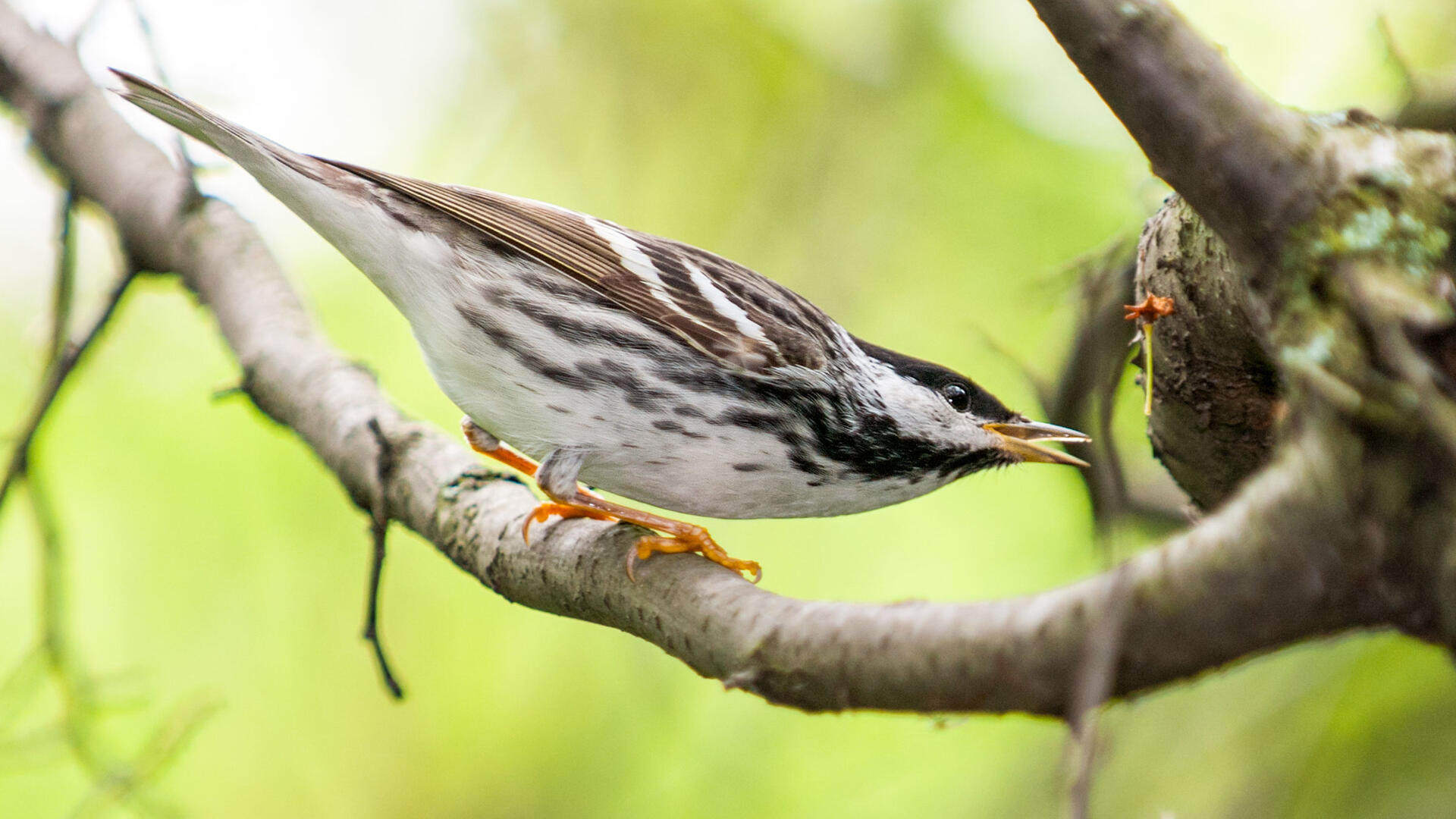 Forages in a deliberate manner, creeping along on branches in the tops of taller trees, gleaning insects from bark, leaves, and twigs. Also flies out to catch flying insects. In migration, may forage frequently with other warblers.

Fed by both parents. Leave nest 11-12 days after hatching. 1 brood per year, sometimes 2.

A few males have more than one mate per nesting season. Females return to nest site of previous year and mate with male holding that territory, whether or not he is already mated. Courtship and nest building are deliberate and protracted, and begin later in the season than in most warblers. Nest: Placed next to trunk, on horizontal branch, usually 2-12' above the ground, rarely more than 30' up. Site is located in the understory of young spruce or fir saplings, sometimes in alder thickets. Bulky open cup (built by female) is made of twigs, bark, sprays of spruce, grass stems, weeds, moss, and lichens; lined with feathers, hair, rootlets.

Spring migration moves north mostly through Florida, spreading west from there. In fall, many fly nonstop from eastern Canada or northeastern United States to northern South America. Every fall, many (to 100 or more) lost strays appear along Pacific Coast.

Spring migration moves north mostly through Florida, spreading west from there. In fall, many fly nonstop from eastern Canada or northeastern United States to northern South America. Every fall, many (to 100 or more) lost strays appear along Pacific Coast. 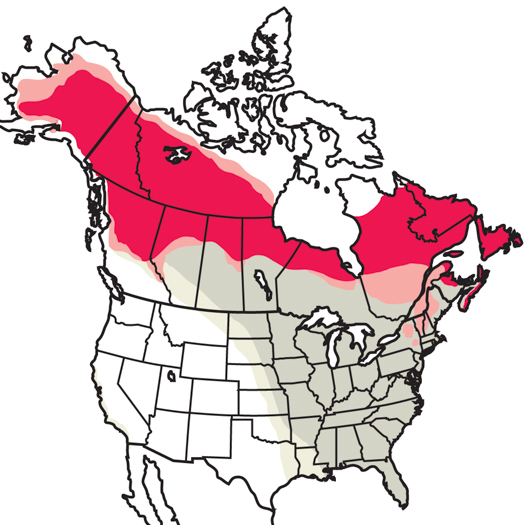 How Climate Change Will Reshape the Range of the Blackpoll Warbler

How the Boreal Forest Can Help Protect Birds from Climate Change

Nature-based climate solutions can deliver one third of the emission reductions needed to meet the Paris Climate Agreement.

National Leaders Sign a Much-Needed Pledge for Birds and Nature

At the United Nations Biodiversity Summit, seventy-five world leaders dedicated their countries to a new higher level of support for nature conservation.

As President Trump’s first term nears its end, major land-use decisions are coming due, with massive stakes for the environment.