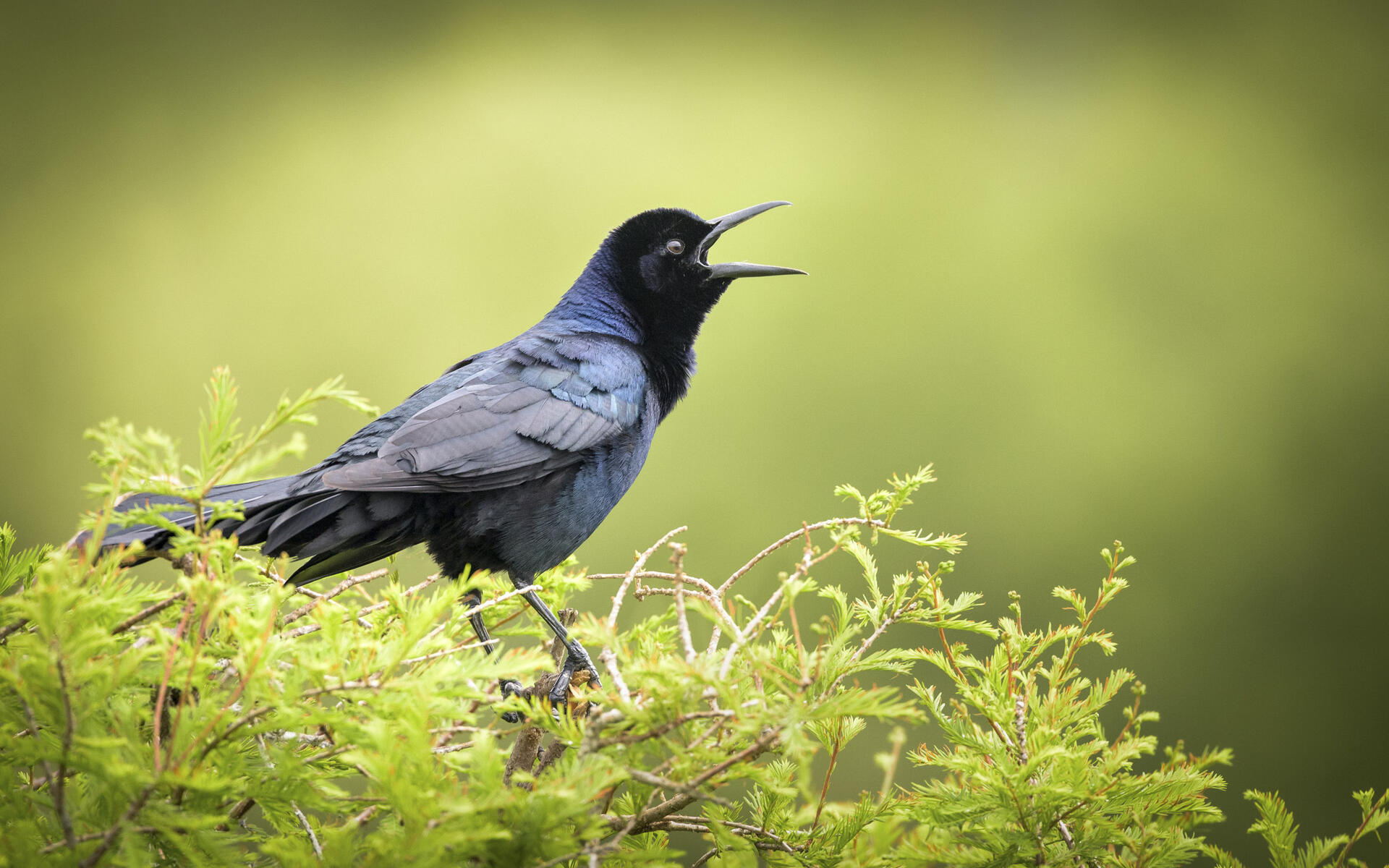 Forages mostly near water, by walking on shore or in shallow water, catching items with rapid thrusts of its bill. Sometimes steals food from larger birds. Will enter heron colonies to feed on unguarded eggs.

Usually 2-4. Pale greenish blue, irregularly marked with brown, gray, and black. Incubation is by female only, about 13-15 days. Young: Fed by female only. Young leave the nest about 12-15 days after hatching.

Fed by female only. Young leave the nest about 12-15 days after hatching.

Omnivorous. Much of diet is taken from water, including many aquatic insects, snails, crayfish, crabs, mussels, shrimp, tadpoles, frogs, and small fish. Also eats land insects (including grasshoppers and caterpillars), eggs and young of other birds. Seeds and grain important in diet at some seasons.

Nests in colonies. In courtship and territorial display, male perches in the open, fluffs out feathers, spreads tail, and rapidly flutters wings above back while making a variety of harsh and rattling calls. Also postures with bill pointed straight up, especially when threatening another bird. Several males may display together. Both males and females often promiscuous. Nest site is usually near water: in cattails, sawgrass, or bulrushes, in bushes or saplings at edge of marsh, or in taller trees. Generally less than 12' above ground or water, but can be much higher. Nest (built by female) is large, bulky cup of twigs, grass, weeds, bulrushes, Spanish moss, or other available materials, often with mud added to base; lined with fine grass.

Generally a permanent resident, but a few northern breeders may move south in fall.

Generally a permanent resident, but a few northern breeders may move south in fall. 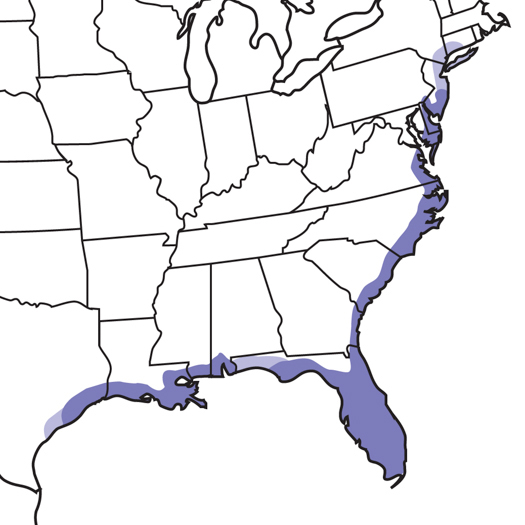