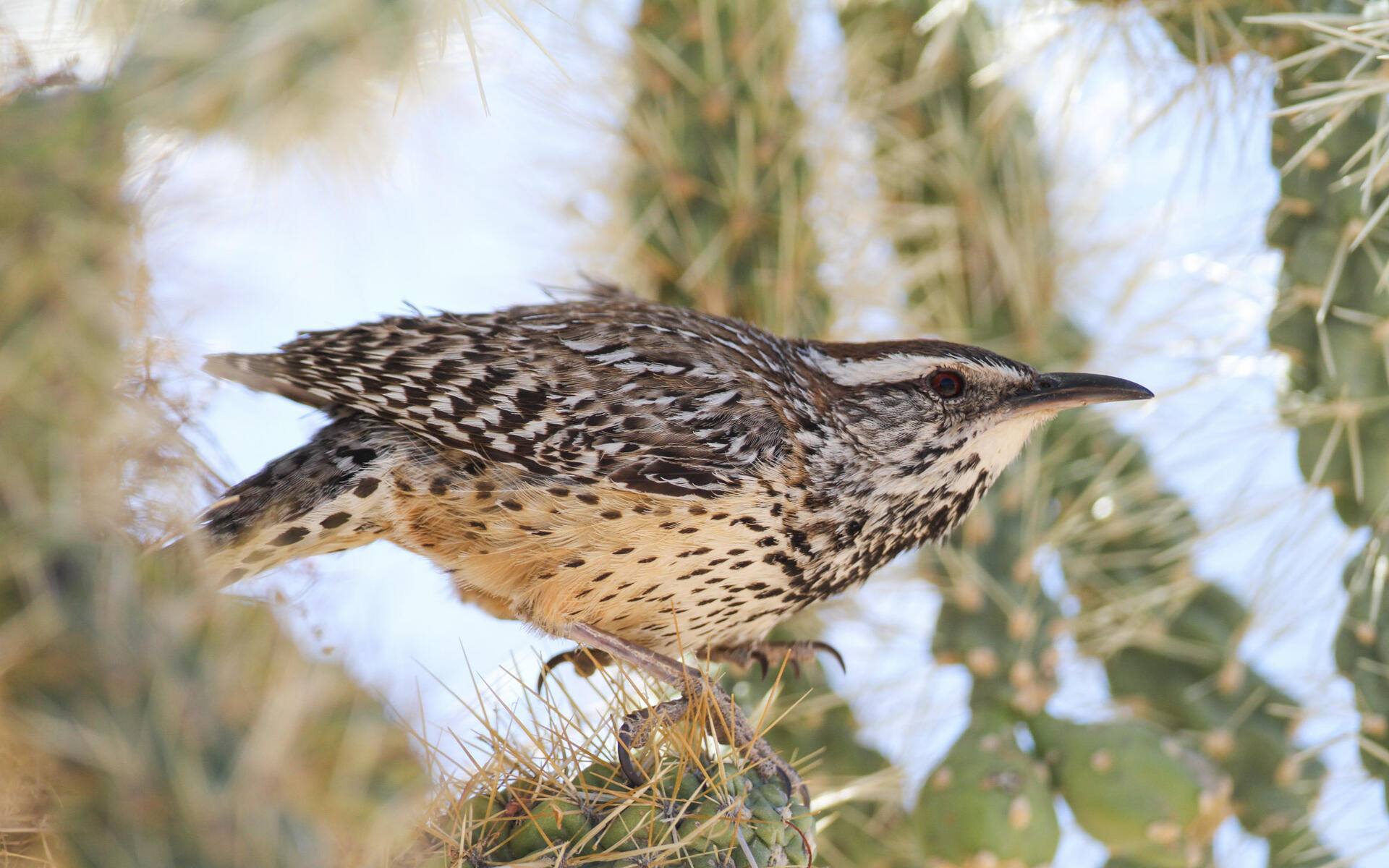 Forages on the ground and in low trees, probing in bark crevices and among leaf litter on ground. Often forages in pairs or family groups. On the ground, often inserts bill under a leaf or small rock and lifts up to look for food underneath. Adaptable and curious, will explore possible new sources of food, learning to probe in cones of planted pines and to pick smashed insects from the front ends of parked cars.

3-4, sometimes 2-5. Whitish to pale pink, heavily spotted with brown. Incubation is by female only, about 16 days. Young: Both parents feed nestlings. Young leave nest about 19-23 days after hatching, may remain on parents' territory for some time thereafter.

Both parents feed nestlings. Young leave nest about 19-23 days after hatching, may remain on parents' territory for some time thereafter.

Mostly insects, some fruits and seeds. Feeds on a wide variety of insects, including beetles, ants, wasps, true bugs, grasshoppers, and many others. Also eats a few spiders, and occasionally small lizards. Eats more plant material than other wrens (up to 20%), including berries, cactus fruits, seeds, some nectar.

May mate for life, pairs remaining together all year on permanent territory. Members of pair have greeting display, perching upright with wings and tail partly spread, giving harsh calls. Male may build extra "dummy" nests while female is incubating. Adults sometimes puncture eggs of other birds nesting nearby. Nest site is in cactus (especially cholla), tree yucca, or thorny low tree such as mesquite, acacia, or paloverde; usually less than 10' above the ground, rarely up to 30'. Sometimes nests in hole in building or in large cavity in giant cactus. Nest (built by both sexes) is a bulky mass of weeds, grass, twigs, lined with feathers, animal hair, plant down. Nest is shaped like football lying on its side; entrance at one end, with narrow tubular passage leading to nest chamber. 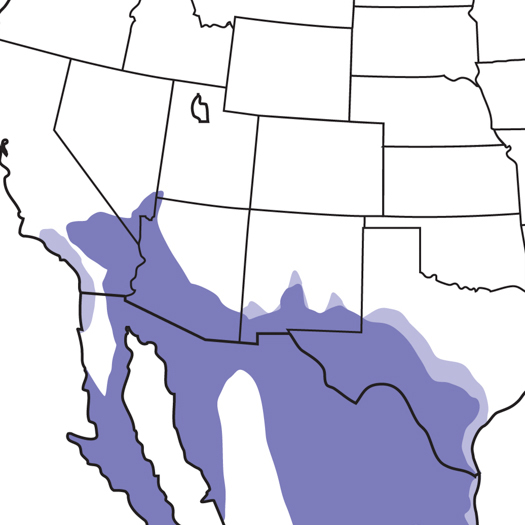 How Climate Change Will Reshape the Range of the Cactus Wren 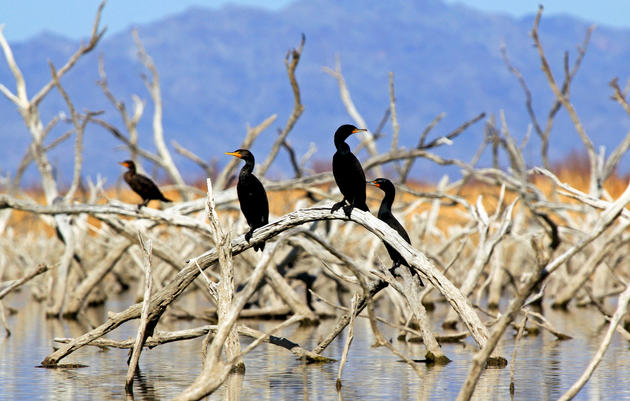 Arizona Legislature Wraps up with Wins for Birds, Water, and Public Lands 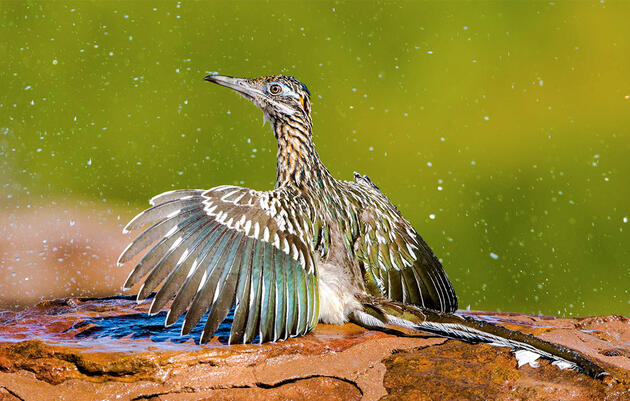 Mayor Williams Declares 2018 the Year of the Bird in Phoenix

Phoenix, named for a mythical bird, is home to hundreds of real bird species 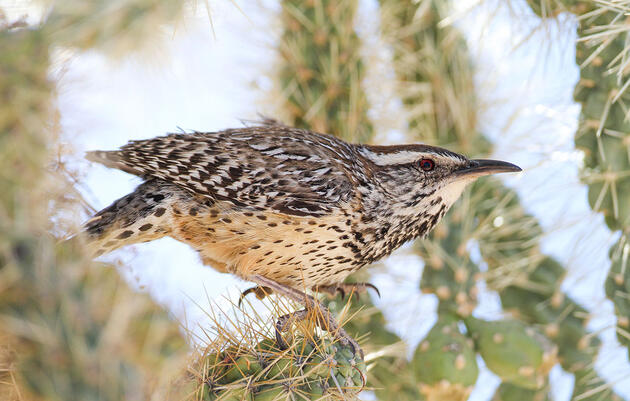 Year of the Bird makes its way to Arizona

Proclamation cites Arizona’s many habitats for breeding and migratory birds.