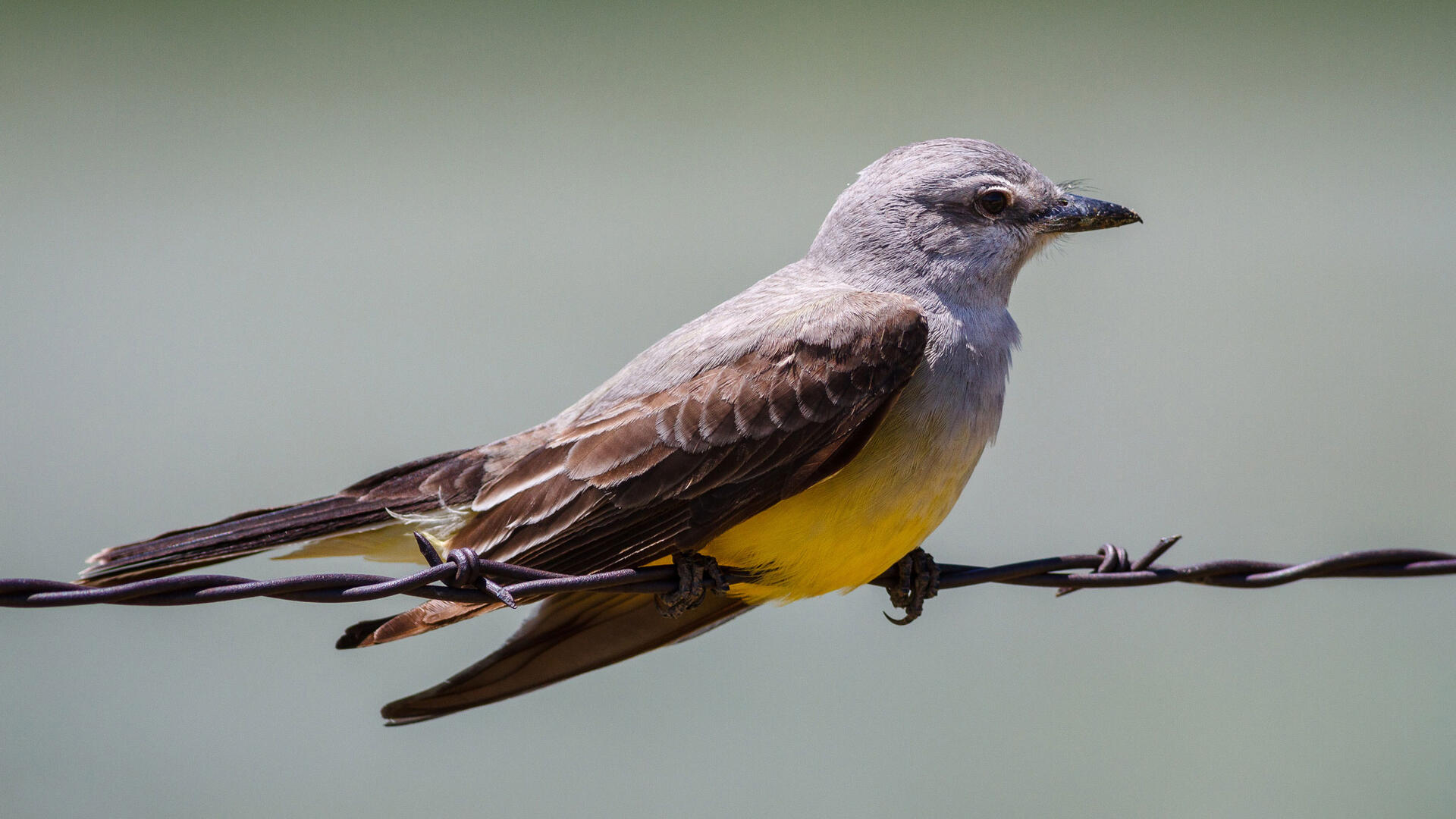 From a perch in a tree or on an exposed wire, flies out to capture flying insects in mid-air. May also fly out and hover while picking insects or other arthropods from leaves or from the ground.

3-4, up to 5. Creamy white with brownish mottling, markings often concentrated near large end. Incubation is by female, about 18 days. Young: Both parents feed nestlings. Young leave the nest after 14-17 days. Usually 1 brood per year, may raise 2 in southern part of range.

Both parents feed nestlings. Young leave the nest after 14-17 days. Usually 1 brood per year, may raise 2 in southern part of range.

Mostly insects, some berries. Feeds on a wide variety of insects, including wasps, beetles, caterpillars, moths, grasshoppers, true bugs, flies, and many others, as well as some spiders. Also eats some berries and fruits, more than most flycatchers.

Male has a fast zigzag courtship flight. Members of pair may perch together in nest tree, calling and quivering wings. Adults actively harass larger birds (such as ravens and hawks) in vicinity of nest, but may tolerate other species of kingbirds nearby. Nest site is in a large tree such as sycamore, cottonwood, oak, or pine, placed on a horizontal or near-horizontal branch, often well out from the trunk. Usually 20-50' above the ground but occasionally lower and sometimes much higher. Nest is a bulky cup of twigs, weed stems, rootlets, leaves, feathers, hair, and debris, lined with finer plant fibers and other material. 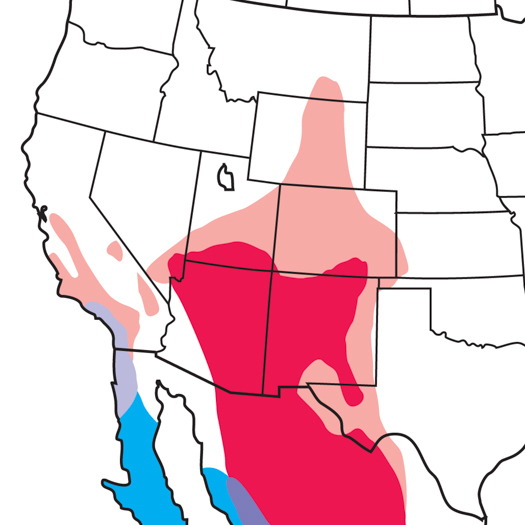 How Climate Change Will Reshape the Range of the Cassin's Kingbird

Decades of data show that climate change is manipulating the way species move across continents.