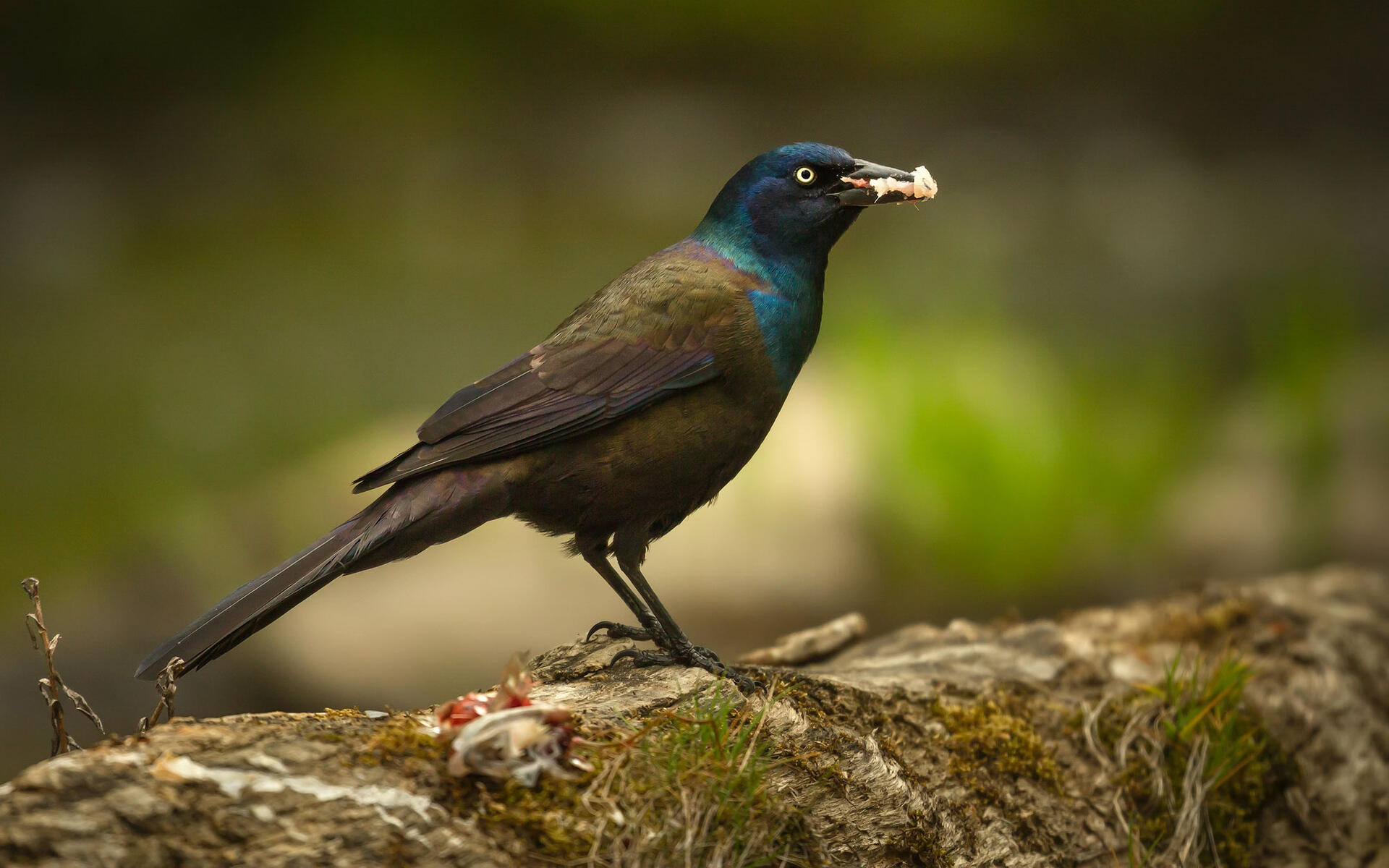 Forages mostly by walking on ground or wading in very shallow water; also up in trees and shrubs. When not nesting, usually forages in flocks. Sometimes steals food from Robins or other birds. Has been seen killing an adult House Sparrow. Will come to feeders for various items. When eating dry bread crumbs, may soak them in water first.

4-5, sometimes 2-6. Pale blue, blotched with brown. Incubation is by female only, 12-14 days. Young: Both parents feed nestlings, bringing them mostly insects. Young leave the nest about 16-20 days after hatching. 1 brood per year, sometimes 2.

Both parents feed nestlings, bringing them mostly insects. Young leave the nest about 16-20 days after hatching. 1 brood per year, sometimes 2.

Omnivorous. Feeds on insects, including beetle grubs, grasshoppers, caterpillars, many others; also spiders, millipedes, earthworms, and such diverse items as crayfish, minnows, frogs, lizards, eggs and young of other birds, and small rodents. Vegetable matter also important in diet, may be majority in winter; includes berries, seeds, waste grain, acorns.

Typically nests in small colonies of 10-30 pairs, sometimes to 100 or more. In courtship, male fluffs out body feathers, partly spreads wings and tail, and gives short scraping song; also postures with bill pointing straight up. Nest site is often well hidden among branches of dense tree or shrubs near water, less than 20' above ground; sometimes much higher, or very low in marsh growth. Unusual sites include hole in tree or hollow stump, in lower part of active Osprey nest, or inside old building. Nest (built by female) is bulky open cup of weeds, grass, twigs, usually with some mud added; inside lined with fine grass. 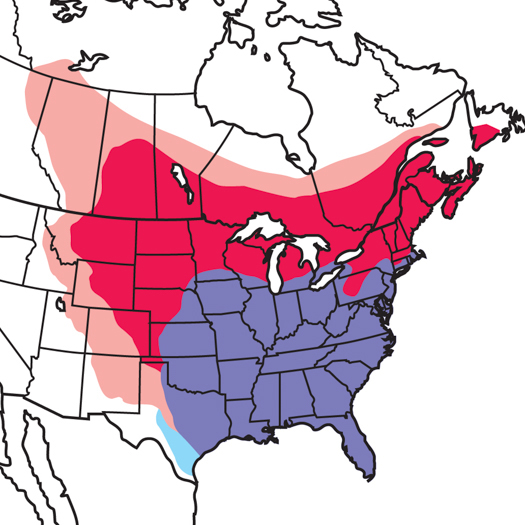 How Climate Change Will Reshape the Range of the Common Grackle 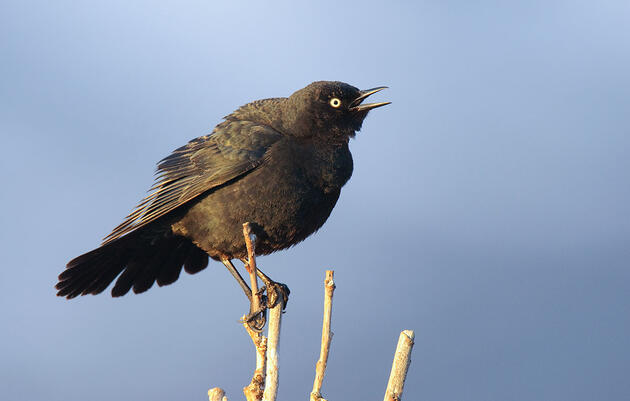 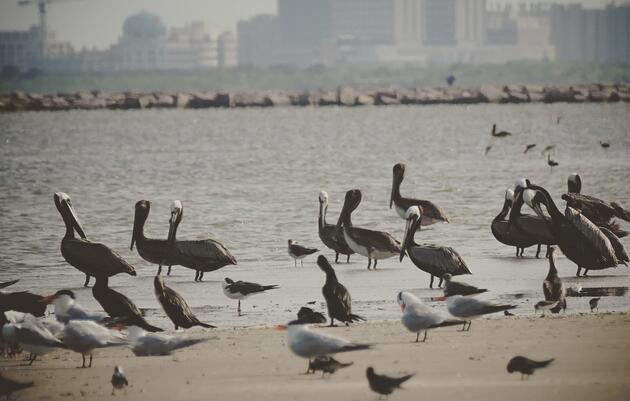 A Texas-sized day of birding.