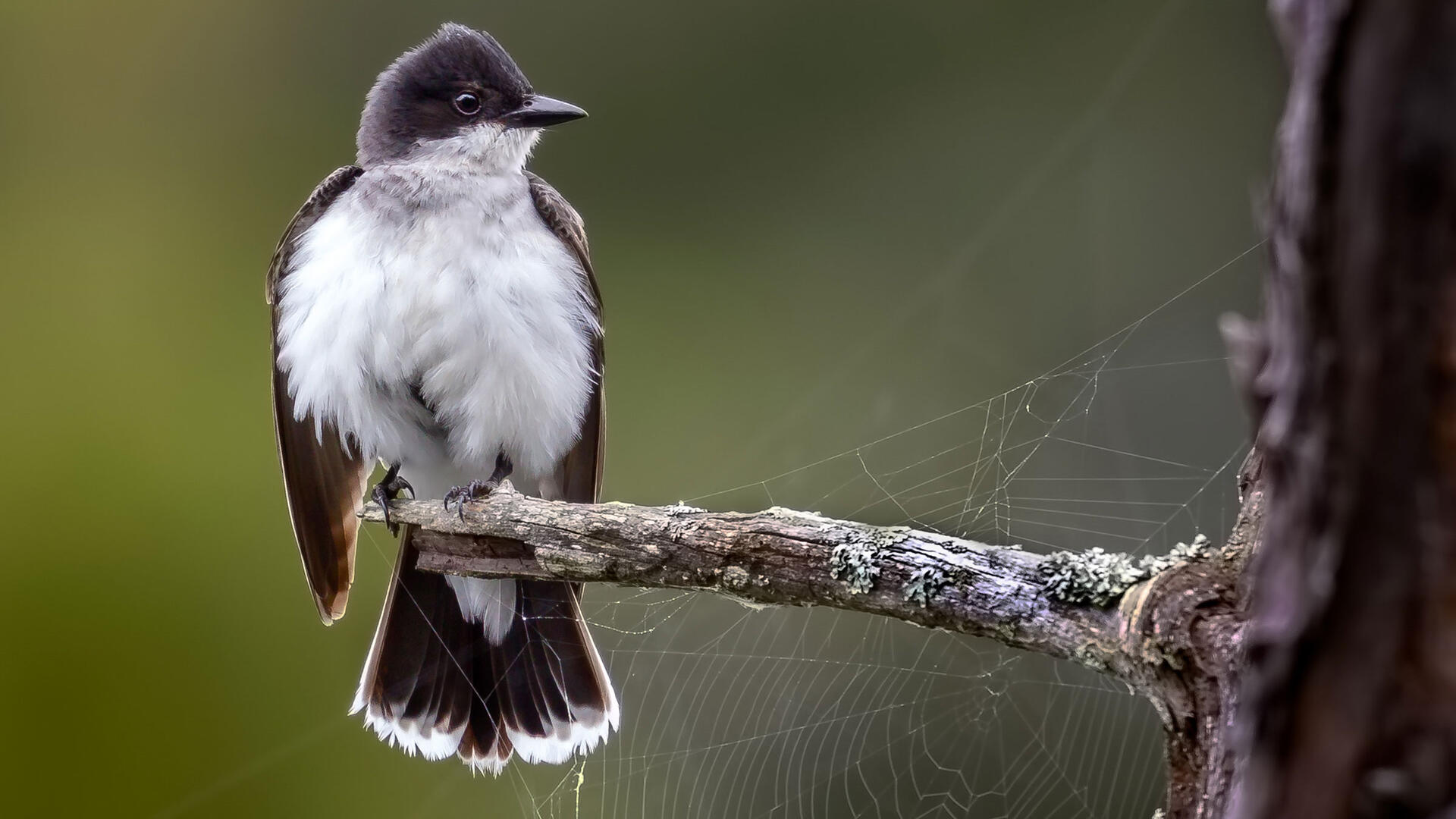 Forages by watching from a perch and then flying out to catch insects. May capture food in mid-air, or may hover while taking items (insects, berries) from foliage. In cold weather, when few insects are flying, may feed on ground.

3-4, sometimes 2-5. White to pinkish-white, heavily blotched with brown, lavender, and gray. Incubation is mostly or entirely by female, 16-18 days (perhaps sometimes shorter). Young: Both parents bring food for nestlings. Age of young at first flight about 16-18 days; young may be tended by parents for more than a month after fledging.

Both parents bring food for nestlings. Age of young at first flight about 16-18 days; young may be tended by parents for more than a month after fledging.

Mostly insects, some fruit. Insects make up majority of summer diet; included are many beetles, wasps, bees, winged ants, grasshoppers, flies, leafhoppers, and others. Sometimes claimed to be a serious predator on honeybees, but there is little evidence for this. Also eats many berries and wild fruits. Winter diet not well known, but feeds heavily on berries in tropical forest.

In courtship, the male displays with rapid up-and-down flight, zigzags, backwards somersaults, and other aerial acrobatics. The red patch of crown feathers, usually concealed, may be visible during displays. Nest site is usually in deciduous tree or large shrub, 7-30' above the ground, sometimes lower or much higher. Sometimes on powerline towers, on dead snags standing in water, on top of fence post, or other odd site. Nest (built by female, perhaps with help from male) is a bulky cup of weed stalks, twigs, grass, lined with fine grass and sometimes animal hair. 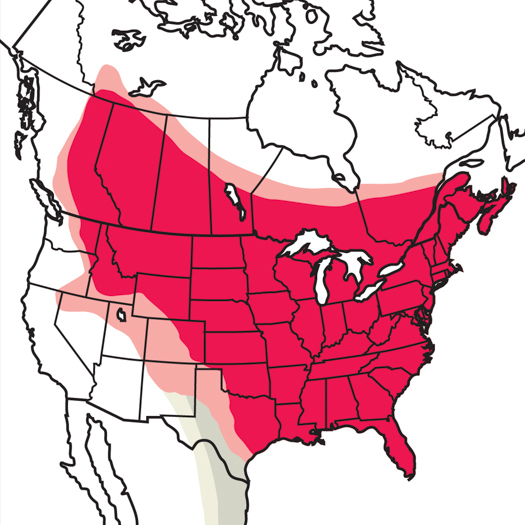 A sharp dzee or dzeet. Also a series of harsh, rapid calls: kit and kitter.

How Climate Change Will Reshape the Range of the Eastern Kingbird

How Birds Learn to Identify Threats