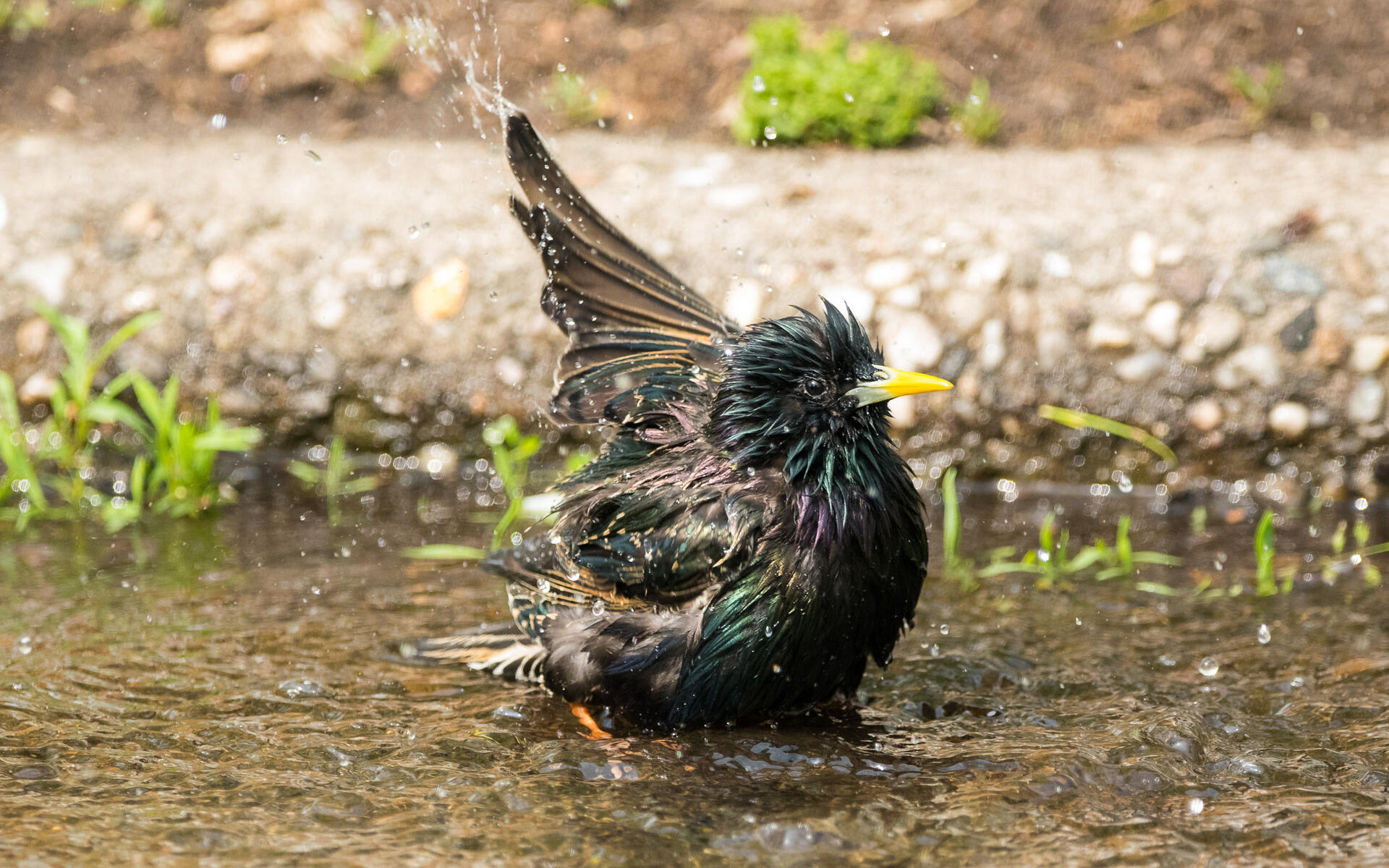 Forages mostly on the ground in open areas, often probing in soil with bill. Sometimes feeds on fruit up in trees, and sometimes catches flying insects in the air. Usually forages in flocks.

4-6, rarely 7. Greenish white to bluish white, unmarked. Incubation is by both parents (female does more), about 12 days. Starlings sometimes lay eggs in each other's nests. Young: Both parents feed nestlings. Young leave nest about 21 days after hatching. 2 broods per year.

Mostly insects, berries, and seeds. Diet is quite varied. Eats mostly insects when available, especially beetles, grasshoppers, flies, and caterpillars, also spiders, snails, earthworms, and other invertebrates. Especially in fall and winter, eats a wide variety of berries, fruits, and seeds. Sometimes visits flowers for nectar. Will come to bird feeders for a variety of items.

Male establishes territory and chooses nest site, singing to attract a mate. When a female arrives, male perches next to nest site and sings, often waving his wings. Male sometimes has more than one mate. Nest site is in any kind of cavity; usually in natural hollow or woodpecker hole in tree, in birdhouse, or (in southwest) in hole in giant cactus. Sometimes in holes or crevices in buildings or other odd spots. Nest construction begun by male, often completed by female (who may throw out some of male's nest material). Nest is a loose mass of twigs, weeds, grass, leaves, trash, feathers, with slight depression for eggs.

Southern birds may be permanent residents, while many (but not all) northern birds move south in fall. Migrates mostly by day.

Southern birds may be permanent residents, while many (but not all) northern birds move south in fall. Migrates mostly by day. 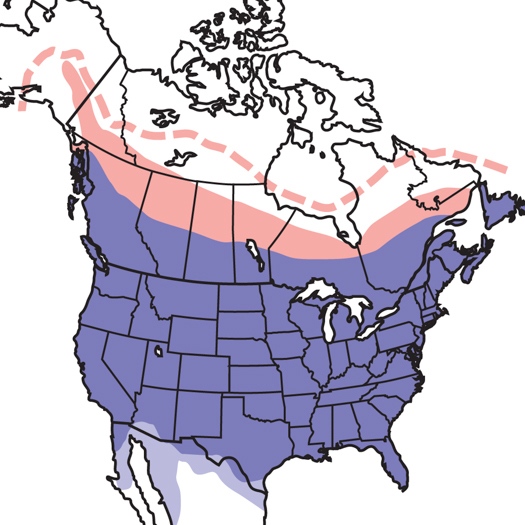 How Climate Change Will Reshape the Range of the European Starling

The Remarkable Life of Roxie Laybourne

From deep within the Smithsonian, the world’s first forensic ornithologist cracked cases, busted criminals, and changed the course of aviation—making the skies safer for us all.

At a Time of Standstill, Remembering the Significance of Life on the Move

With fall migration well underway, birders can appreciate the ecological and societal importance of global mobility during a difficult year.