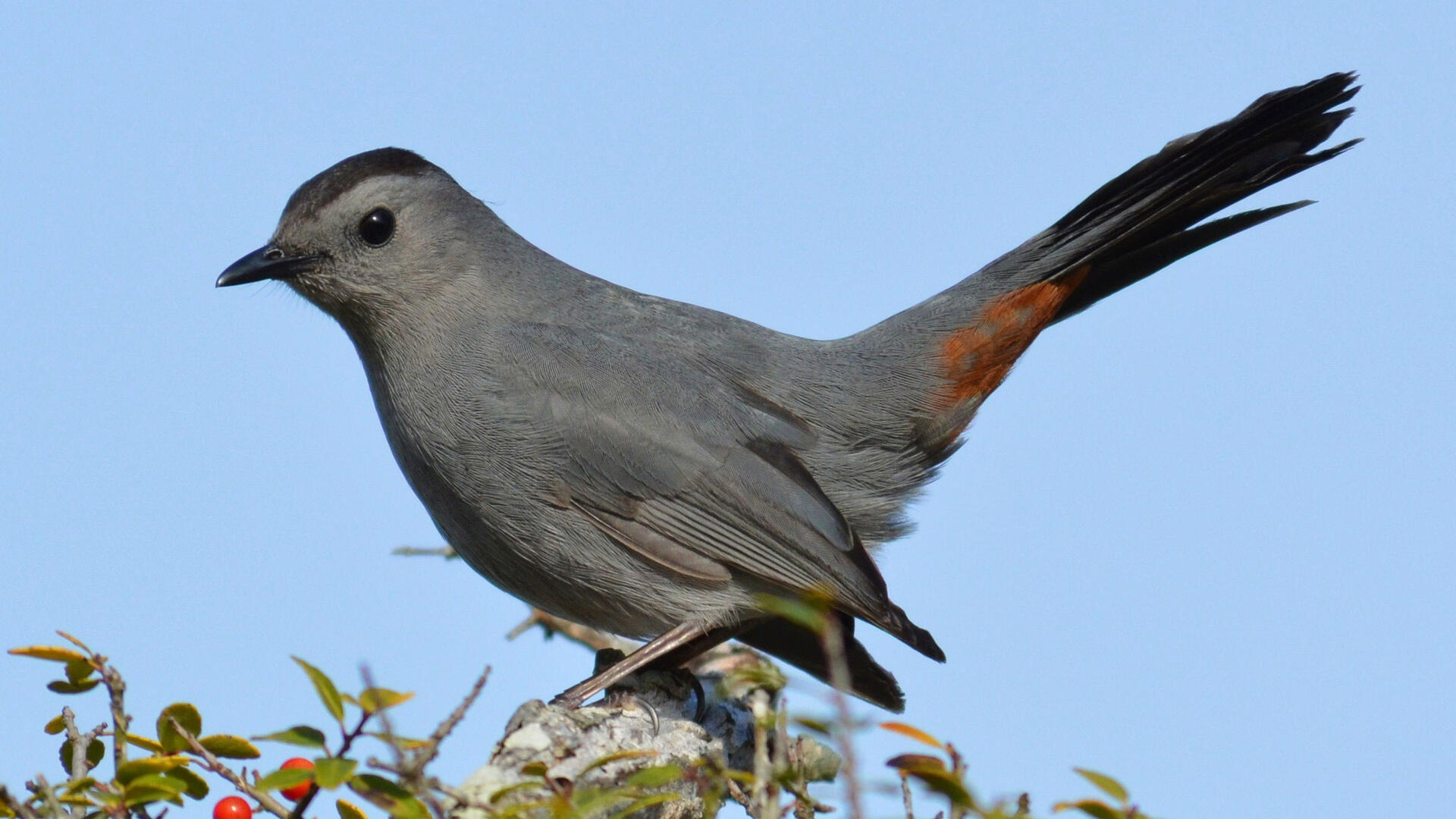 Does much foraging on ground, flipping leaves aside with bill as it seeks insects. Feeds on berries up in shrubs and trees.

4, sometimes 3-5, rarely 2-6. Greenish blue, rarely with some red spots. Incubation is by female only, about 12-13 days. Young: Both parents feed the nestlings. Young leave the nest about 10-11 days after hatching. 2 broods per year.

Both parents feed the nestlings. Young leave the nest about 10-11 days after hatching. 2 broods per year.

Mostly insects and berries. Especially in early summer, eats many beetles, ants, caterpillars, grasshoppers, crickets, true bugs, and other insects, as well as spiders and millipedes. Nestlings are fed almost entirely on insects. More than half the annual diet of adults may be vegetable matter, especially in fall and winter, when they eat many kinds of wild berries and some cultivated fruit. Rarely catches small fish. At feeders, will eat a bizarre assortment of items including doughnuts, cheese, boiled potato, and corn flakes.

Early in breeding season, male sings constantly in morning and evening, sometimes at night. Courtship may involve male chasing female, posturing and bowing with wings drooped and tail raised; male may face away from female to show off patch of chestnut under tail. When Brown-headed Cowbirds lay eggs in nests of this species, the cowbird eggs are usually punctured and ejected by the adult Catbirds. Nest: Placed in dense shrubs, thickets, briar tangles, or low trees, usually 3-10' above the ground. Nest (built mostly by female) is a large bulky cup of twigs, weeds, grass, leaves, and sometimes pieces of trash, lined with rootlets and other fine materials. 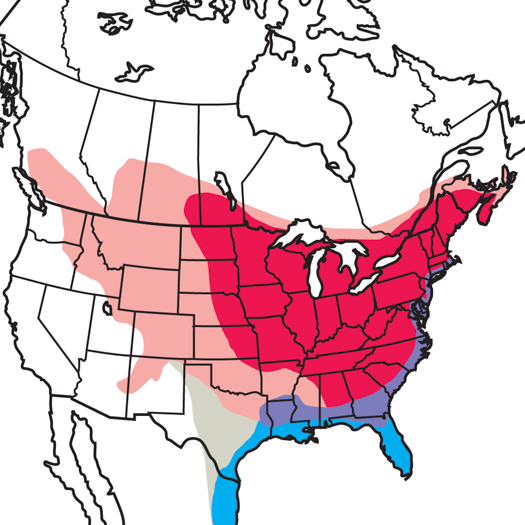 A long, irregular succession of musical and mechanical notes and phrases; a cat-like mewing. Sometimes seems to mimic other birds.

How Climate Change Will Reshape the Range of the Gray Catbird 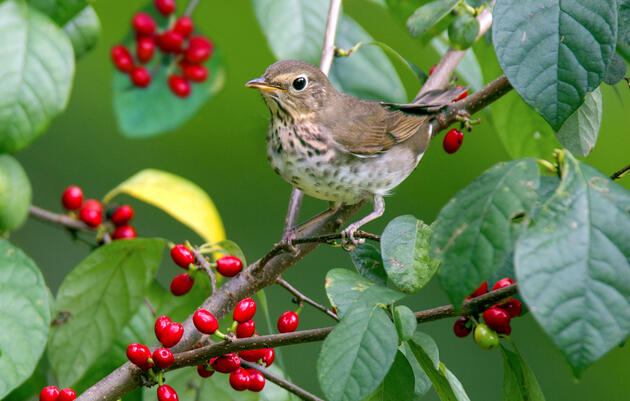 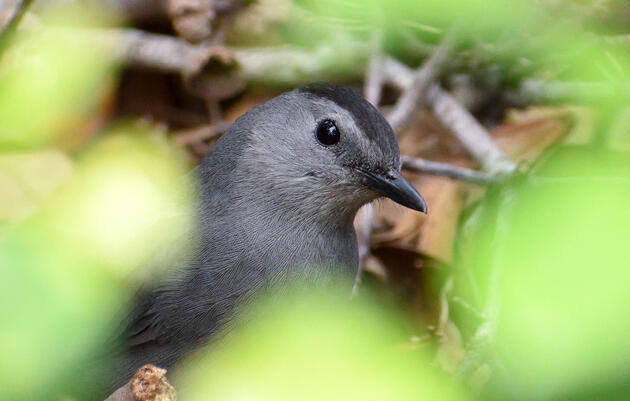 Five Antidotes to Beat the Birding Blues Between Migrations

Birders need to fill the downtime from spring to fall somehow—and they don't always have to use binoculars. 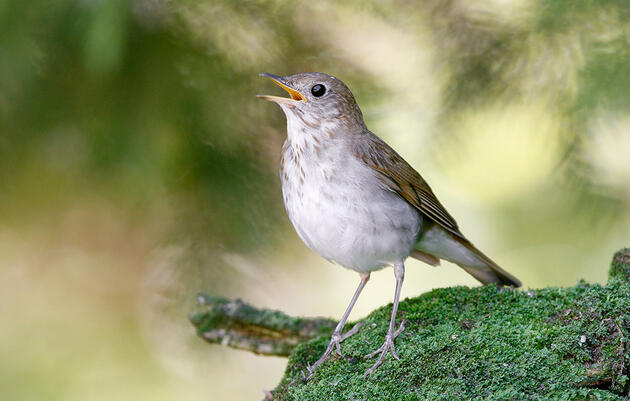 Which Birds Sing All Summer Long?

From goldfinches to thrushes, the outdoors aren't as quiet as they seem.