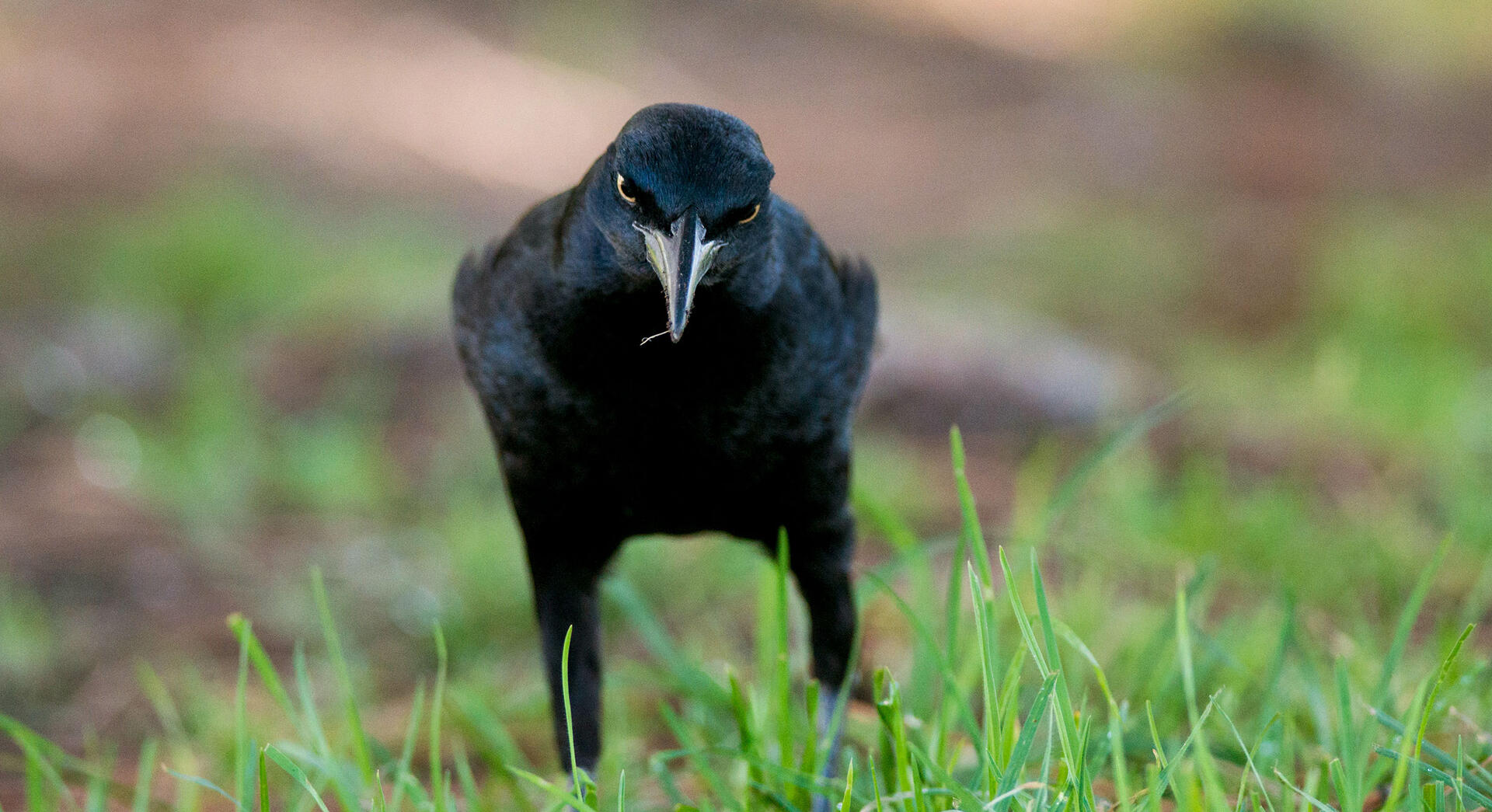 Forages mostly on the ground, or by wading in very shallow water. Also forages in trees and shrubs, especially searching for nests to rob. Generally feeds in flocks.

3-4, sometimes 5. Pale greenish blue, irregularly marked with brown, gray, and black. Incubation is by female only, about 13-14 days. Young: Fed by female only. Young leave the nest about 3 weeks after hatching.

Fed by female only. Young leave the nest about 3 weeks after hatching.

Nests in colonies, from a few pairs to hundreds at times. In courtship and territorial display, male perches in the open, fluffs out feathers, partly spreads wings and tail, rapidly flutters wings while making harsh calls. Also postures with bill pointed straight up, mainly as a threat display to other birds. Both males and females may have more than one mate. Nest site varies; usually in dense vegetation near water, including dense shrubs or low trees, but also in marsh or in tall trees. Often 2-20' above ground or water, but can be as high as 50'. Nest (built by female) is a bulky open cup made of twigs, grass, weeds, cattails, rushes, whatever materials are readily available; lined with fine grass. Mud or manure often added to base of nest. Females may steal nest material from each other. 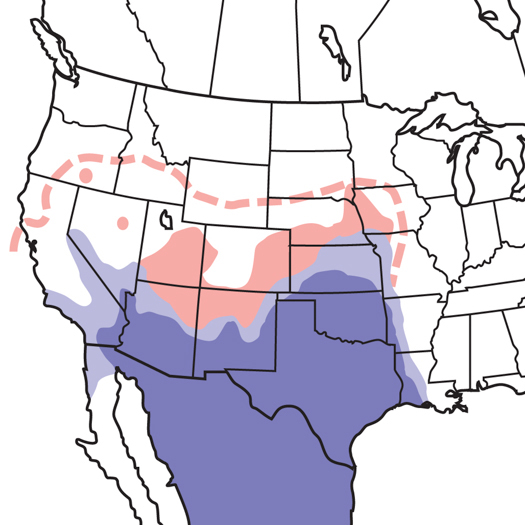 The Birds That Guard Brunch

Grackles going after your pancakes? Gulls want a fry? Some resorts and beaches have an answer: a raptor at your service.