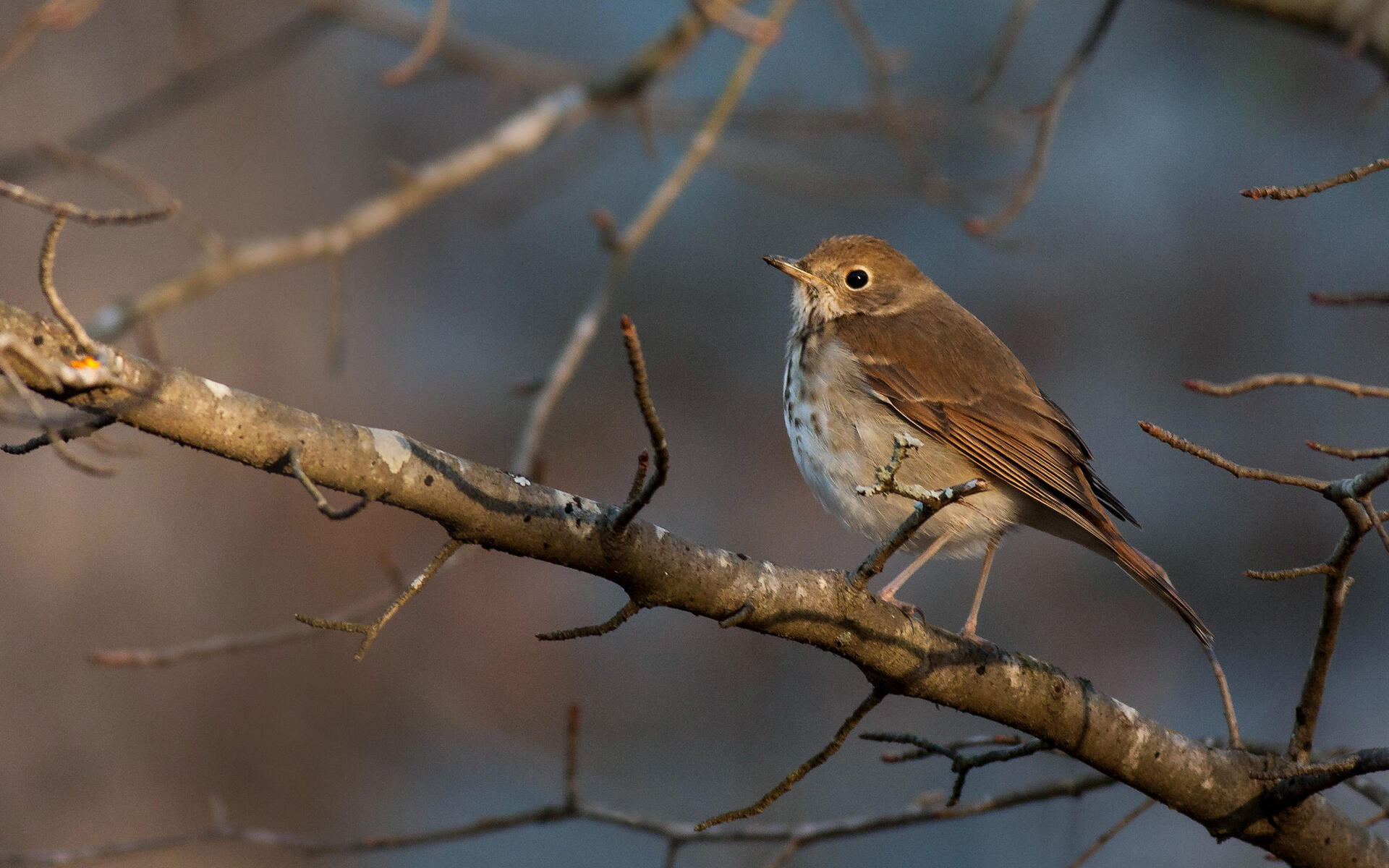 Does much foraging on ground, picking up insects from leaf-litter or soil; also feeds up in shrubs and trees, often hovering momentarily while grabbing an insect or berry.

4, sometimes 3-5, rarely 6. Pale blue or greenish blue, occasionally flecked with brown or black. Incubation is by female, about 12 days.

Both parents feed nestlings. Young are ready to fly at about 12 days. Usually 1-2 broods per year, perhaps sometimes 3 in south.

Male defends nesting territory by singing, especially in morning and evening. Nest site for nest varies with region. To the east and north, often on the ground, in a natural hollow on the side of a hummock and well hidden by overhanging branches or surrounding low vegetation. To the west, usually in a tree, especially a conifer, 3–12' above the ground. Nest (built by female alone) is a bulky, well made open cup of moss, weeds, twigs, bark strips, ferns, lined with softer materials such as pine needles, rootlets, and plant fibers. 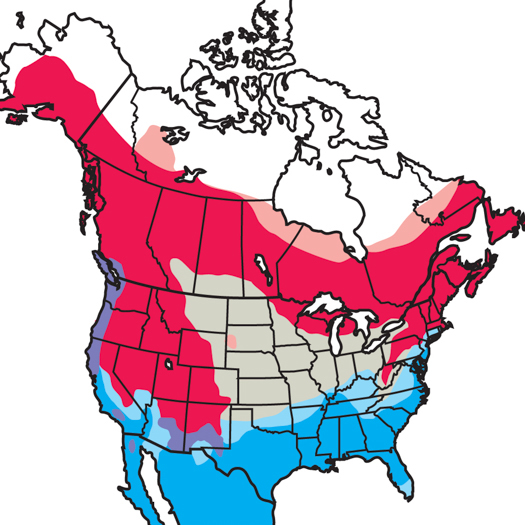 Series of clear, musical phrases, each on a different pitch, consisting of a piping introductory note and a reedy tremolo. Call note a low tuck.

How Climate Change Will Reshape the Range of the Hermit Thrush

What’s the Difference Between a ‘Borb’ and a ‘Floof’?

Now that we know what constitutes a birb, it's time to break down the internet's other two nicknames for birds.