Back to Bent of the River Audubon Center close 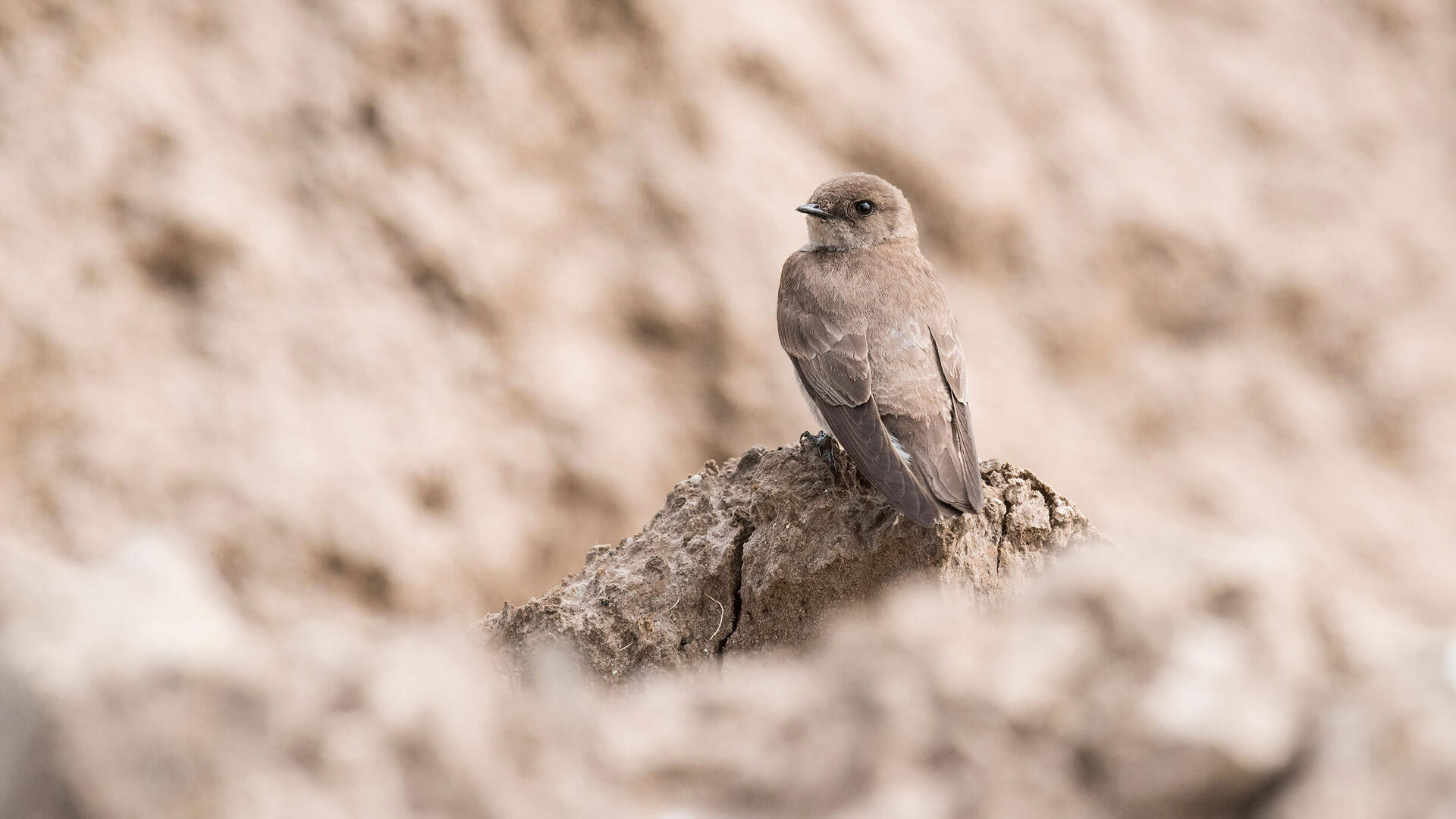 Forages mostly in the air, patrolling over rivers, ponds, and fields in swift flight. Usually forages low. Often solitary in foraging, but may join concentrations of other swallows at good feeding areas.

Solitary in nesting; unlike Bank Swallow, does not form colonies, although several pairs may nest in favorable site. In courtship, male flies after female, spreading the white feathers under the base of his tail so that they are prominently displayed. Nest site is usually in burrow in vertical dirt bank; may be bank along running stream, or road cut or similar bank miles from water. Birds may dig tunnel themselves, 1-6' long, or may use old burrow of Bank Swallow, kingfisher, or ground squirrel. Sometimes in other kinds of cavities, such as drainpipe, culvert, crevice in bridge support, hole in side of building. Bulky nest at end of burrow made of twigs, weeds, bark fibers, lined with finer grasses, occasionally with fresh horse manure added. 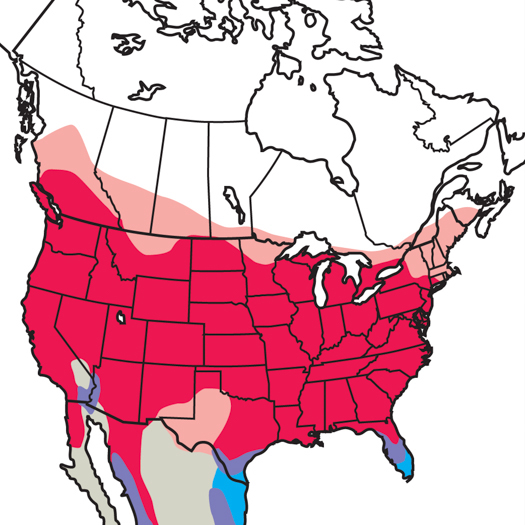 A low, unmusical br-r-ret, more drawn out than the call of the Bank Swallow and often doubled. 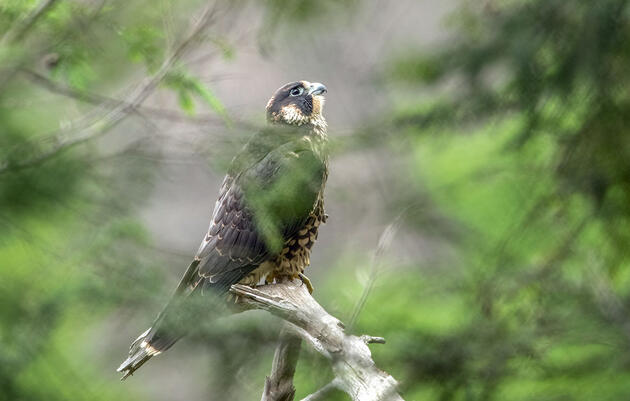 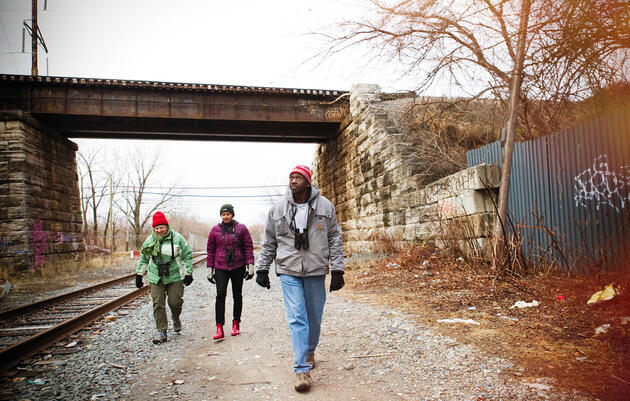 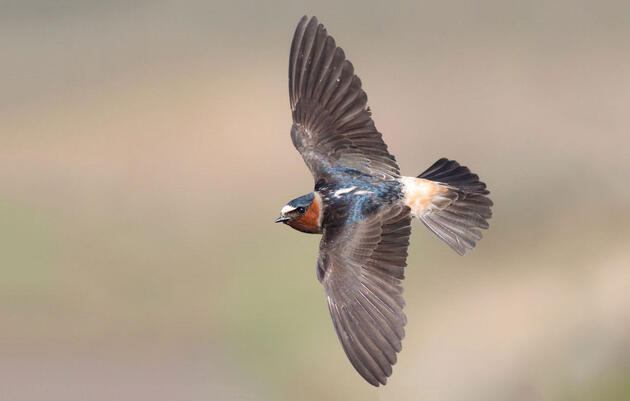 Is That a Swallow or a Swift?

Telling the two apart can be tough, but some clues lie in how they fly and where they sleep.