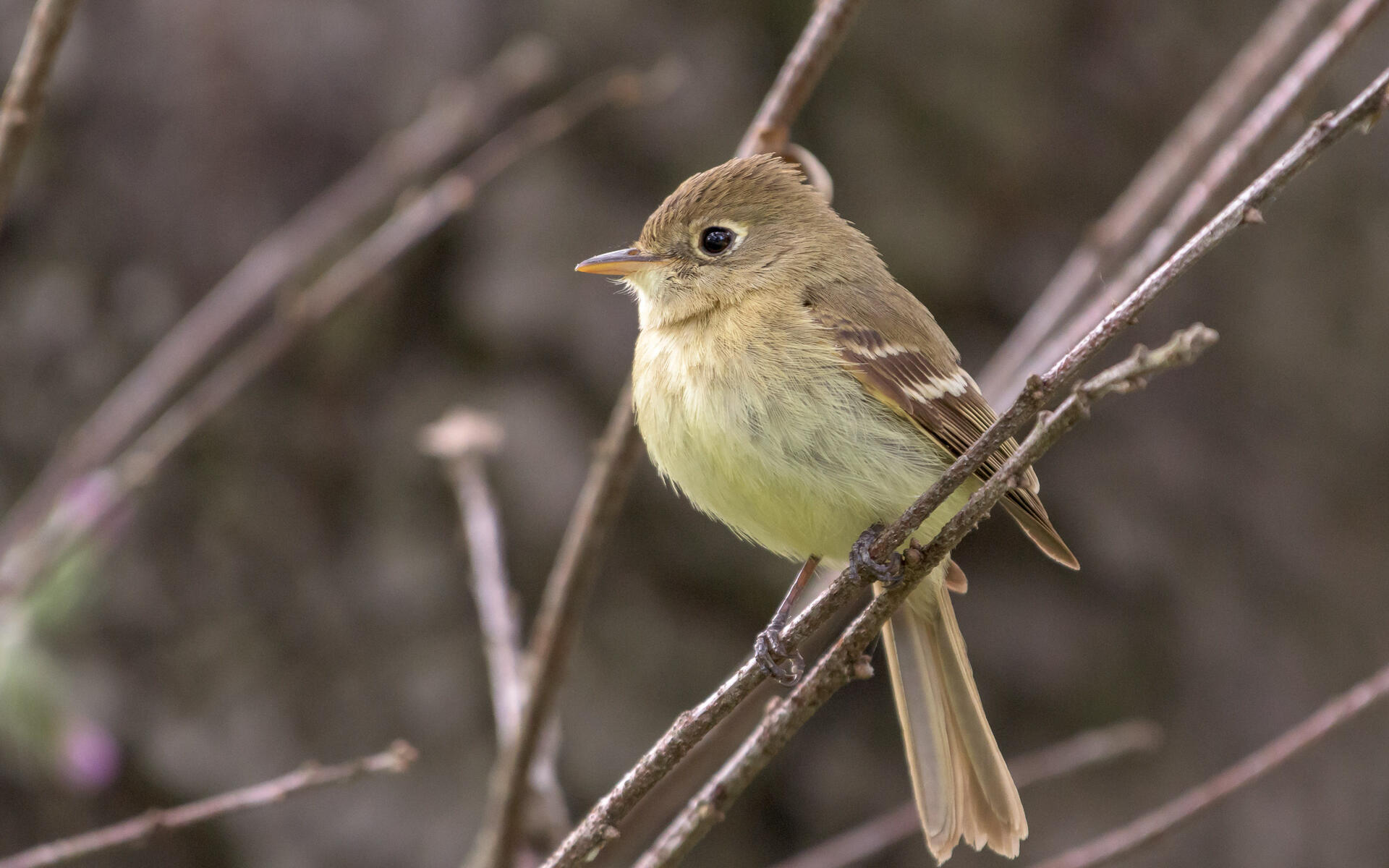 Forages by watching from a perch, at any level within shady parts of the forest, and then flying out to catch insects in the air. Also takes some food (such as caterpillars and spiders) from foliage or twigs while hovering.

3-4, rarely 5. Whitish, with brown blotches concentrated near larger end. Incubation is by female only, about 14-15 days. Young: Both parents bring food for nestlings. Age of young at first flight about 14-18 days.

Both parents bring food for nestlings. Age of young at first flight about 14-18 days.

Mostly insects. Differences in diet between this bird and Cordilleran Flycatcher poorly known. For the two species combined, diet is mostly insects, including small wasps, bees, flies, true bugs, caterpillars, moths, beetles, and others. Also eaten are spiders, and a few berries and seeds.

In the Pacific northwest, this species and Hammond's Flycatcher may defend territories against each other. Nest site is sometimes in the fork of a small tree, but usually in other situations: in a cleft of a vertical streambank, on a stump, among the upturned roots of a fallen tree, under a small bridge, or on rafters in a shed. Natural sites are usually near (or on) the ground, but on artificial structures the nest may be more than 10' up. Nest (built by female) is cup of moss, grass, rootlets, strips of bark, lichens, and leaves, lined with finer material such as plant fibers, hair, feathers. 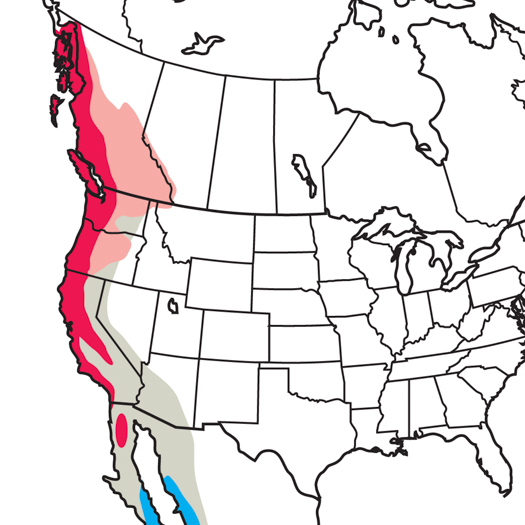 Quite distinct, rising pseet-ptsick-seet. First part alone is often used as a call, or is repeated on a drawn-out, almost sibilant high pitch. Second part is rapid and louder. Call note a sharp pit-peet.