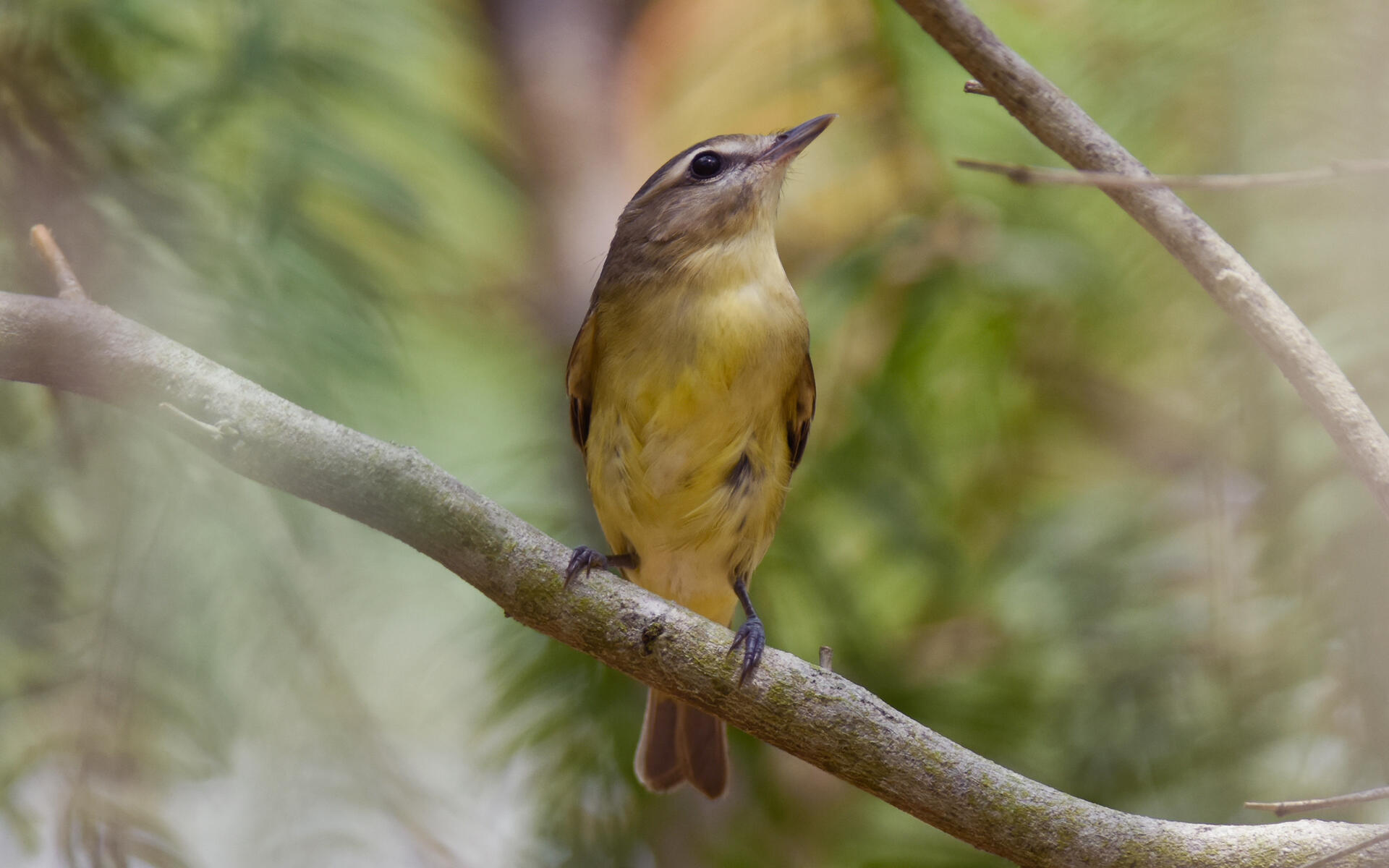 Forages mostly in deciduous trees and shrubs, moving about actively as it searches for insects. Often hovers to take items from foliage, or hangs upside down at the tips of twigs to take insects from underside. Sometimes flies out to catch insects in mid-air.

4, sometimes 3-5. White with brown or black spots near large end. Incubation is by both parents, about 14 days. Young: Nestlings are fed by both parents. The young leave the nest about 12-14 days after hatching.

Nestlings are fed by both parents. The young leave the nest about 12-14 days after hatching.

Mostly insects, some berries. Feeds mostly on insects, including caterpillars, moths, beetles, wasps, bees, ants, ichneumons, true bugs, and many others; also some spiders. Eats many berries in late summer and fall, including those of bayberry and dogwood.

Male sings to defend nesting territory. In courtship display, male faces female and sways from side to side, fluffing plumage and spreading tail; both members of pair vibrate wings rapidly. Nest site is 10-90' above the ground in deciduous tree such as aspen, willow, alder, or maple. Nest is a compact, basket-like cup, its rim woven onto a horizontal forked twig. Nest (built by both sexes) made of grass, strips of birch bark, lichen, weeds, spiderwebs, and cocoons, lined with pine needles, grass, and feathers.

Migrates mostly at night. In spring, most fly north across the Gulf of Mexico and then spread out as they continue northward. Along the Atlantic Coast, more likely to be seen in fall than in spring.

Migrates mostly at night. In spring, most fly north across the Gulf of Mexico and then spread out as they continue northward. Along the Atlantic Coast, more likely to be seen in fall than in spring. 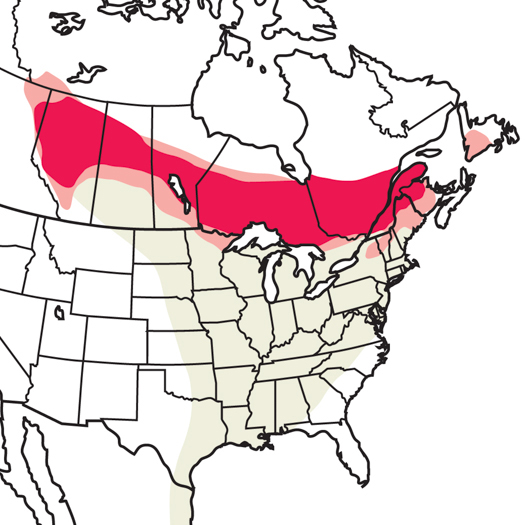 How Climate Change Will Reshape the Range of the Philadelphia Vireo

As Audubon's government affairs coordinator emerges as a leading voice for equity and inclusion, he reflects on the barometers of racial progress.

Knowing this species opens the door to a whole new world of birds.