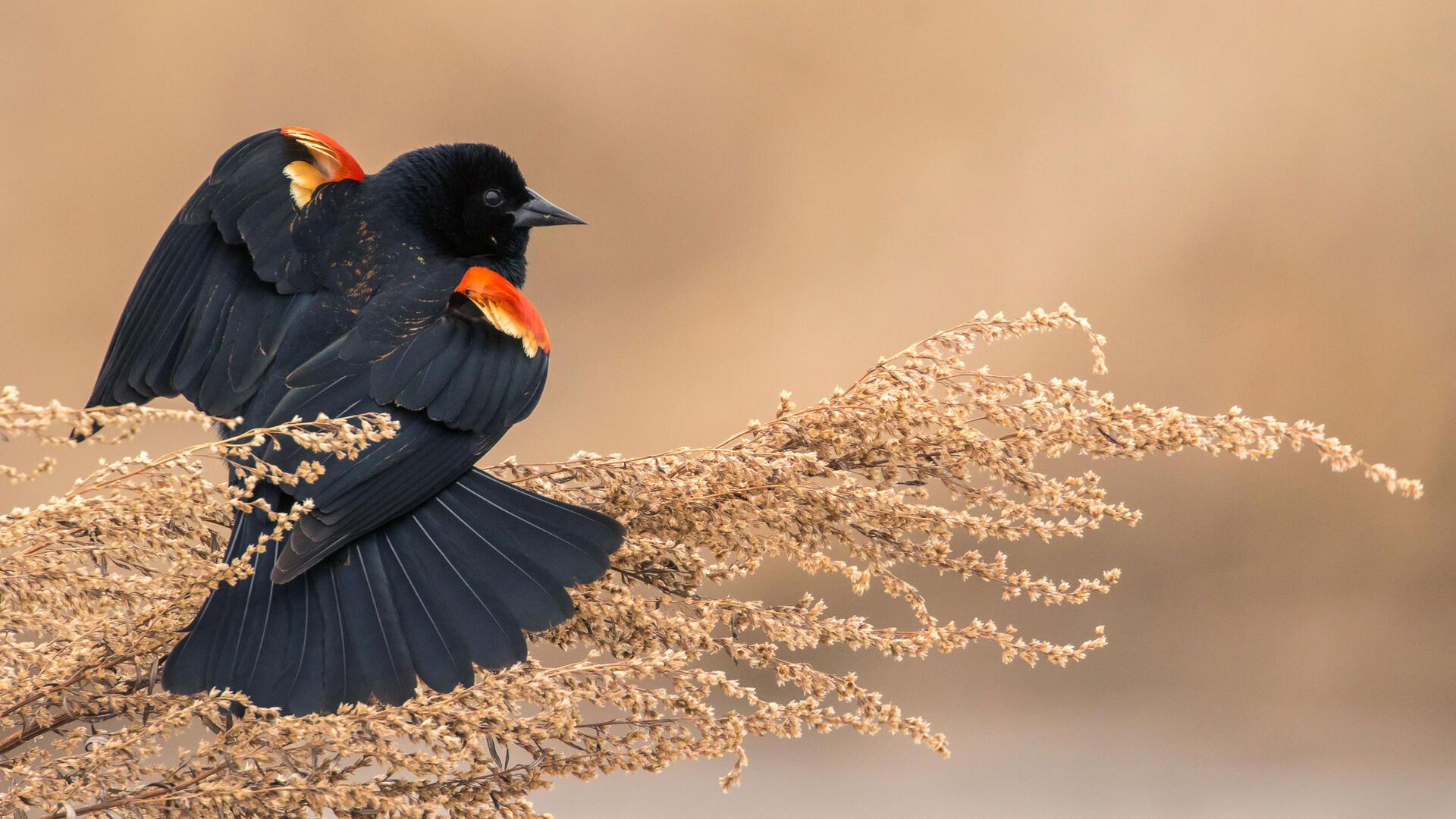 Forages mostly while walking on ground; also sometimes up in shrubs and trees. Outside the breeding season, usually forages in flocks, often associated with other blackbirds and starlings.

3-4, rarely 2-6. Pale blue-green, with markings of black, brown, purple concentrated at larger end. Incubation is by female only, 10-12 days. Young: Both parents feed nestlings (but female does more). Young leave nest about 11-14 days after hatching.

Both parents feed nestlings (but female does more). Young leave nest about 11-14 days after hatching.

Mostly insects and seeds. Feeds on many insects, especially in summer, including beetles, caterpillars, grasshoppers, and others; also spiders, millipedes, snails. Majority of adult's annual diet (roughly three-fourths) is seeds, including those of grasses, weeds, and waste grain. Also eats some berries and small fruits.

To defend his territory and attract a mate, male perches on high stalk with feathers fluffed out and tail partly spread, lifts leading edge of wing so that red shoulder patches are prominent, and sings. Also sings in slow, fluttering flight. One male often has more than one mate. Adults are very aggressive in nesting territory, attacking larger birds that approach, and loudly protesting human intruders. Nest: Placed in marsh growth such as cattails or bulrushes, in bushes or saplings close to water, or in dense grass in fields. Nest (built by female) is bulky open cup, lashed to standing vegetation, made of grass, reeds, leaves, rootlets, lined with fine grass. 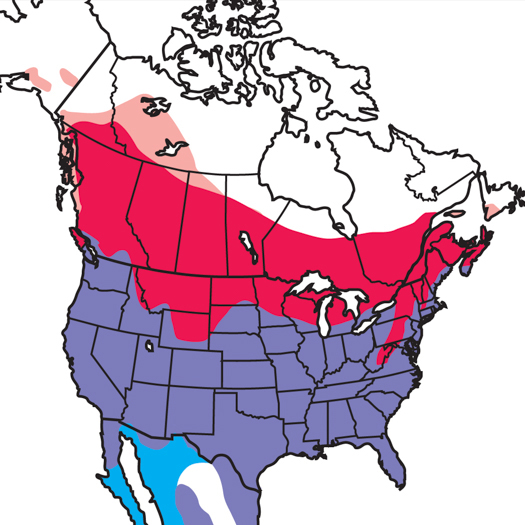 A pair of new studies show how birds improve our wellbeing, adding to a growing body of evidence that avians are an antidote to our despair.

Birding Without Barriers is part of a national movement to ensure that mobility impairment does not hinder people from enjoying nature.