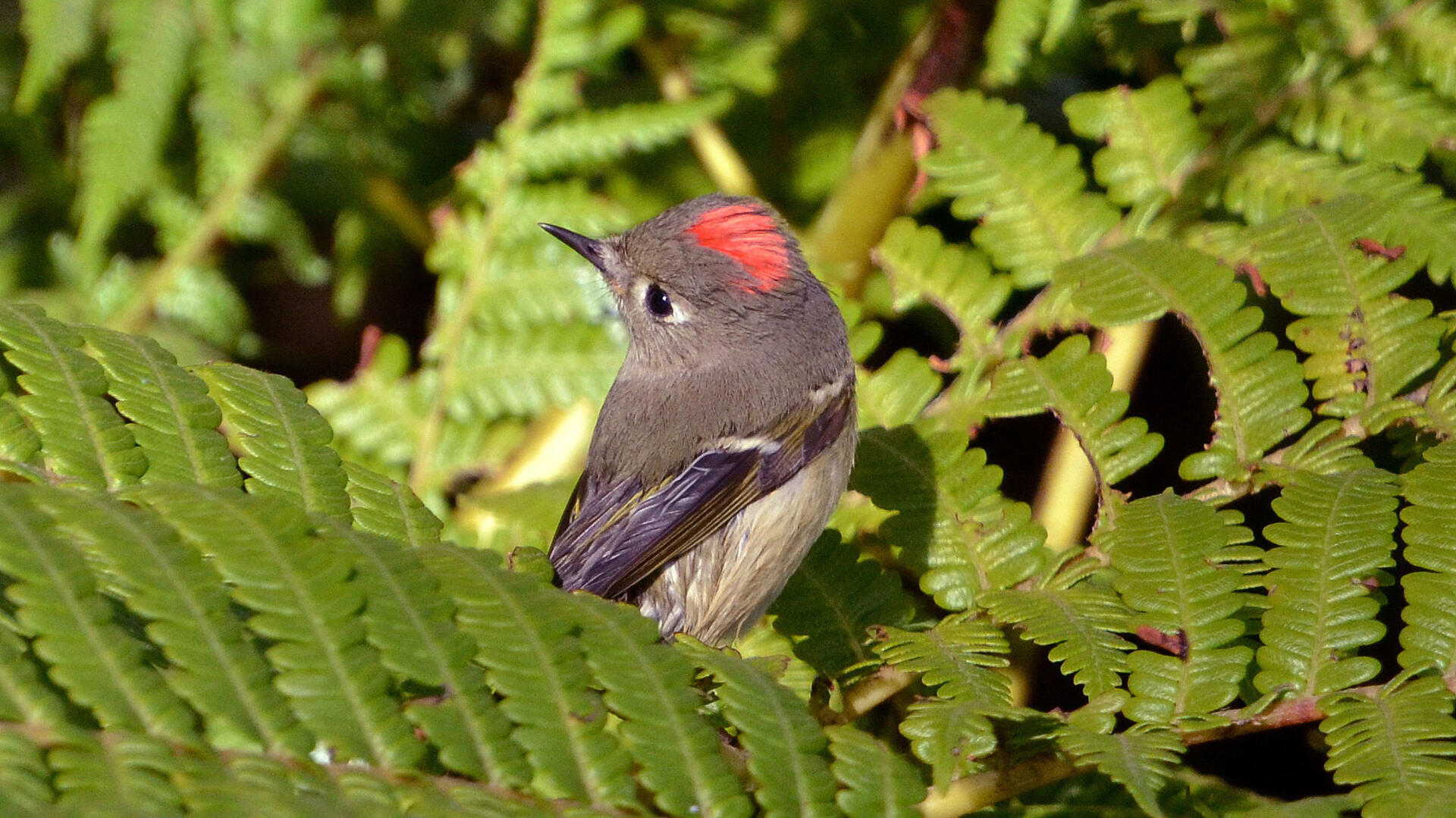 Forages actively at all levels, from treetops to low brush, examining foliage, twigs, and major limbs for foods. Often hovers while taking items from foliage, and sometimes flies out to catch insects in mid-air. Compared to Golden-crowned Kinglet, does more hovering and flycatching, less hanging on twigs.

7-8, sometimes 4-9. In Pacific Northwest, 9-10 eggs, sometimes 7-12, a remarkably large clutch for small size of bird. Eggs whitish to pale buff, with brown spots often concentrated at larger end. Incubation is by female only, about 13-14 days. Male may feed female during incubation. Young: Both parents feed nestlings. Young leave nest about 16 days after hatching. 1 brood per year.

Mostly insects. At all seasons, diet is primarily small insects, the birds concentrating on whatever is most readily available; includes many small beetles, flies, leafhoppers, true bugs, caterpillars, and many others. Also eats spiders and pseudoscorpions; diet includes eggs of insects and spiders. In winter, also eats some berries and seeds. Sometimes takes oozing sap or visits flowers, possibly for nectar.

In courtship, male may crouch horizontally, fluttering wings and raising red crown feathers while singing. Nest: Usually in spruce, sometimes in other conifer; nest averages about 40' above ground, can be up to 90', or very low in far northern forest where trees are short. Nest is attached to hanging twigs below a horizontal branch, well protected by foliage above. Female builds deep hanging cup of moss, lichens, bark strips, spiderwebs, twigs, rootlets, and conifer needles, lined with feathers, plant down, animal hair. 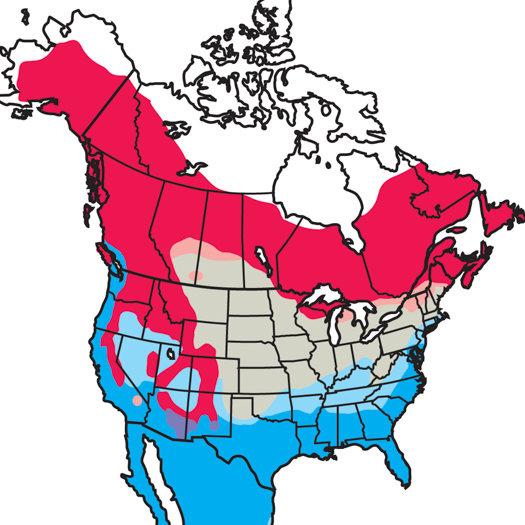