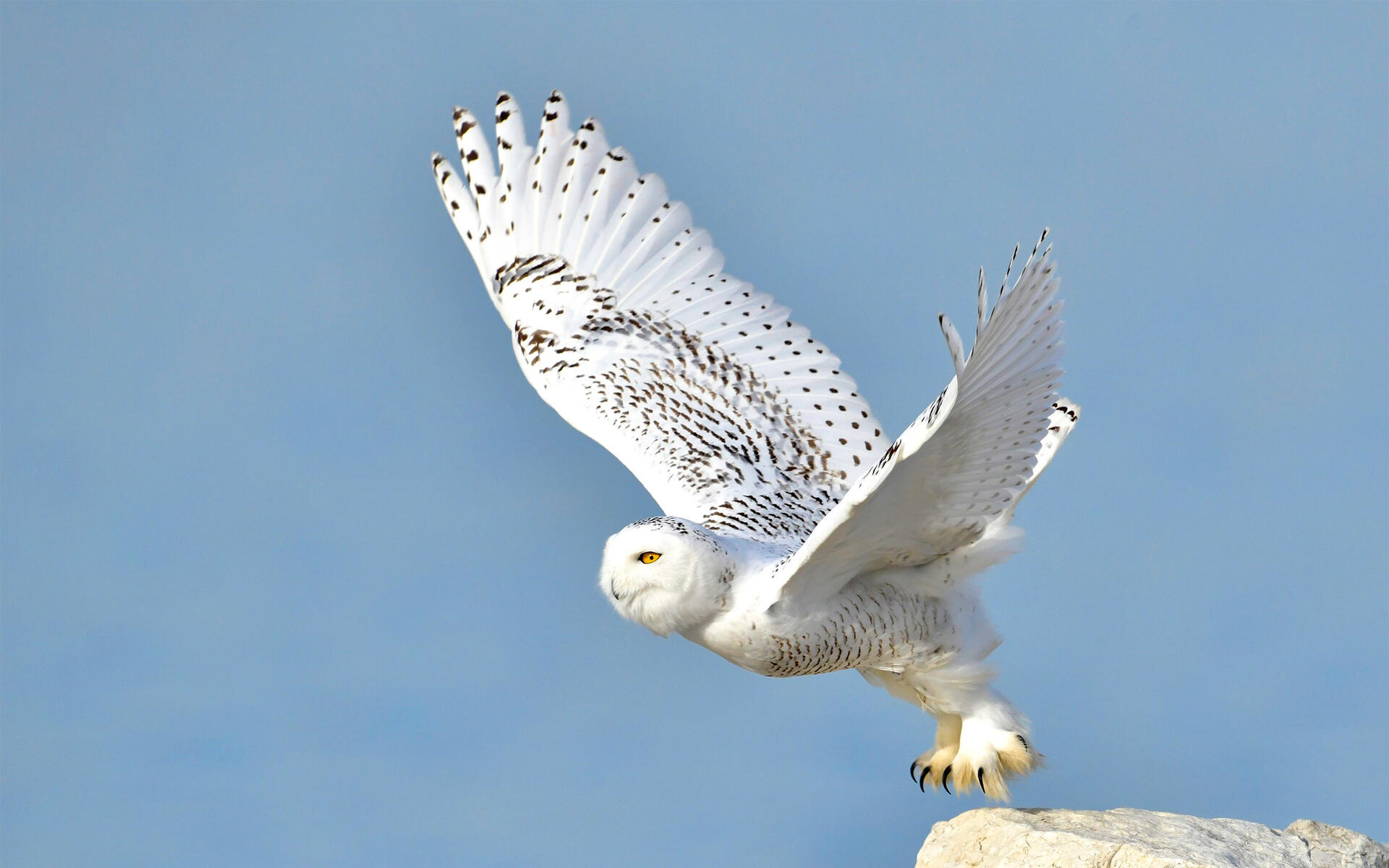 Often hunts by day. Usually hunts by watching for prey from a perch, then pursuing it in swift flight and catching prey in talons. Sometimes seeks prey by flying low, or by hovering and watching ground. May locate prey by sight or sound.

3-11. Clutch size quite variable, with more eggs laid in years when prey is abundant. Eggs whitish, becoming nest-stained. Incubation is by female only, 31-33 days; male brings food to incubating female. Eggs hatch at intervals, so that female will be caring for first young while still incubating last eggs. Young: Female remains with young; male brings food, female takes it and feeds them. Young may leave nest after 2-3 weeks, but not able to fly well until about 7 weeks; fed by parents up to at least 9-10 weeks.

Female remains with young; male brings food, female takes it and feeds them. Young may leave nest after 2-3 weeks, but not able to fly well until about 7 weeks; fed by parents up to at least 9-10 weeks.

Varied, includes lemmings, plus other mammals and birds. In Arctic, may feed almost exclusively on lemmings when these are available. Otherwise, feeds on wide variety of prey. Takes mammals including rabbits, hares, voles, ground squirrels. In coastal areas may feed heavily on birds, including ducks, geese, grebes, murrelets, and sometimes songbirds. Also may eat fish, carrion.

In many regions of Arctic, may breed mainly in years when lemmings are abundant, failing to nest at all when lemmings are scarce. Male owl defends territory with deep hooting in early spring. In courtship, male flies with deep, slow wingbeats, often carrying a lemming in his bill; landing near female, he leans forward, partly raising wings. Nest: Chooses a raised site, on top of mound or ridge in hilly country, or on hummock in low-lying areas, always with good visibility in very open tundra. Site may be used for several years. Nest (built by female) is simple depression in tundra, with no lining added.

Migration not well understood. Nomadic in breeding season, concentrating where prey abundant. Numbers moving south in winter quite variable from year to year, probably relating to populations of prey in the north.

Migration not well understood. Nomadic in breeding season, concentrating where prey abundant. Numbers moving south in winter quite variable from year to year, probably relating to populations of prey in the north. 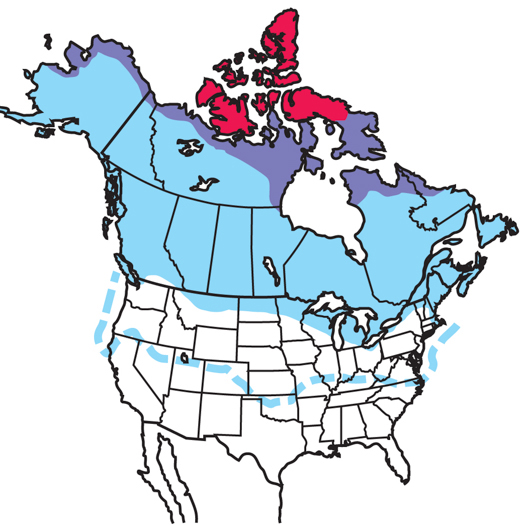 How Climate Change Will Reshape the Range of the Snowy Owl

Bird Up Your Zoom Calls With These Audubon Backgrounds

Spread the joy of birds—and native plants—at your next friendly gathering or weekly meeting.

‘We have to act now to protect the places birds count on: Places like the Arctic, Great Lakes, Everglades and the Colorado River must be a priority.’

Pale Male Is a Legend—But Is He Still Alive?

Some believe New York City's famous Red-tailed Hawk is a survivor extraordinaire. Not a chance, others say.