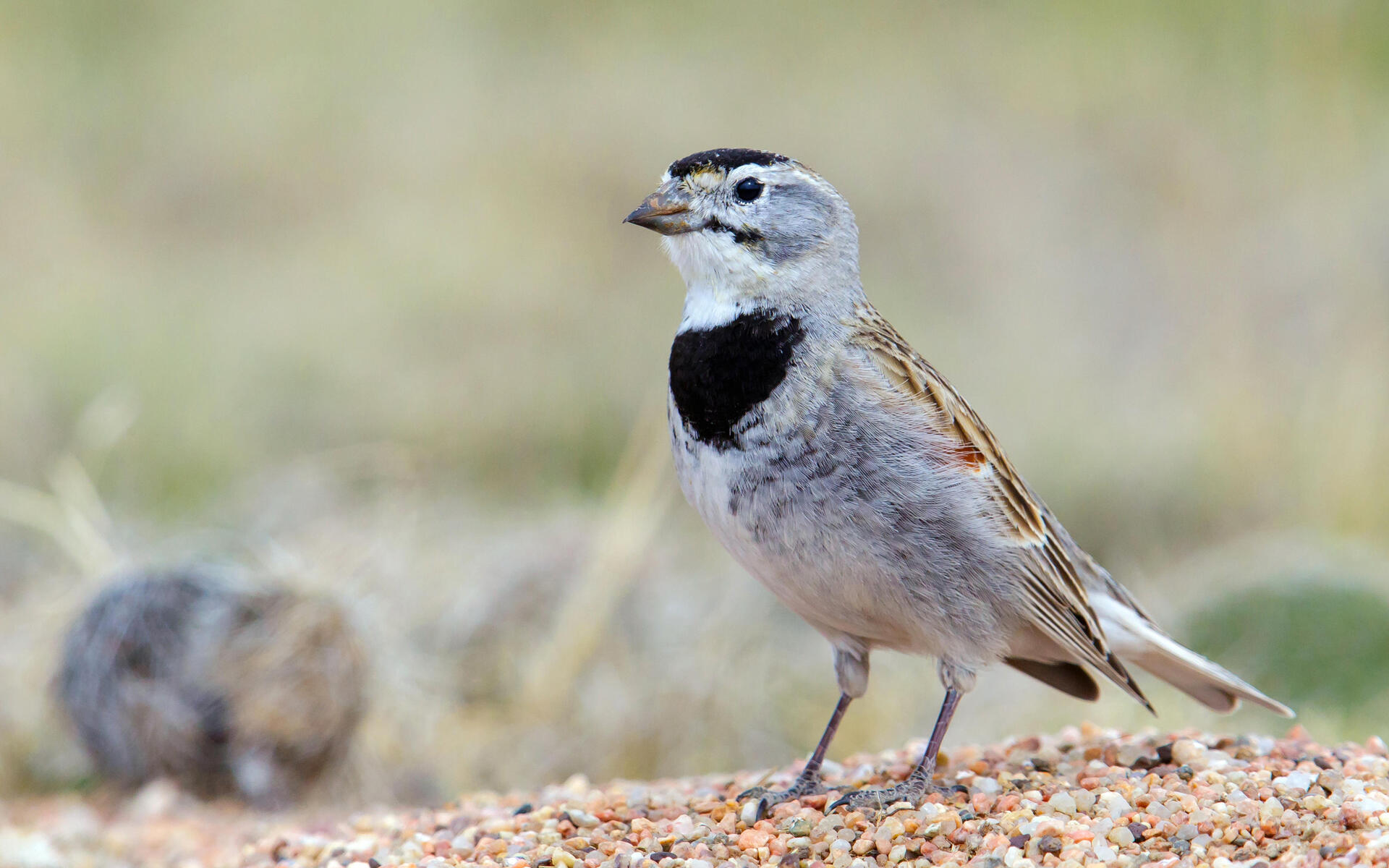 Forages while running and walking on ground, picking up items from soil or from plant stems. After flushing insects (such as grasshoppers) from ground, will chase actively, sometimes pursuing them in short flights. Except during nesting season, usually forages in flocks.

2-4, sometimes 5, perhaps rarely 6. White to pale olive, marked with brown and lavender. Incubation is by female only, about 12 days. Young: Both parents feed nestlings. Young leave the nest about 10 days after hatching; can run well at this stage but fly only poorly until a few days later. May remain with parents for at least another 3 weeks.

Both parents feed nestlings. Young leave the nest about 10 days after hatching; can run well at this stage but fly only poorly until a few days later. May remain with parents for at least another 3 weeks.

Mostly seeds and insects. Seeds make up more than half of summer diet of adults, and most of winter diet; included are seeds of grasses, weeds, sedges, shrubs. Also eats many insects, especially in summer, including grasshoppers, caterpillars, ants, moths, and others. Young are fed mostly insects.

Male defends nesting territory by performing flight song display, flying up to about 30' and then sailing or gliding down, with wings outstretched and tail fanned, while singing. Will also fight aggressively with intruding males. In courtship, male may circle female on ground, raising one wing high to show off white wing-lining, while singing. Nest site is on open ground, usually placed very close to a large grass clump or weed, small shrub, dried cow manure, or other object. Nest is built by female in slight depression in ground, an open cup made mostly of grass, sometimes with weeds, rootlets, and lichens added, lined with fine grass, plant fibers, animal hair. 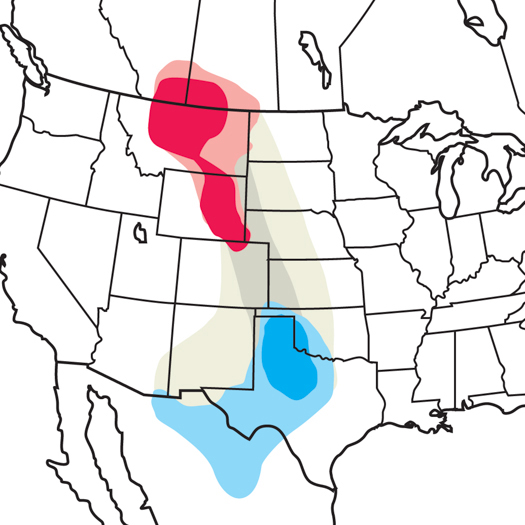 Dry rattle; also a clear sweet warble given during a fluttering flight with wings raised high over back.

Birding and Conservation Groups Are Beginning to Grapple With Racist Histories

But it's not enough to look only at the past, say experts—organizations must examine how these legacies influence their fields today.

The McCown's Longspur Is No More, but the Debate Over Bird Names Continues

In response to growing calls, the American Ornithological Society recently renamed the bird the Thick-billed Longspur. That's not enough for critics.

The Bird World Is Grappling With Its Own Confederate Relic: McCown's Longspur

A grassland species named for an ornithologist who later became a Confederate general, the longspur has sparked a fiery debate over which honorific bird names should be reconsidered. Some say all of them.