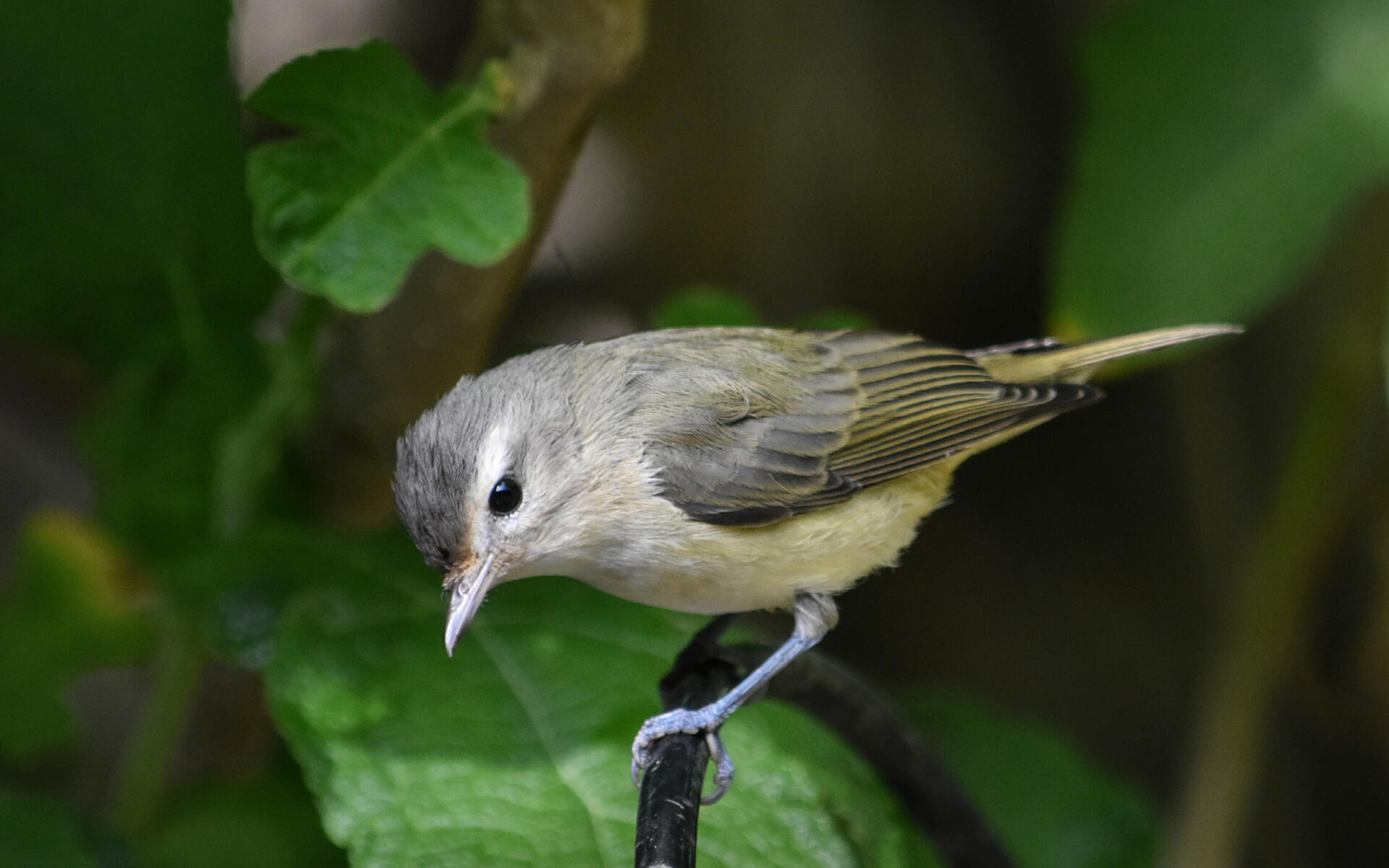 Forages mostly in deciduous trees, sometimes in shrubs, hopping along twigs and searching for insects among the leaves. also picks insects off the undersides of leaves while hovering briefly.

4, sometimes 3-5. White with brown or black specks. Incubation is by both parents, 12-14 days. Male frequently sings from nest while incubating. Commonly parasitized by cowbirds. Young: Nestlings are fed and brooded by both parents, leave the nest 12-16 days after hatching.

Nestlings are fed and brooded by both parents, leave the nest 12-16 days after hatching.

Male defends territory by singing. In courtship, male struts and hops around female with his wings spread and tail fanned, usually not far from potential nest site. Nest: In the East, usually placed high in tree, up to 90'. In the West, often found in shrub or tree within 30' of ground. Generally deciduous tree or shrub. Nest (built by both sexes) is a compact, deep cup, suspended by its rim from a forked twig. Nest made of bark strips, grass, leaves, and plant fibers.

Migrates mostly at night. Most eastern breeders apparently travel north and south via Texas and Mexico, rather than flying across Gulf of Mexico.

Migrates mostly at night. Most eastern breeders apparently travel north and south via Texas and Mexico, rather than flying across Gulf of Mexico. 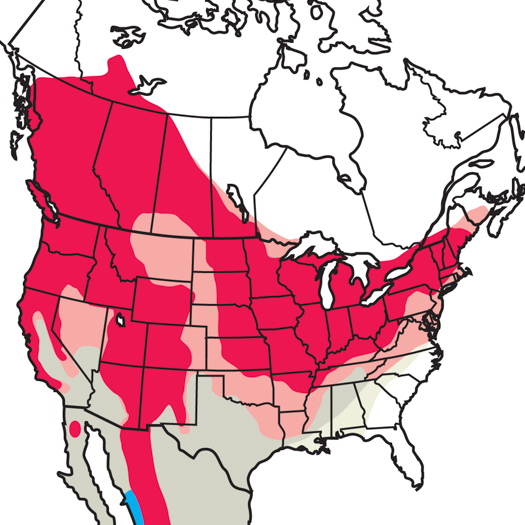 How Climate Change Will Reshape the Range of the Warbling Vireo

A Life in Pursuit of Vireos

An illustrious birder outlines the highs (and lows) of chasing these songbirds of summer.