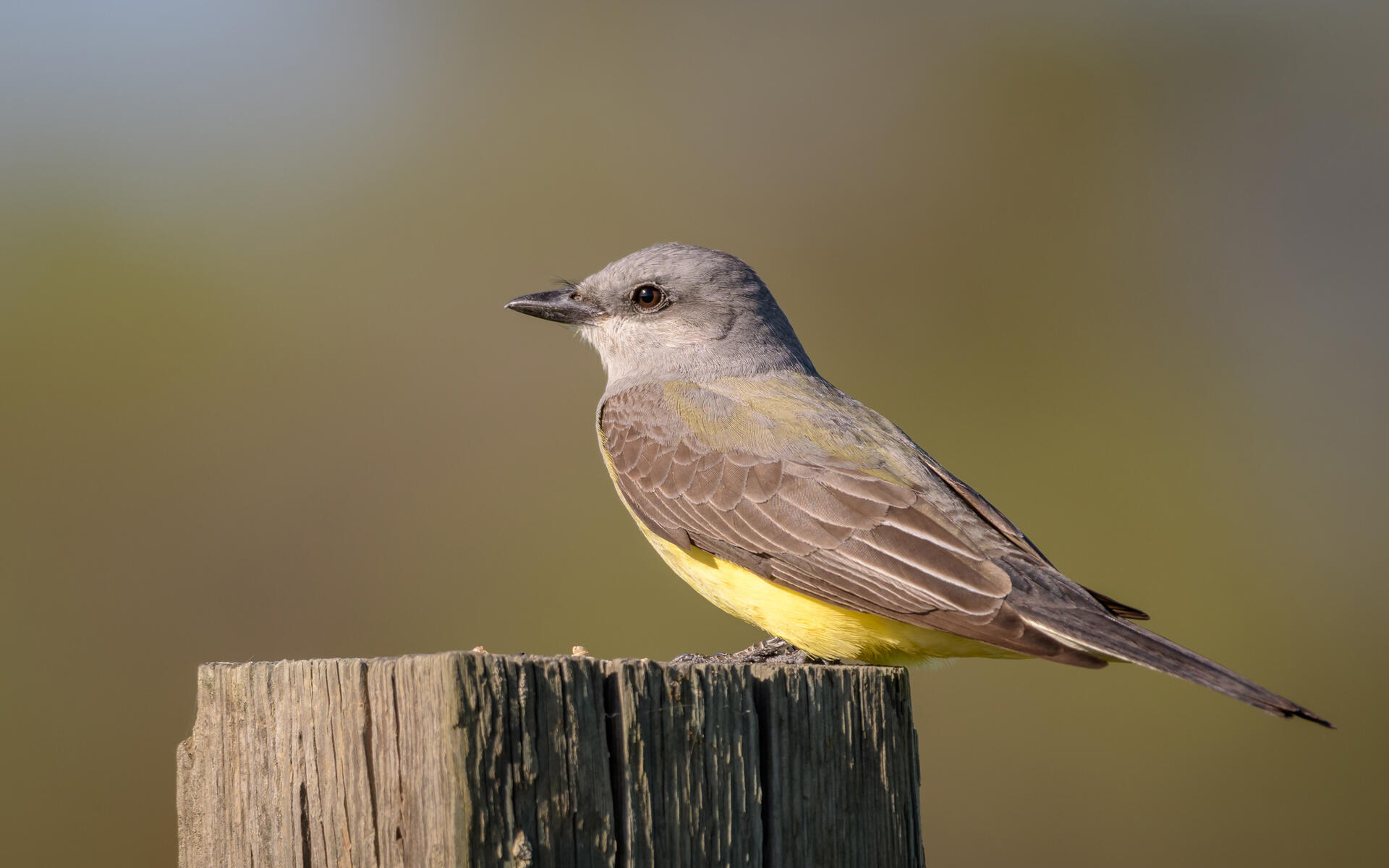 Forages mostly by watching from a perch and then flying out to snap up insects in its bill. May perch low or high; may catch insects in mid-air, or may hover and then drop to the ground to catch them.

3-5, rarely up to 7. Whitish, heavily blotched with brown, lavender, and black. Incubation is mostly or entirely by female, about 18-19 days. Young: Both parents feed nestlings. Young leave nest about 16-17 days after hatching.

Mostly insects. Feeds on a wide variety of insects, especially wasps, bees, beetles, and grasshoppers, also flies, true bugs, caterpillars, moths, and many others. Also eats some spiders and millipedes, and regularly eats small numbers of berries and fruits.

Male defends territory by singing, giving "dawn song" incessantly at first hint of daylight. In courtship, male performs flight display, rapidly flying up and down in vertical zigzags, giving rapid sputtering calls. Nest site varies, usually in tree in vertical fork or on horizontal limb, 15-30' above ground. Also often nests on utility poles, sometimes on building ledges or towers, in empty sheds, on cliff ledges, or in abandoned nests of other birds. Nest (probably built by both sexes) is a cup of grass, weeds, twigs, plant fibers, lined with finer materials such as feathers, plant down, animal hair, bits of paper. 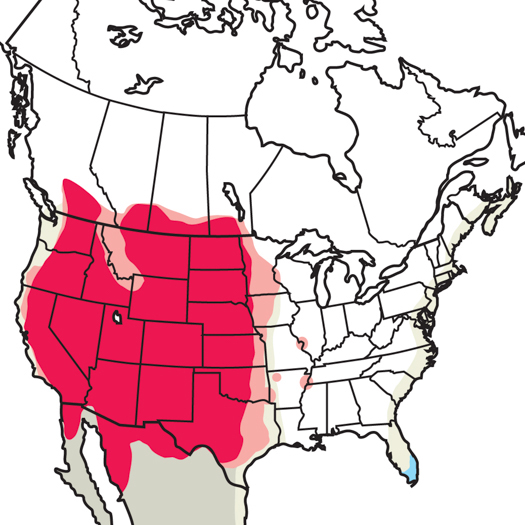 How Climate Change Will Reshape the Range of the Western Kingbird