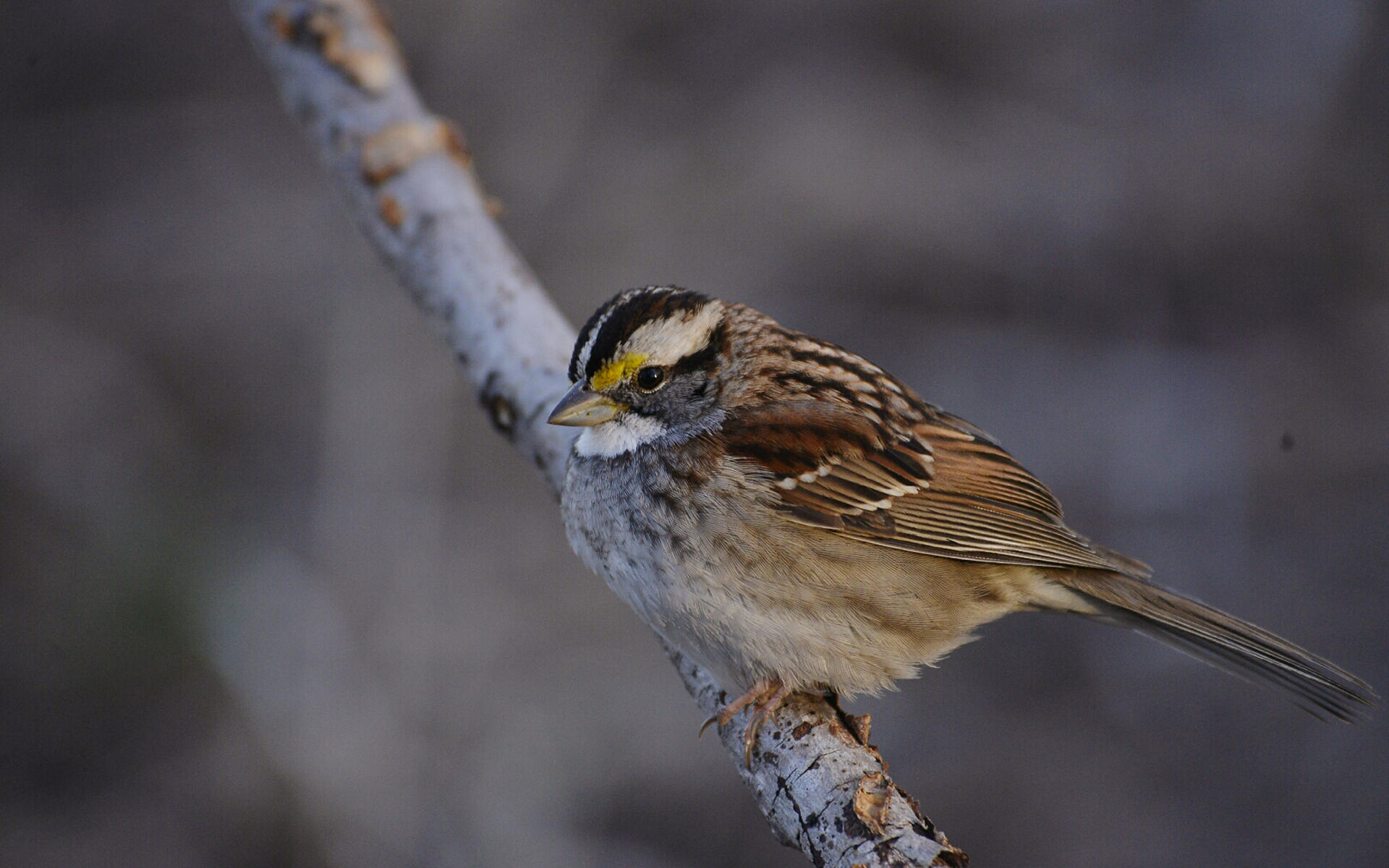 Forages mostly on ground under or close to dense thickets. Often scratches briefly in leaf-litter with both feet. Also forages up in shrubs and low trees, mainly in summer.

4-5, sometimes 3-6, rarely 2-7. Pale blue or greenish blue, marked with reddish brown and lavender. Incubation is by female only, about 11-14 days.

The two color morphs (with tan-striped and white-striped heads) may be either male or female; adults almost always mate with the opposite color morph. Male sings to defend nesting territory. Nest site usually on ground, well hidden by low shrubs (such as blueberry), grass, or ferns. Sometimes nests above ground in shrubs, brushpiles, or low trees, rarely up to 10' high. Nest (built by female) is open cup made of grass, twigs, weeds, pine needles, lined with fine grass, rootlets, animal hair. 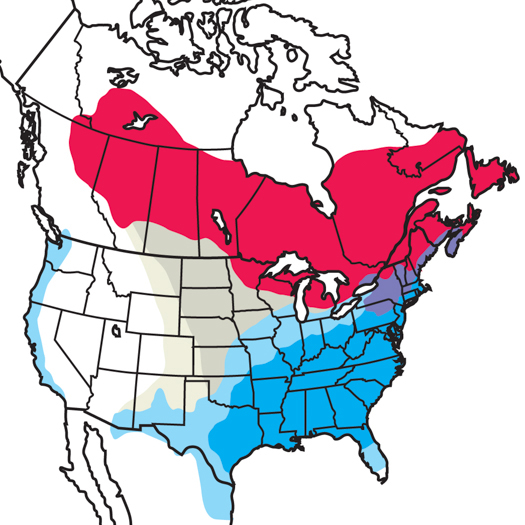 A whole new year's worth of birds is about to start its southbound migration. We need to make sure they have food and shelter along the way.

A modified dialect of male song began in a local population in western Canada and, in two decades, traveled to birds more than 1,800 miles away.

Everyone Has a Bird Question They’re Waiting to Ask

If they’re paying enough attention to birds to ask questions, they’re halfway to becoming an advocate for wildlife.