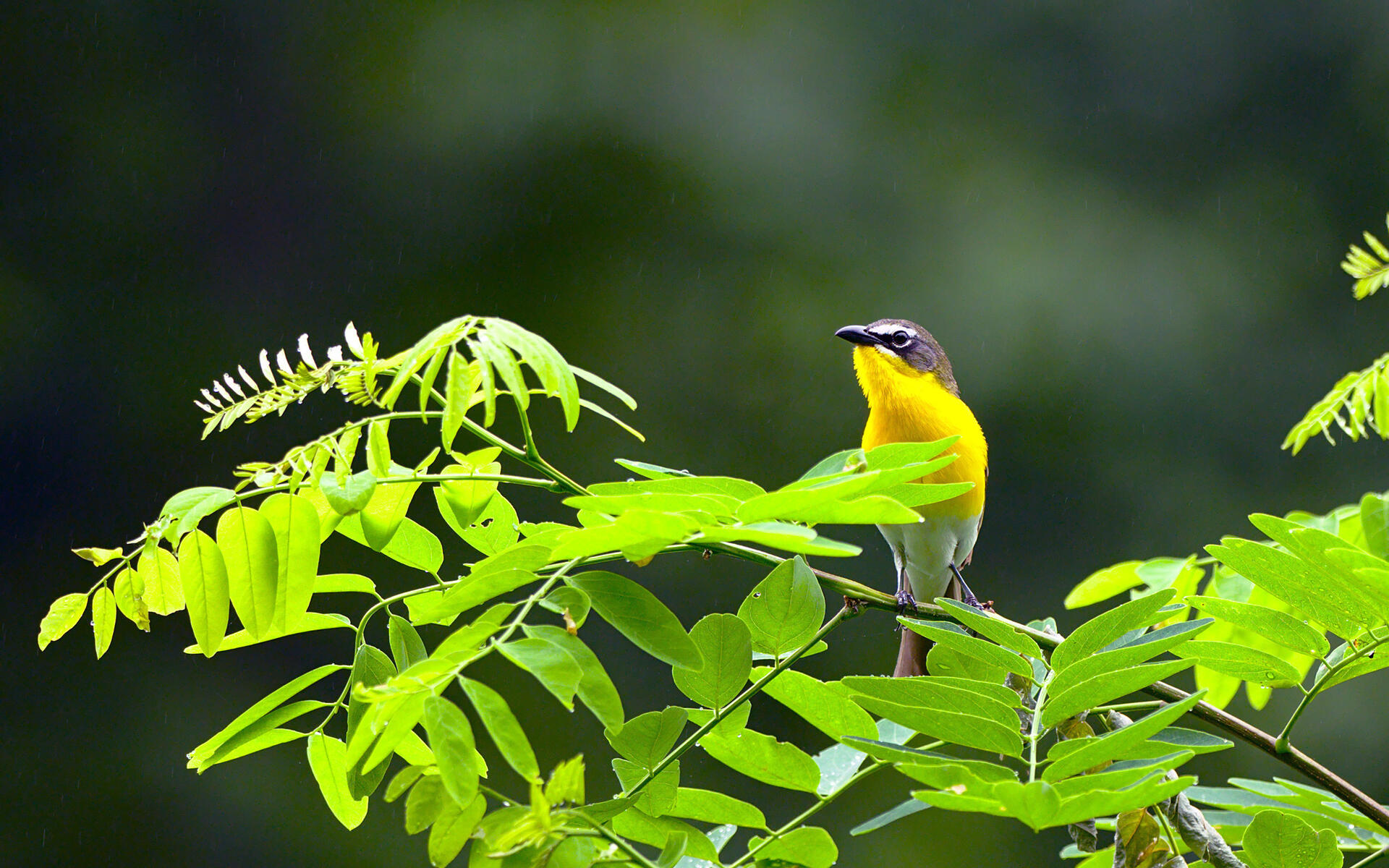 Forages by searching among foliage among dense low tangles or by perching to eat berries. Unlike any other warbler, will hold its food with one foot while it feeds. Forages alone during migration and winter, rather than joining feeding flocks.

3-4, up to 6. Eggs large, creamy white, with brown spots at large end. Incubation by female only, 11 days. Commonly parasitized by Brown-headed Cowbirds. Young: Fed by both parents. Leave the nest about 8 days after hatching. Normally 2 broods per year.

Fed by both parents. Leave the nest about 8 days after hatching. Normally 2 broods per year.

Insects and berries. Feeds on a wide variety of insects, including moths, beetles, bugs, ants, bees, wasps, mayflies, grasshoppers, katydids, caterpillars, and praying mantises; also spiders. Up to half of diet (or more in fall) may be berries and wild fruit, including blackberries, elderberries, wild grapes, and others. Wintering birds in the Northeast often come to bird-feeders, where they will take many unnatural items such as suet or peanut butter.

During courtship, male displays to female by pointing bill up and swaying from side to side. In flight song display, male flies up singing, hovers, drops slowly with its wings flapping over its back and legs dangling loosely, then returns to perch. Occasionally nests in loose colonies. Nest: Placed 1-8' above the ground, well concealed in dense shrub or tangled vines. Large open cup nest is constructed by female. Outer base of dead leaves, straw, and weeds provides support for a tightly woven inner nest of vine bark, lined with fine weed stems and grass.

Most leave our area in fall, to winter in the tropics. Every fall, however, many show up along the northeastern coast, and some of these stay through the winter, even as far north as New England.

Most leave our area in fall, to winter in the tropics. Every fall, however, many show up along the northeastern coast, and some of these stay through the winter, even as far north as New England. 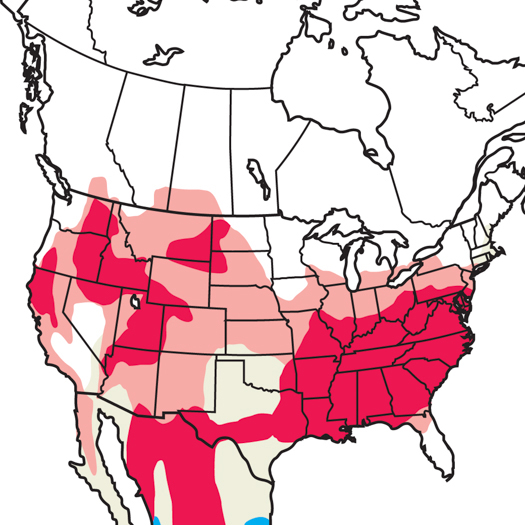 Series of widely spaced croaks, whistles, and short repeated phrases, very unlike a typical warbler's song. Often sings at night. At times it performs a musical display flight, flopping awkwardly up and down with legs dangling, while singing.

Webinar puts spotlight on need to protect groundwater in Arizona.

In an official letter to the Bureau of Reclamation, Audubon experts and 35 chapters demonstrate support for the No Action alternative.

In the Field—Western Rivers Bird Count

A dispatch from Arizona’s Salt River.