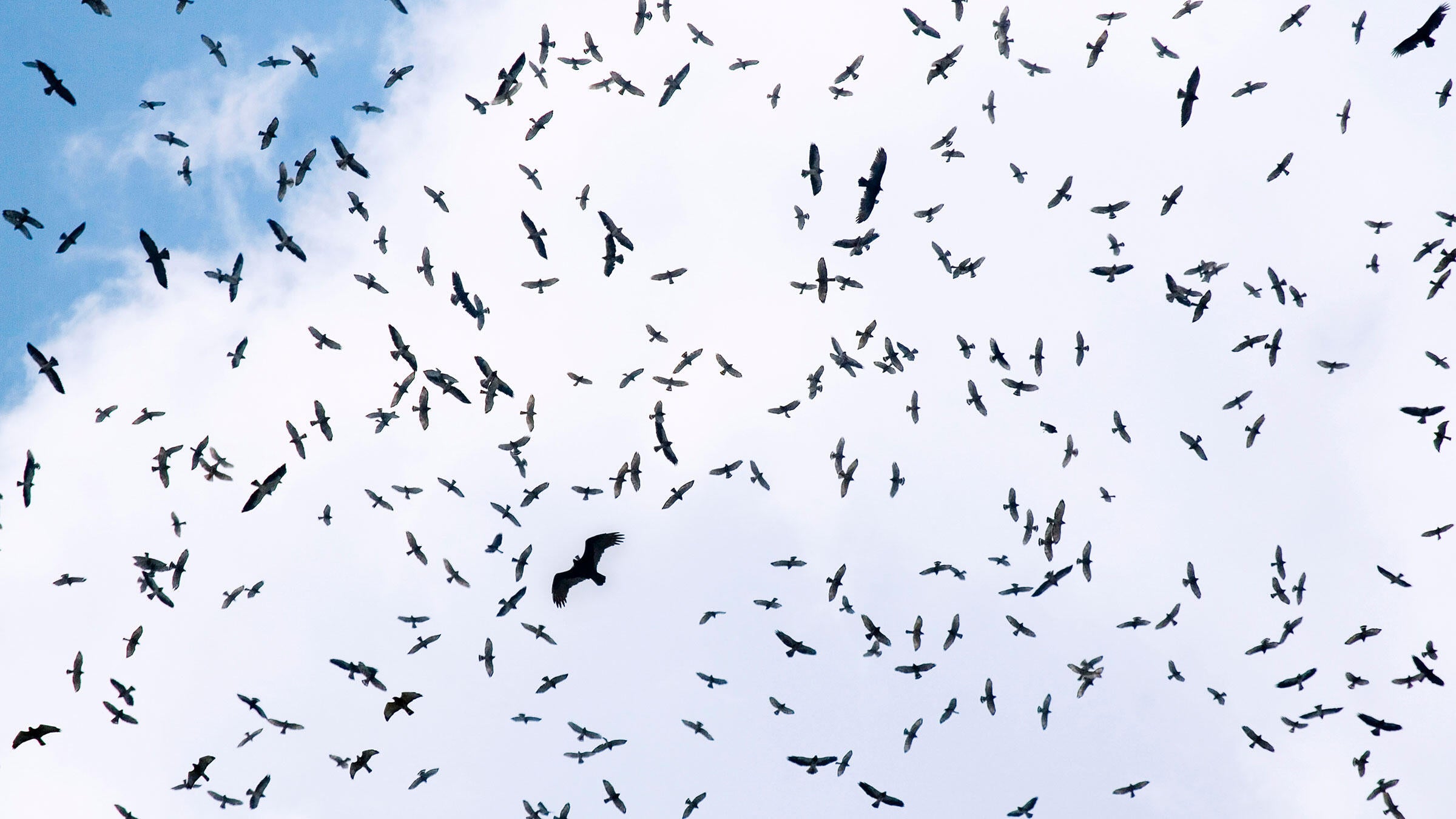 When viewed at dizzying distances, raptors can be a mystery to both beginner and well-seasoned birders. Photo: Kenn Kaufman

First, break them down into groups. Then you can start picking out the finer details like size and flight.

Birders trained to ID birds by their plumage are typically mystified by their first hawk-watching experience—from a distance, raptors may be near impossible to tell apart. Focus on the traits you can make out: size, shape, overall color or tone, and the manner and cadence of the bird’s wing beats.

My advice: Don’t be intimidated, but don’t be dismissive either. If you want to play in the hawkwatching arena, you’re going to have to rethink your concept of a field mark. Distant IDs aren’t made instantly—they’re built, by piecing together multiple clues that favor one species over another.

Most birds of prey fall into four major categories. (Northern Harrier, Osprey, and kites are a few exceptions.) These are the core attributes for each:

Once you've sorted your groups, it's time to narrow down the candidate species. Look for specific features—though fine distinctions in plumage might still be hard to pin down. For instance, the signature double ‘stache on an American Kestrel’s face may not be so obvious, so rely on its overall paleness to help distinguish it from the slightly larger and darker female and juvenile Merlin.

Manner of flight can also be a defining feature. The American Kestrel’s flight is batty and flat, for example, while the Merlin’s wing beats are fast, powerful, and piston-like. Kestrels float when they glide; the heavier Merlins sink. Peregrine Falcons, on the other hand, have shallow, elastic wing beats—you can practically see the motion rippling down the falcon’s long and tapered wings.

As the bird approaches, make sure to test your hypothesis; other clues will become more obvious as the distance closes. And don't worry, even the experts get fooled. It’s what keeps them coming back, season after season.