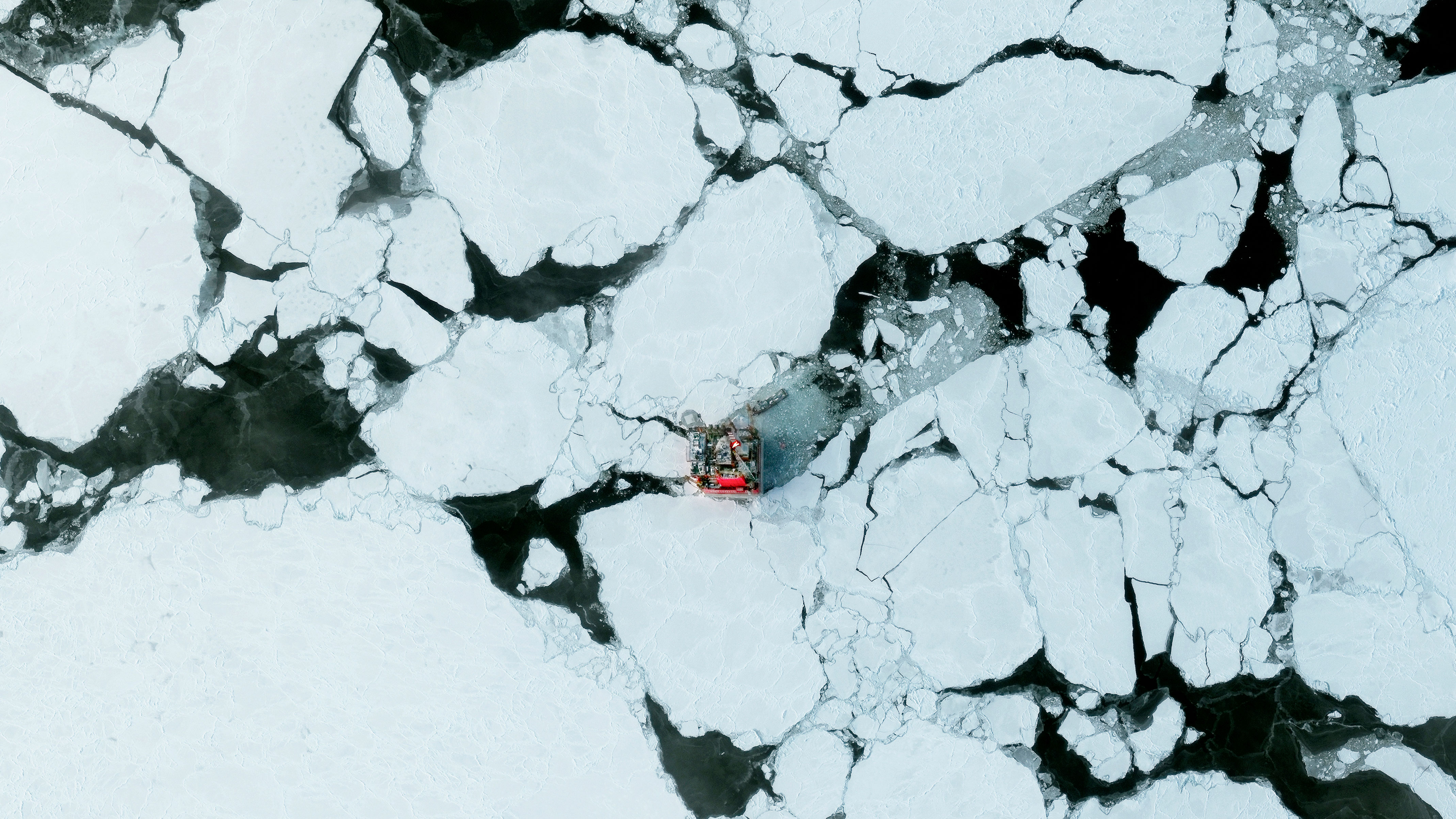 6 Views of The Earth From Above

Staring at the Earth from outer space is captivating—until you realize you're probably marveling at destruction.

Two years ago, Benjamin Grant typed “earth” into the search bar of Apple Maps, expecting a view of our planet from space. Instead, the program zoomed in on the town of Earth, Texas, and from above, he saw huge perfect circles filling the landscape (he soon learned they were the products of a certain type of irrigation). “I had no idea what I was seeing at the time, but I was awestruck,” Grant says of the fortuitous mistake. “I became completely obsessed with finding new perspectives.”

He soon launched a website (and an Instagram) called The Daily Overview, where he posts one hauntingly beautiful satellite images of human impacts on the planet every day. Grant’s project is named for the Overview Effect, which describes the psychological shift that occurs when the planet is viewed from outer space (it was documented by astronauts in the recent film Overview). From above, the Earth looks small and frail, those who have seen it this way say, inspiring a sense of commonality between all people and all life, and a responsibility for the planet.

Grant deliberately constructs each shot. He first researches a topic (like agriculture, mining, energy or infrastructure) and then narrows down a list of potential locations. Then, through a partnership with satellite image provider DigitalGlobe (which offers higher resolution than free mapping software), he stitches together 16 or 17 shots to create each overview. After using one of these shots on the cover of our January-February special issue on the Arctic, we spoke to him about the project’s origins and progression (he’s developing it into a book due out in the fall of 2016). 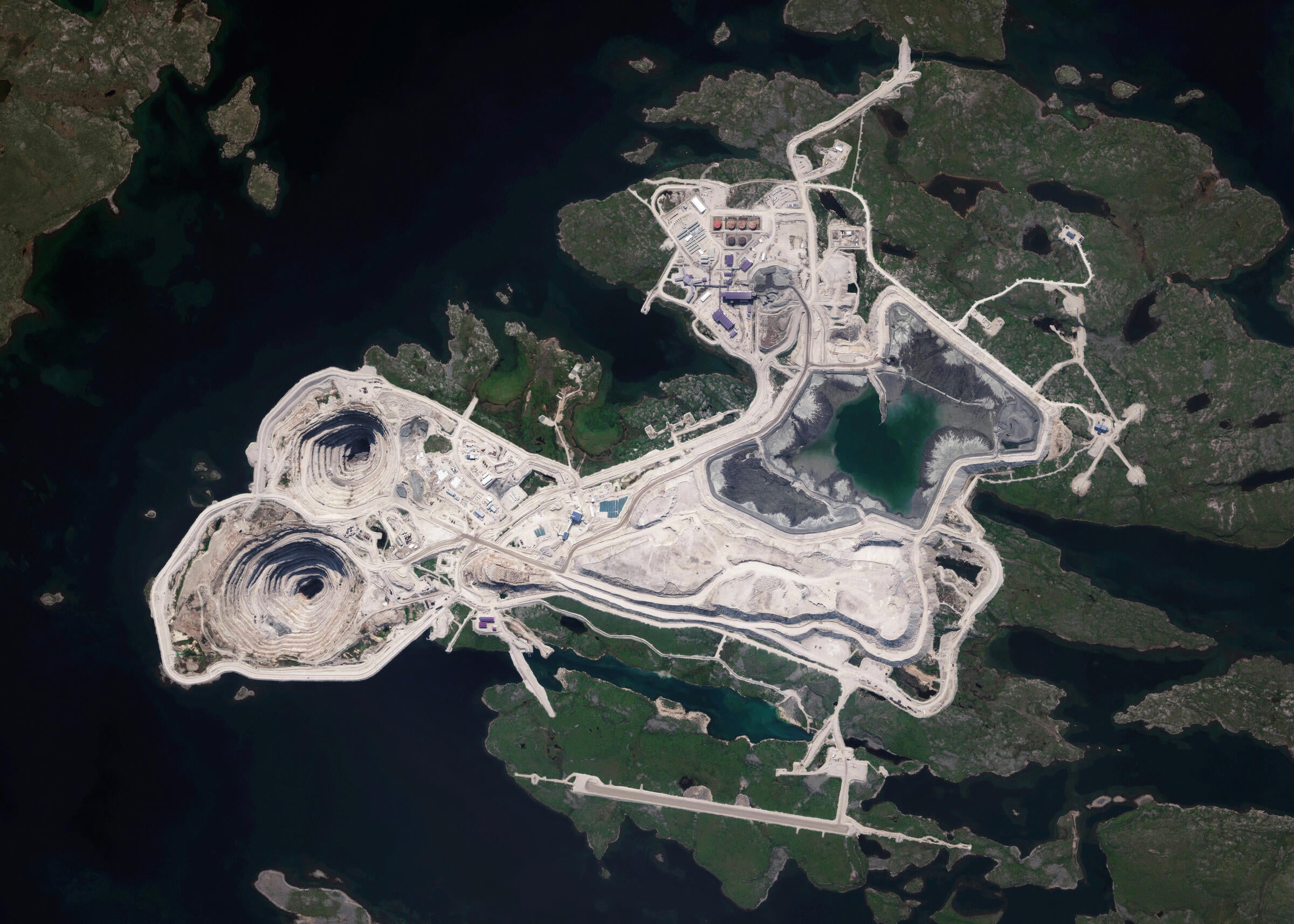 Audubon: The idea of the Overview Effect has been evoked many times before. What makes this project different?

Benjamin Grant: There are many examples, either with [the 1977 film] Powers of Ten, or Carl Sagan’s Pale Blue Dot, or with the Blue Marble photograph. All of those examples touch on the idea of the Overview Effect, of the whole Earth, but they don’t focus in as well as we’re able to do now with satellites. The satellites can zoom in to show human impacts like agricultural developments or sprawl or encroachment on the Arctic. Each image is not a whole overview, but it’s an overview of a certain idea or place, which I think people connect with better. 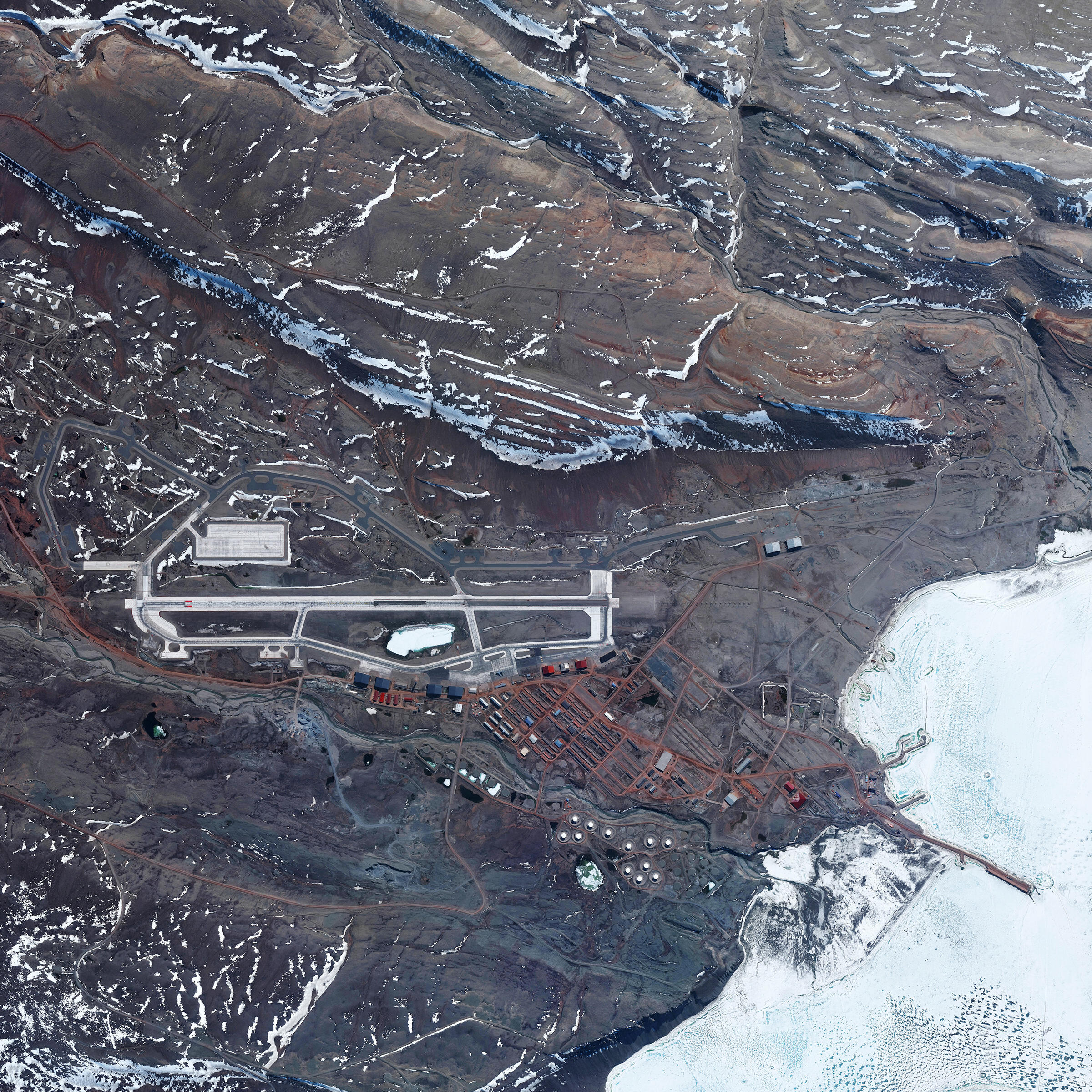 A: The Blue Marble photograph is beautiful and awe-inspiring. Your images invoke that feeling of awe—but many are also disturbing. How do you reconcile those feelings?

BG: There are times when an image is purely beautiful. But often there’s the dual existence of the beauty and also the realization that what you’re seeing is the opposite [of beauty]—whether it’s that we’re destroying the planet or destroying each other, or whatever it might be. I think that’s when the images are most powerful.

There’s one image of the Dadaab refugee camp in Kenya, which has these beautiful red striking colors of the landscape and a grid system, which people really enjoy looking at. But once you read the caption you realize that what you’re seeing is 400,000 displaced Somali refugees. And you have this weird moment where you’re like—I enjoy this, but can I really enjoy that? 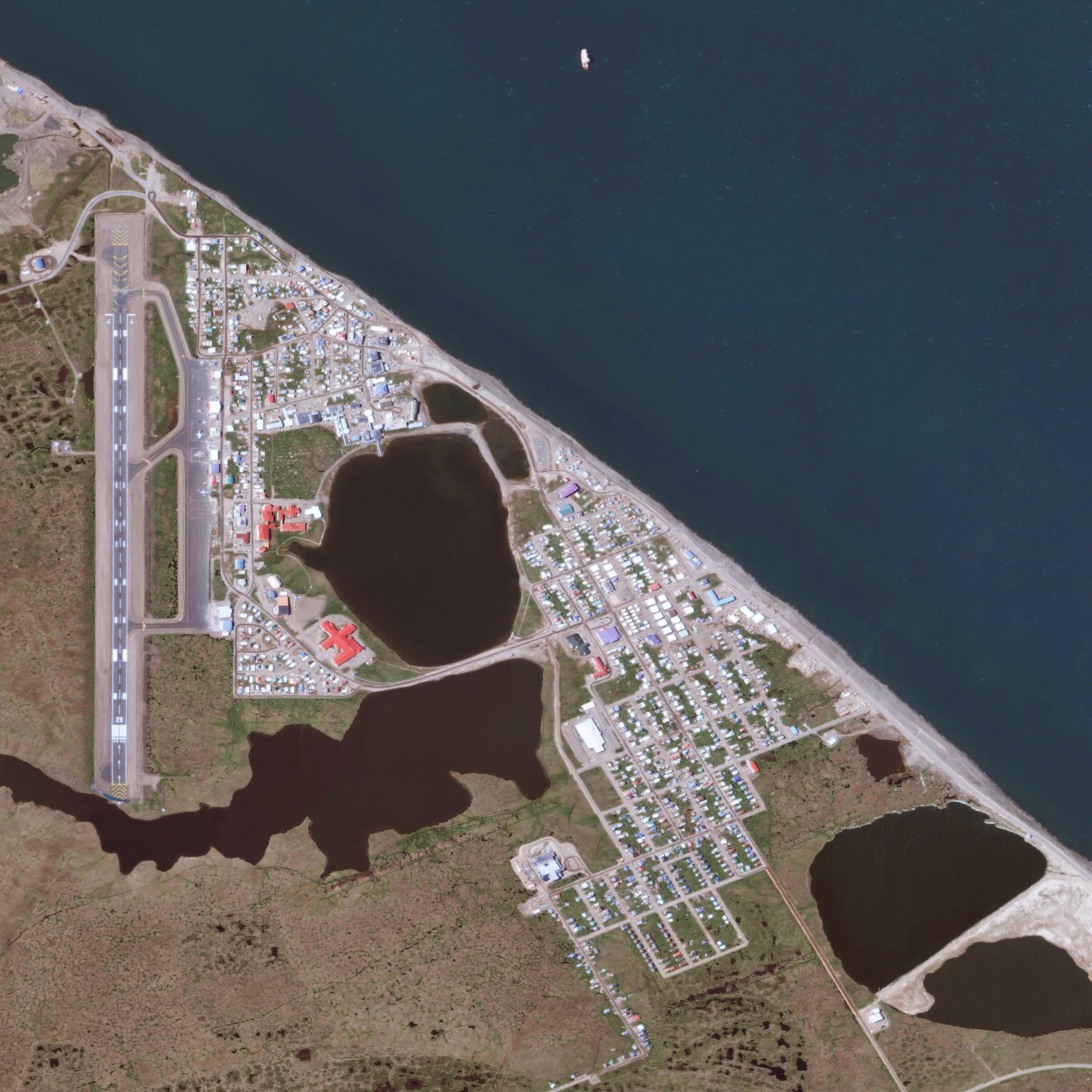 A: The project’s impact is as much in the captions as the images. How do you put those together?

BG: The challenge has always been to present the captions and information in an unbiased way that gives an accurate picture of what is going on. I think an underlying tenet of the whole project is this idea of awareness, and that if people are more aware of what is going on in the world, hopefully we will take action together to make it a better, safer planet. But I’m not going to say, “this is bad” or “this is good.” 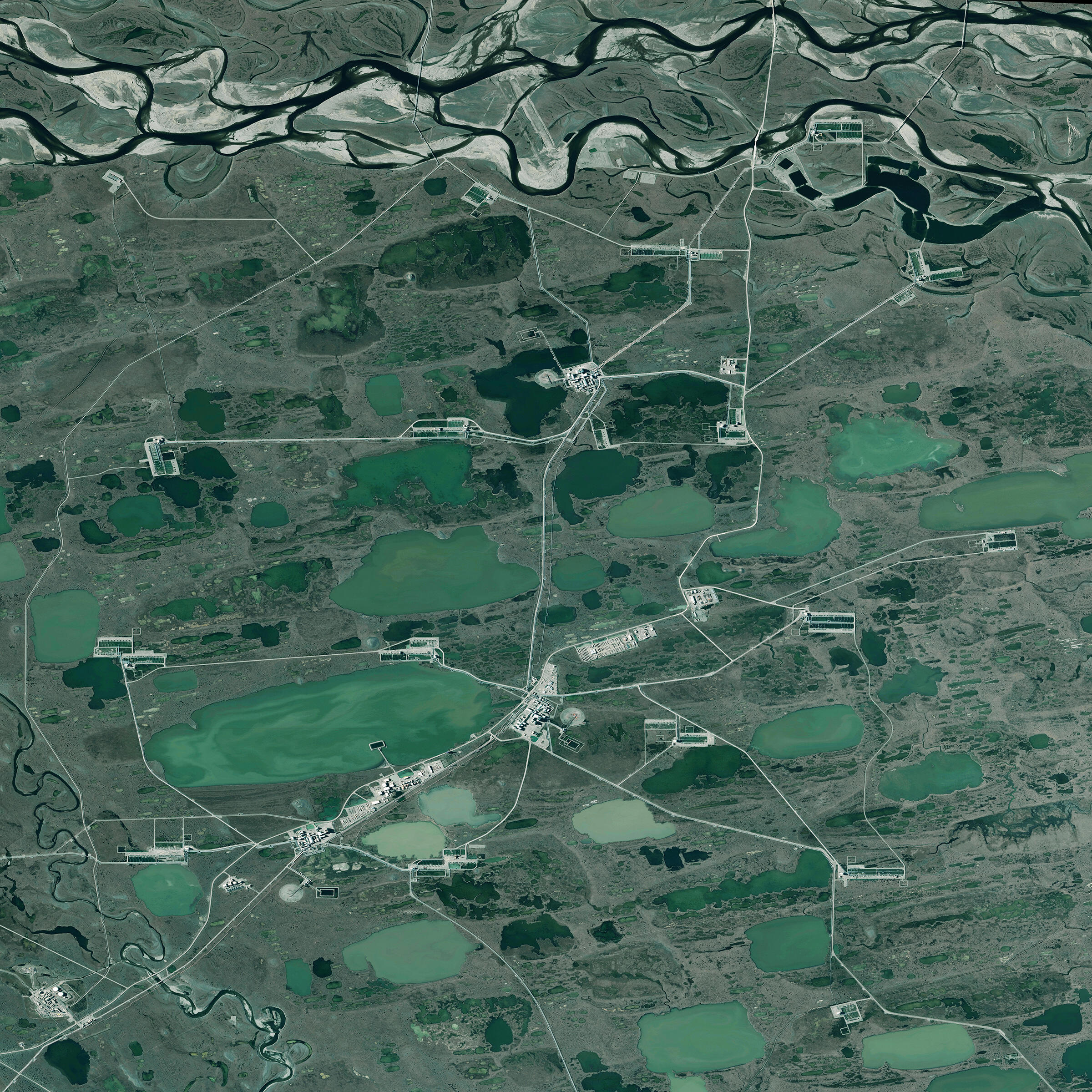 A: Let’s turn to your Arctic image from the Jan-Feb issue. What kinds of human impacts are visible so far up north?

BG: Three major themes stood out. The first is energy and oil extraction, and the issue’s cover photo shows an oil platform in Russia. Another is human settlement and presence. A very small proportion of the population lives in the Arctic in these extreme conditions, and it’s amazing to see what that looks like. The last theme is territorial or geopolitical issues. Both the U.S. and Russia are building bases in the Arctic. We are in this constant search for territory and power, and we’re going to the remotest places on Earth to find it.

Overall, there isn’t much human presence in the Arctic compared to other areas of the world. But the Arctic is where we’re seeing the manifestation [of climate change] clearly with ice melt and shrinking glaciers. So it’s interesting that it’s harder to find images of human impact up there even though it’s where we see the grand result of human impact from other areas around the world. That too taps into the idea of the Overview Effect: that what happens in one corner of the globe really does impact the entire planet. 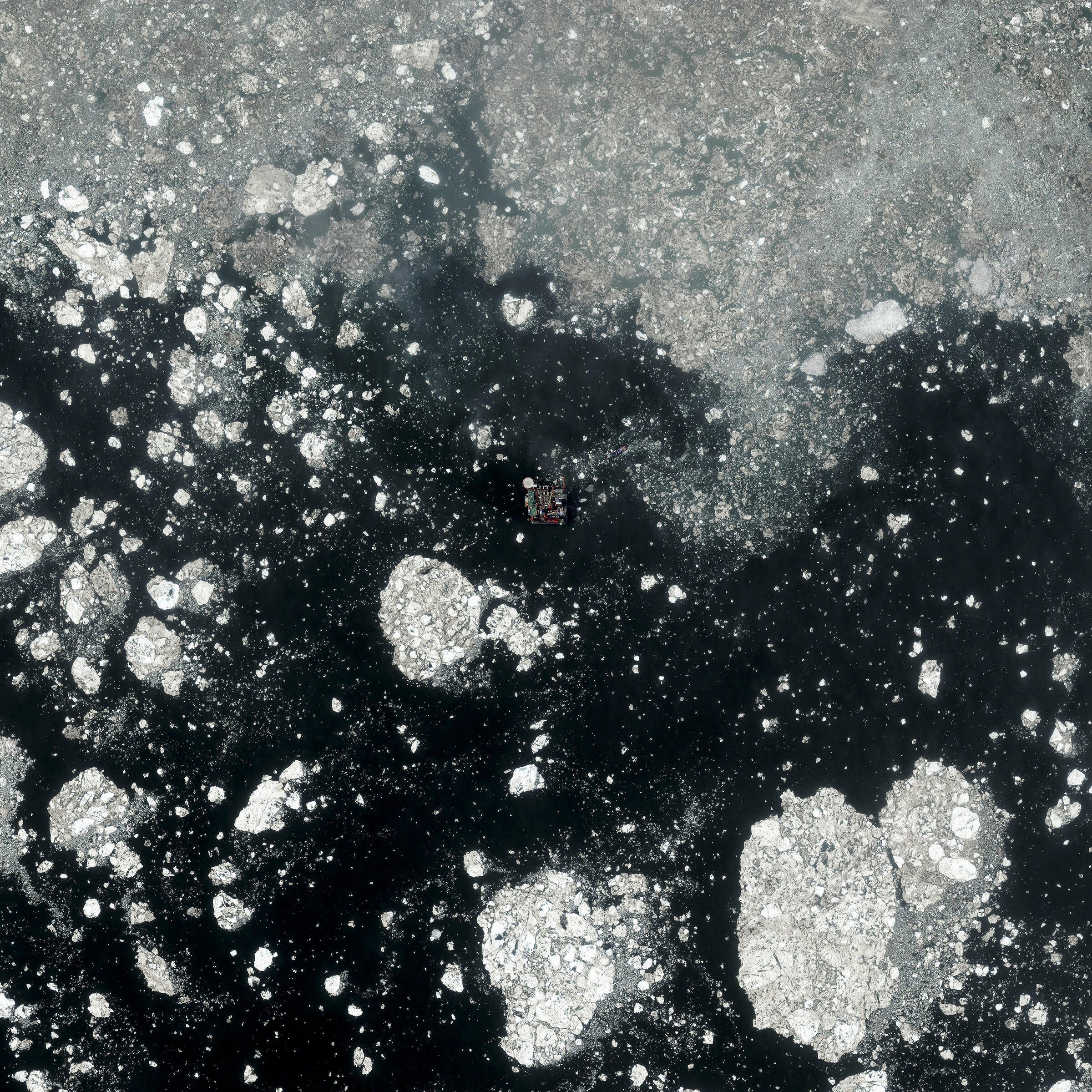 A: And that ceaseless hunt for energy seems so pointless if we’re all on this planet together flying through space towards who knows what.

BG: A lot of that comes together to me as—where does this stop? Where does this end? Because it’s this never-ending search for fossil fuels, a never-ending quest to have more space and more power. The Arctic is a wonderful example: We’re even going here to do this?

A: What do you hope people will take from the Daily Overview ultimately?

BG: I hope they are simply more aware about what’s going on on the planet and our role in that impact. The topics of climate change and human impact aren’t the most uplifting or enjoyable; they’re usually things we look away from. But if I’m able to [make people look at] it once a day with a beautiful image and 3-4 sentences, maybe I can get people interested in this to the point where they seek it out for themselves. Or that’s my hope.

The interview has been edited for length and clarity.