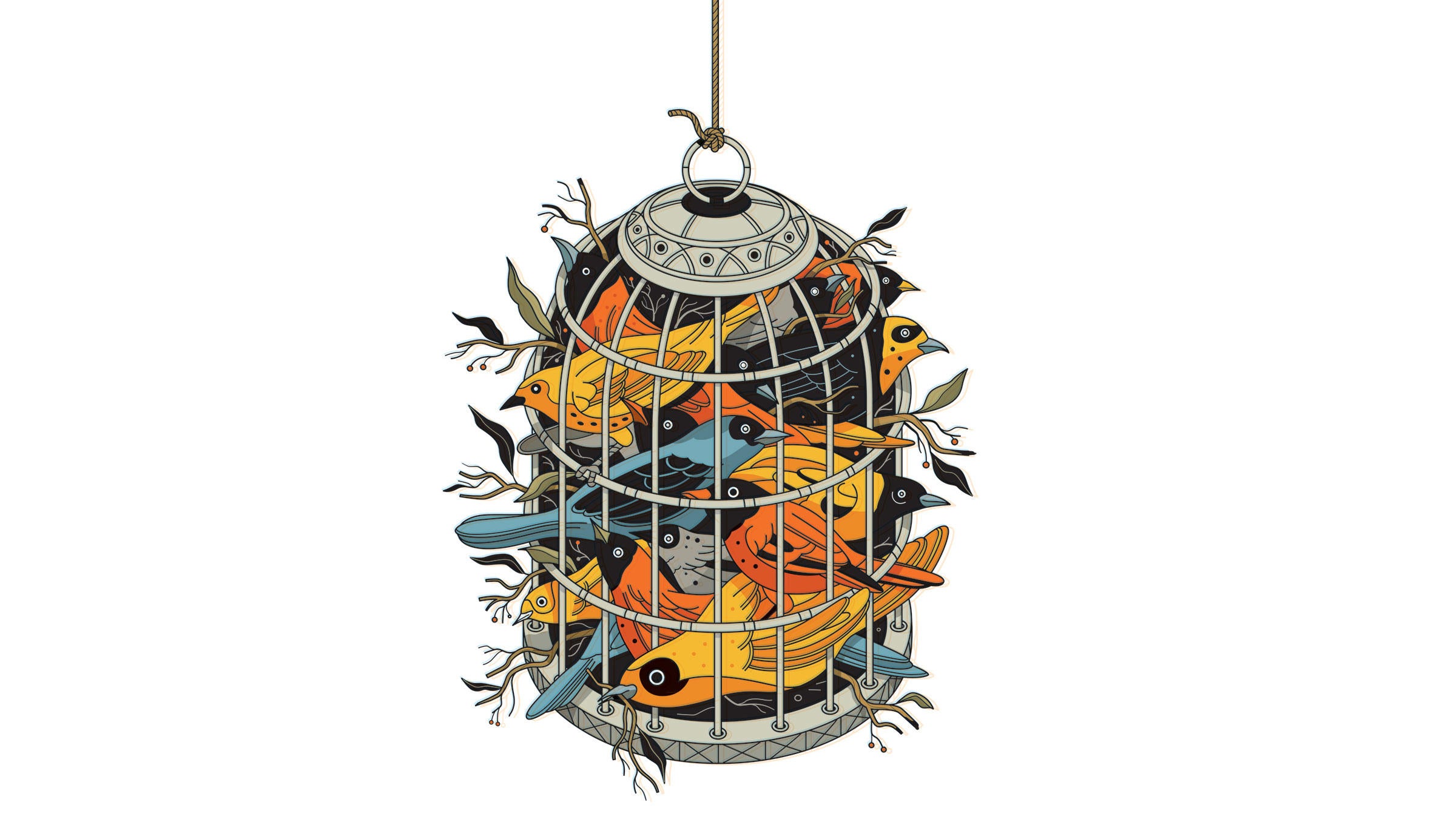 Do Birds Have an Inherent Right to Fly?

The Indian Supreme Court is looking at the question in a more liberal—and literal—light.

It’s hard to know what, exactly, a High Court justice in India was thinking five years ago when he came out with a rather astounding verdict on the caging of 500 birds in a Gujarat market. “It is the fundamental right of the bird,” wrote Justice M.R. Shah, “to live freely in the open sky.” Was his declaration simply an abstract philosophical flourish to further the argument that the cruel conditions in which bird traders had kept their wares constituted illegal confinement? Or was he truly intending to open a door toward an all-out ban on keeping birds in cages?

Whatever his intention, the belief that birds have a right to be free seems to have picked up steam. Last May the Delhi High Court used similar language in its verdict condemning a pet store owner who had mistreated his birds. And now the Indian Supreme Court has agreed to hear an appeal on the original 2011 case arguing that the birds’ court-sanctioned right to fly conflicts with a more firmly established constitutional right: humans’ “right to profession.” Should the Supreme Court uphold Shah’s decision, it could be possible that a cage-free future is on the horizon. But that raises some thorny questions; the notion that birds have an inherent right to be free certainly sounds attractive, but in practical terms, the ethics aren’t quite so simple. “If you free all the domesticated birds in India, it will be an ecological disaster,” says wildlife biologist and Gujarat Bird Club founder Bharat Jethva. Not to mention the host of questions such a decision raises regarding the rights of other domesticated animals. “Do we have the right to keep horses?” Jethva asks. “Do we have the right to drink milk from cows?”

Before we get to those questions, we’ll have to wait and see how the Supreme Court rules. At the same time, according to Jethva, there’s no need to institute a sweeping ban on cages anyway. In fact, he says, the country already has the necessary means to protect more than half a million birds currently entangled in its pet trade, through laws already on the books against animal cruelty and the capture of wild Indian species (although it needs to step up enforcement on the latter—illegally trapped birds make up about 80 percent of the market in India). “Ultimately it burns down to how the laws are implemented,” Jethva says. “We’ve already drawn the line between right and wrong.”