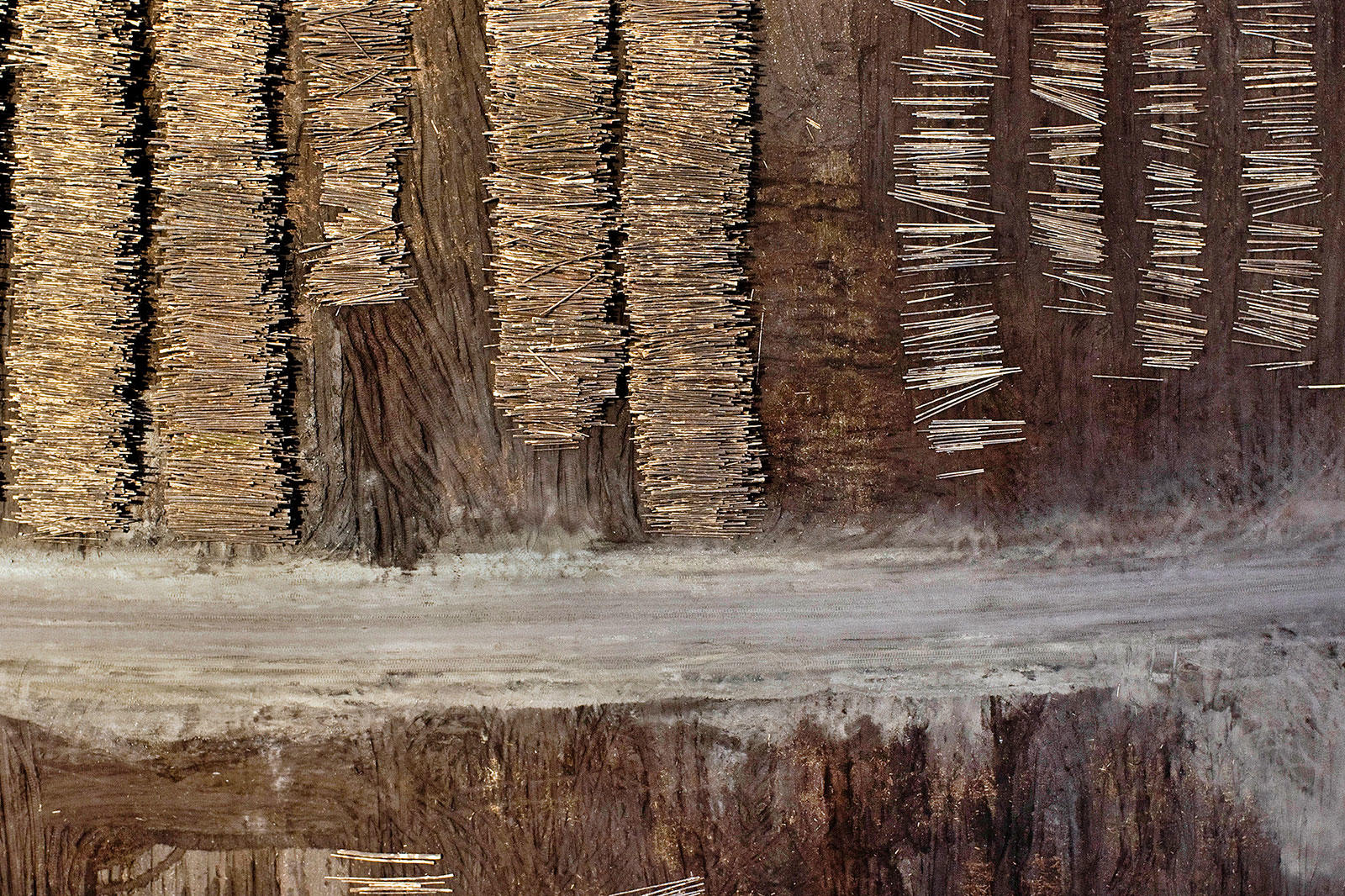 Why U.S. Forests Are Fueling Europe 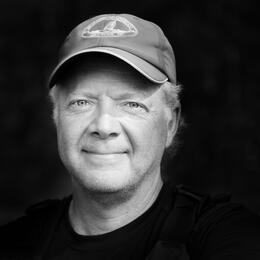 It looks like a rabbit pellet, speckled quail-egg brown, a cylinder perhaps an inch long, thick as a No. 2 pencil, with a shiny coat that brings to mind a sausage casing. There are no fillers, no binders, no added chemicals. Wood pellets are all-natural, made of nothing but wood.

A single pellet is light as a feather, but a transfer truck filled with them will push 27 tons, and these days, trucks are being filled at a rate never before known. Millions of tons of wood pellets are being produced in plants across the U.S. South and hauled to coastal ports. From there they are shipped to power plants in Europe to fuel a massive conversion of energy facilities from burning coal to burning wood.

It seems to defy common sense that trees from forests in North Carolina, South Carolina, Virginia, Georgia, and other southern states could be cut, trucked to a mill, pulverized and pelletized, shipped to a seaport, sailed across the Atlantic Ocean, and delivered to a power plant in the Netherlands, all in the name of reducing global warming. Yet that’s what’s happening. And during the past five years, such an unlikely scenario has spawned an entirely new industry. Conservationists are concerned that this latest rush to purportedly green energy is not only a carbon emissions boondoggle but a potential train wreck for wildlife and some of the most diverse forests remaining in North America.

The volume of pellets being shipped overseas is exploding. Exports from North America to Europe doubled in two years, to 4.7 million tons in 2013. Southern forests accounted for nearly two-thirds of that volume. At the new Enviva Biomass pellet plant in northeastern North Carolina, a transfer truck is filled with wood pellets about every 28 minutes, each one bound for Europe.

That continent’s appetite for wood pellets is fueled by the European Union’s 2020 climate and energy package, which set binding goals for reducing greenhouse gases, increasing energy produced by renewable resources, and improving overall energy efficiency. The basis of the flawed logic leading to U.S. wood being burned to power Europe, conservationists say, is an accounting formula: According to E.U. policy, wood pellets are considered a carbon-neutral fuel source, based on the principle that regenerating forests will eventually recapture the carbon released when the trees were cut. But a growing chorus of scientists and conservationists points to new research showing that harvesting, transporting, and burning trees for large-scale energy production actually produces a “carbon debt” that isn’t repaid for 35 to 50 years—an eon in the rapidly shrinking timeline of climate change. Europe’s policies were put into place “before scientists came to the conclusion that not all biomass is created equal,” explains Ginny Kreitler, a senior adviser on energy and the environment for National Audubon. Derb Carter, director of the Southern Environmental Law Center’s Chapel Hill, North Carolina, office, puts it more bluntly. “Europe equates woody biomass with solar panels and wind turbines,” he says. “The entire accounting policy is flawed and, frankly, dangerous.”

Much of the timber used to make pellets comes from the South’s bottomland hardwood forests—brooding groves of cypress, tupelo gums, sweetgums, oaks, and poplars. Sixty percent of the 30 million acres of hardwood bottoms once found in the Southeast have already been destroyed to make way for agricultural land and timber tracts. The woodlands that remain cloak river corridors and swamp borders with dark, Gothic forests that serve as critical habitats for such birds as Cerulean and Prothonotary warblers and 28 other species of conservation concern, 14 of them listed in Audubon’s newly released report on climate change. Conservationists also worry that in upland forests, the skyrocketing demand for pellets could accelerate the conversion of natural forests to short-rotation pine timber, which would be a devastating blow to local biodiversity.

This issue is not limited to the pinelands and river bottoms of Dixie. On a global scale, forests that serve as invaluable carbon “sinks”—lands that absorb more carbon than they emit—are under siege. In Indonesia a massive swath of rainforest and peatlands holds 57 billion tons of carbon in one of the planet’s largest sinks. But the country lost 15 million acres, or 16 percent, of its forest cover between 2002 and 2012, largely due to rampant conversion to palm oil plantations. In the dry tropical forests and savannas of South America’s Gran Chaco region, deforestation rates exceed those of even the Amazon.

As debate rages over the environmental benefits of replacing dirty coal with wood, there is at least one silver lining to the new scrutiny of the infant industry: While the 2020 guidelines are in place for the European Union, the 2030 plans and targets are not. “This is the right time for incorporating a more scientifically rigorous approach to carbon accounting of wood pellets,” says Kreitler.

It’s also the right time to recognize the value of standing forests, such as the 5,548 acres of Audubon’s 17,000-acre Francis Beidler Forest in South Carolina that were recently protected as carbon offsets in California’s cap-and-trade program. And in late June, 91 leading scientists signed a letter urging the U.S. Environmental Protection Agency to distinguish between different biomass sources as it drafts new carbon emission rules. If nothing else, the new inquiry provides an emerging forum for examining ways to make working forests more bird-friendly. “We’re forging partnerships with landowners, loggers, scientists, and even hunting clubs that lease large swaths of bottomlands,” says Curtis Smalling, director of land bird conservation for Audubon North Carolina. “We understand that healthy timber markets can have an upside for conservation, and there are lots of ways to work together.”

Five years ago there wasn’t a single wood pellet plant in North Carolina. Today there are three, and a typical plant might produce a half-million tons of wood pellets per year. According to the Southern Environmental Law Center, more than a half-dozen new pellet plants have been proposed for North Carolina and Virginia alone, with other plants planned for Louisiana, Mississippi, Georgia, and South Carolina.

I visited the Enviva plant in Ahoskie, North Carolina, on a hot day made hotter by the massive drying units that bake moisture out of wood fiber. Built on an old sawmill site, the $100 million facility shipped its first load of pellets in April 2013. It now runs 24/7. The plant looks like a gigantic hamster funhouse, a labyrinth of massive tubes and conveyors that ferry treetops, sawdust, and whole trees up to 26 inches in diameter through grinders, dryers, and presses. Much of the plant’s 39 acres are covered in soaring piles of tree trunks 30 feet high—tens of thousands of them. But all those stacks of logs are not as unequivocal as they might seem.

The value of the wood shipped to a pellet plant typically represents between 10 percent and 30 percent of the timber tract’s total value. At a harvest site in southeastern Virginia, I watched as a log loader picked up whole felled trees with a giant grappling bucket. For most trees, the lower 30 feet were sawed off and placed into one pile, earmarked for a lumber mill. Treetops up to 40 feet long were sorted for Enviva. It’s a process called “merchandising.” Timber from a single clear-cut might go to a half-dozen different mills and plants, of which a wood pellet plant is only the newest buyer.

While the budding threat looms, there’s a fair argument to be made that the wood pellet industry gives landowners another market to consider when calculating a harvest and could prompt the cutting of marginal tracts. Enviva maintains that by supporting the market for byproducts of timber harvests, it provides a financial incentive to keep forests forested, and that its procurement policies require suppliers to reforest timbered tracts, either through planting or by allowing natural regeneration to occur.

Still, those scenarios would fall under the 30- to 50-year carbon debt window that worries some conservationists. And even scientists who give tentative points to the wood pellet industry’s sustainability measures are concerned about the potential scale of the new industry. “Right now the ability of our forests to supply these materials is largely a positive story,” says Dennis Hazel, a member of North Carolina State University’s Biomass Ecosystem Sustainability Team who recently traveled to Europe to speak with legislators and industry officials. “But that is only up to a point, and we don’t know where that point is for an industry that has shown up very quickly and on a very large scale. Before we say, ‘Hey, the door is wide open,’ we need to know in real time how it impacts the landscape.”

While logging has been a common practice in the South’s bottomland forests for generations, these woodlands still retain a wild quality. Buttressed tree trunks rise to a dense canopy festooned with trumpet creeper and resurrection fern. Trellised with streams and rivers, the forests are best accessed with a paddle, so early one morning Smalling and I slipped canoes into North Carolina’s Gardner Creek, a serpentine ribbon of water that winds through private forests adjacent to the Roanoke River National Wildlife Refuge. We paddled three miles into the swamp, skies grumbling with thunder, then drifted quietly. I pulled out my smartphone and started the clock. Within two minutes Smalling had called out 16 species of singing birds. A Yellow-billed Cuckoo clattered overhead. Eastern Wood Peewees whistled back and forth across the creek. We heard Yellow-throated Warblers and Acadian Flycatchers.

For some of these birds, these habitats hold substantial portions of their overall populations. Some 14 percent of the world’s Yellow-throated Warblers breed in eastern North Carolina bottomland forests, as do an estimated 11 percent of all Acadian Flycatchers. As a primordial fish called a bowfin gulped air around our boats, a pair of Prothonotary Warblers hawked over the canoes like dragonflies dipped in gold. Another pair hopped from branch to branch, at times mere inches from the water and only 20 feet away. One in five of all Prothonotary Warblers rely on bottomland forests in eastern North Carolina.

Coupled with their irreplaceable function as a carbon sink, this ecological richness makes the possibility of losing such forests a frightening prospect. That’s what most concerns Smalling. “If the carbon accounting doesn’t change and this industry goes full-tilt boogie,” he says, “where are we going to be 5 or 10 years from now?”